Age of Universe in Quran. Moslems believe that Paradise and Hell are both much bigger and much more massive than Earth (but still much smaller than God's Throne). 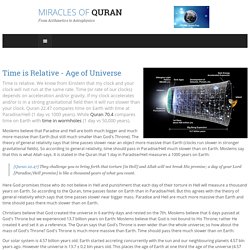 The theory of general relativity says that time passes slower near an object more massive than Earth (clocks run slower in stronger gravitational fields). Age of Universe in Quran. Meet the man saving Yazidi slaves from ISIS. Watch Arwa Damon's documentary, "ISIS in Iraq," this weekend on CNNI at 01.30 ET and 14.30 ET Saturday, and 08.30 ET Sunday. 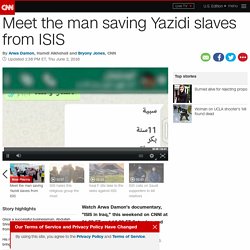 She is said to be beautiful, hardworking, and a virgin. She's also just 11 years old. This advertisement -- a screengrab from an online marketplace used by ISIS fighters to barter for sex slaves -- is one of many Abdullah Shrem keeps in his phone. Each offers vital clues -- photographs, locations -- that he hopes will help him save Yazidi girls and young women like this girl from the militants holding them captive. Shrem was a successful businessman with trade connections to Aleppo in Syria when ISIS came and kidnapped more than 50 members of his family from Iraq's Sinjar province, a handful of the thousands of Yazidis seized there in 2014. Tens of thousands of Yazidis fled their homes and clambered up Mount Sinjar in an attempt to escape the fighters; hundreds were massacred, while thousands of women and girls were abducted and sold into slavery. Honey Bees in Quran. Worker bees are all females. 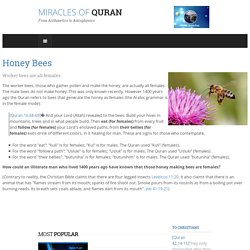 The worker bees, those who gather pollen and make the honey, are actually all females. The male bees do not make honey. This was only known recently. However 1400 years ago the Quran refers to bees that generate the honey as females (the Arabic grammar is in the female mode): [Quran 16.68-69] And your Lord (Allah) revealed to the bees: Build your hives in mountains, trees and in what people build. For the word "eat": "Kuli" is for females; "Kul" is for males.

How could an illiterate man who lived 1400 years ago have known that those honey making bees are females? (Contrary to reality, the Christian Bible claims that there are four legged insects Leviticus 11:20. 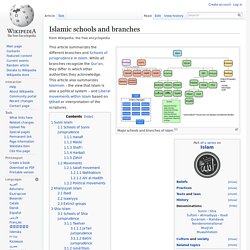 While all branches recognize the Qur'an, they differ in which other authorities they acknowledge. This article also summarizes Islamism – the view that Islam is also a political system – and Liberal movements within Islam based on Ijtihad or interpretation of the scriptures. Sunni Islam[edit] Main article: Sunni Islam. Islamic Sects, Schools, Branches & Movements. Sunni? 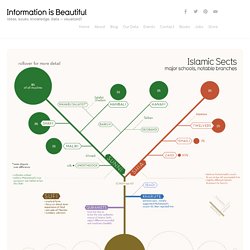 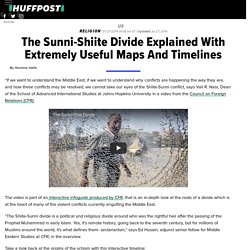 Nasr, Dean of the School of Advanced International Studies at Johns Hopkins University in a video from the Council on Foreign Relations (CFR). The video is part of an interactive infoguide produced by CFR, that is an in-depth look at the roots of a divide which is at the heart of many of the violent conflicts currently engulfing the Middle East. “The Shiite-Sunni divide is a political and religious divide around who was the rightful heir after the passing of the Prophet Muhammad in early Islam.

Yes, it’s remote history, going back to the seventh century, but for millions of Muslims around the world, it’s what defines them- sectarianism,” says Ed Husain, adjunct senior fellow for Middle Eastern Studies at CFR, in the overview. Www.bayyinah.tv/sp/9942-bayyinah-tv# Understand Quran Academy. Geography and cartography in medieval Islam. The world map of Al-Idrisi (12th century). 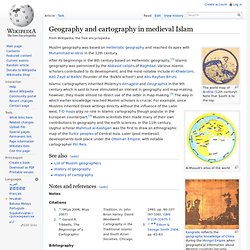 Note that South is to the top. Al-Masudi's atlas of the world. This map of the Indian Ocean and the ChinaSea was engraved in 1728 by the Hungarian-born Ottoman cartographer and publisher Ibrahim Müteferrika; it is one of a series that illustrated Katip Çelebi’s Cihannuma (Universal Geography), the first printed book of maps and drawings to appear in the Islamic world. Muslim geography was based on Hellenistic geography and reached its apex with Muhammad al-Idrisi in the 12th century. After its beginnings in the 8th century based on Hellenistic geography,[2] Islamic geography was patronized by the Abbasid caliphs of Baghdad. See also[edit] Notes and references[edit] Notes. 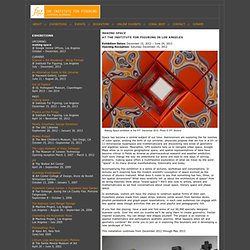 Ten-Pointed Star Tessellation. The geometric skill of the artists and designers of the Medieval Islamic world is universally recognized. 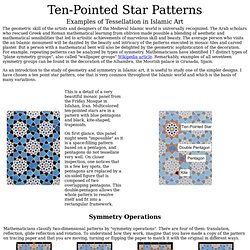 The Arab scholars who rescued Greek and Roman mathematical learning from oblivion made possible a blending of aesthetic and mathematical sensibilities that led to artisitic achievements of marvelous skill and beauty. The average person who visits the an Islamic monument will be dazzled by the beauty and intricacy of the patterns executed in mosaic tiles and carved plaster. But a person with a mathematical bent will also be delighted by the geometric sophistication of the decoration. For example, repeating patterns can be analyzed by types of symmetry. 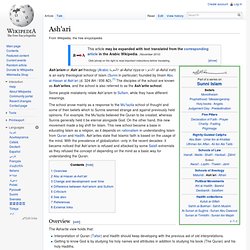 Some people mistakenly relate Ash'arism to Sufism, while they have different meanings. The school arose mainly as a response to the Mu'tazila school of thought and some of their beliefs which to Sunnis seemed strange and against previously held opinions. For example, the Mu'tazila believed the Quran to be created, whereas Sunnis generally held it be eternal alongside God. On the other hand, this new movement made a big shift for Islam.

3 censored TED talks they do not want you to see. 1. Graham Hancock – The War on Consciousness Read Hancock’s TED Talk, “The War on Consciousness”, was deliberately removed from YouTube: “Graham Hancock’s talk, again, shares a compelling and unorthodox worldview, but one that strays well beyond the realm of reasonable science. While attempting to critique the scientific worldview, he misrepresents what scientists actually think…” Chris Anderson, [TED]. After some debate, this presentation was not fully re-posted to TED’s site, but rather subjugated to a new, unseen basement corner on TED’s site, limiting its future visibility. Graham Hancock is the author of major international bestsellers, his books have sold more than five million copies worldwide and have been translated into 27 languages. How Does An Islamist Extremist Change His Mind?

Part 3 of the TED Radio Hour episode Turning Points. About Maajid Nawaz's TEDTalk For more than a decade, Maajid Nawaz recruited young Muslims to an extreme Islamist group. But while serving time in an Egyptian prison, he went through a complete ideological transformation. He left the group, his friends, his marriage for a new life as a democracy advocate. About Maajid Nawaz As a teenager, British-born Maajid Nawaz was recruited to an extremist global Islamist organization called Hizb ut-Tahrir, whose goal is to unite all Muslim countries into one caliphate ruled by Islamic law.

Ghamidi- To Non-Muslims- Daawah or Curse? Ghamidi - Hell for all Non-Muslims? Heaven for all Muslims? Javed Ahmed Ghamidi aur Inkar e Hadees [Exclusive Interview] Imam al-Bukhari and the Science of Hadith. In Islamic sciences, all knowledge of the religion comes back to two sources: the Quran and the sayings and doings of the Prophet Muhammad ﷺ – the hadith. The Quran is of course considered the un-changed word of Allah as revealed to Prophet Muhammad ﷺ and is thus the foundation of all Islamic knowledge. Ottoman Empire.