Research 2 music from other countries 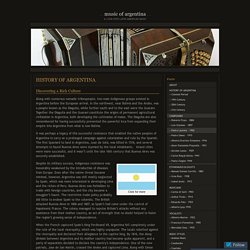 In the northwest, near Bolivia and the Andes, was a people known as the Diaguita, while further south and to the east were the Guarani. Together the Diaguita and the Guarani constitute the origins of permanent agricultural civilization in Argentina, both developing the cultivation of maize. KLEZMER MUSIC. Klezmer music originated in the 'shtetl' (villages) and the ghettos of Eastern Europe, where itinerant Jewish troubadours, known as 'klezmorim', performed at joyful events ('simkhes'), particularly weddings, since the early middle age till the nazi and Stalinian prosecutions.

It was inspired by secular melodies, popular dances, 'khazones' (khazanut, Jewish liturgy) as well as by the 'nigunim', the simple and often wordless melodies, intended by the 'Hasidim' (orthodox Jews) for approaching God in a kind of ecstatic communion. In (mutual) contact with Slavonic, Greek, Ottoman (Turkish), Gypsy and -later- American jazz musicians, using typical scales, tempo and rhythm changes, slight dissonance and a touch of improvisation, the 'klezmorim' acquired the ability to evoke all kinds of emotions, through a very diversified music. back home "Klezmer: it's not just music - it's a way of life! " SoundBite2. Traditional indonesian songs - Bing video. Music Traditions in Indonesia. More than 17,000 islands make up the Indonesian archipelago, and the nation has a cultural diversity that reflects this enormous size. 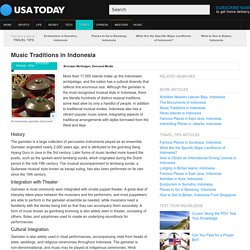 Although the gamelan is the most recognized musical style in Indonesia, there are literally hundreds of distinct musical traditions, some kept alive by only a handful of people. In addition to traditional musical modes, Indonesia also has a vibrant popular music scene, integrating aspects of traditional arrangements with styles borrowed from the West and Asia. Japanese Traditional Music. Traditional Japanese music usually refers to Japan's historical folk music. 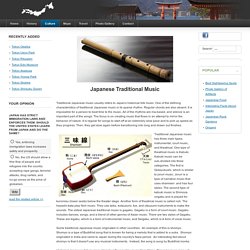 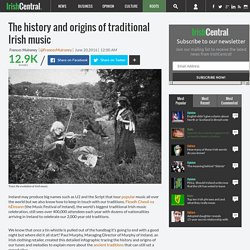 Ireland may produce big names such as U2 and the Script that tour popular music all over the world but we also know how to keep in touch with our traditions. Fleadh Cheoil na hÉireann (the Music Festival of Ireland), the world’s biggest traditional Irish music celebration, still sees over 400,000 attendees each year with dozens of nationalities arriving in Ireland to celebrate our 2,000 year old traditions. We know that once a tin whistle is pulled out of the handbag it’s going to end with a good night but where did it all start?

Paul Murphy, Managing Director of Murphy of Ireland, an Irish clothing retailer, created this detailed infographic tracing the history and origins of our tunes and melodies to explain more about the ancient traditions that can still set a crowd alive. African music. 01track0.