Social media and collective action participation: A socio-psychological investigation. EmeraldInsight. Social Media Use in the Workplace: A Study of Dual Effects: Social Sciences & Online Behavior Journal Article. Article Preview Workplace communication is evolving at a dramatic rate due to the introduction of new and changing technologies such as social media. 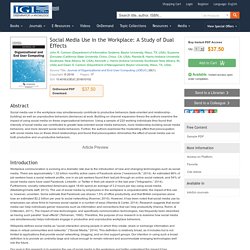 There are approximately 1.32 billion monthly active users of Facebook alone (“newsroom.fb,” 2014). An estimated 86% of job seekers have a social network profile, one in six job seekers found their last job through an online social network, and 54% of social media users have used Facebook, LinkedIn, or Twitter in their job search in the last year (“Infographic,” 2014). An Error Occurred Setting Your User Cookie. An emerging – Social and emerging computing enabled philosophical paradigm for collaborative learning systems: Toward high effective next generation learning systems for the knowledge society. 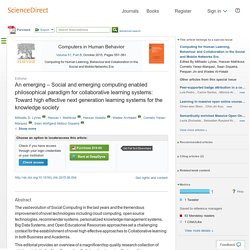 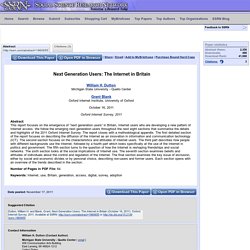 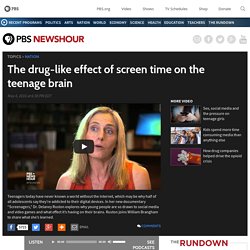 The report issued yesterday by Common Sense Media found half of all young people feel they are addicted to their devices. Almost 60 percent of adults think their kids are addicted too. And a third of parents and teens say that they argue daily about screen time. Now a new documentary explores this topic and offers ideas about what families can do to navigate these waters. Move Over, Millennials, Here Comes Generation Z. With the oldest members of this cohort barely out of high school, these tweens and teens of today are primed to become the dominant youth influencers of tomorrow. 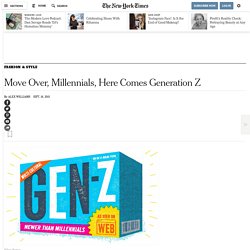 Flush with billions in spending power, they promise untold riches to marketers who can find the master key to their psyche. No wonder the race to define, and market to, this demographic juggernaut is on. The Positive & Negative Impacts of Social Media on Our New Generation. By Khaama Press - Wed Nov 19 2014, 12:40 pm 42033 views Email3 mails Print Asad Ziar contributed this article to Khaama Press. 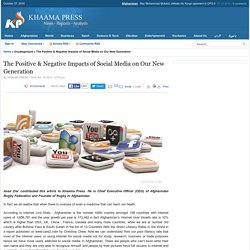