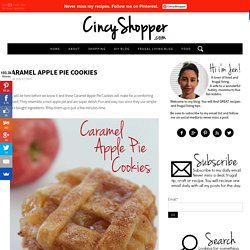 They resemble a mini apple pie and are super delish. Fun and easy too since they use simple store bought ingredients. An Incomplete (Yet Totally Terrifying) Ohio Charter School Scandal Chronology. An incomplete chronology of recent charter school scandals revealing a pattern of indifference and cover-ups at the highest levels of state government. 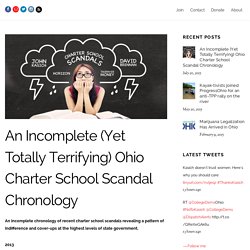 Early summer, 2013 Dayton teacher Matthew Blair calls and emails the Ohio Department of Education to tell them about test tampering and other irregularities at the Horizon Science Academy of Dayton. Blair said no one responded. Horizon schools are managed by the Chicago-based Concept schools and affiliated with the Gulen movement, named after Fethullah Gulen, a Muslim cleric living in self-imposed exile in Pennsylvania. Aug. 2013 The Kasich Administration announces it is hiring David Hansen for the Ohio Department of Education’s newly created position of “executive director for the office of quality school choice and funding.’’

Mother’s Day is only 2 weeks away! Can you believe it? I typically don’t plan for this holiday until the weekend before but I found out last year that just doesn’t work when you are planning ideas for a classroom full of kids! Last year, I came up with so many great ideas but I was too late to implement any of them. This year, I AM READY! The 10 happiest jobs in America. What makes one career path ultimately "happier" than the next is certainly subjective. 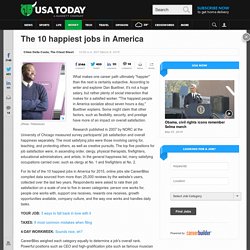 According to writer and explorer Dan Buettner, it's not a huge salary, but rather plenty of social interaction that makes for a satisfied worker. "The happiest people in America socialize about seven hours a day," Buettner explains. Some might claim that other factors, such as flexibility, security, and prestige have more of an impact on overall satisfaction. Research published in 2007 by NORC at the University of Chicago measured survey participants' job satisfaction and overall happiness separately. The most satisfying jobs were those involving caring for, teaching, and protecting others, as well as creative pursuits. For its list of the 10 happiest jobs in America for 2015, online jobs site CareerBliss compiled data sourced from more than 25,000 reviews by the website's users, collected over the last two years.

An Open Letter: When is enough, enough? I continue to read news articles about parents, teachers, and administrators that pertain to Ohio’s new assessments that begin the week of February 17. 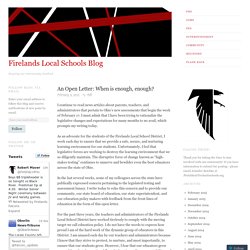 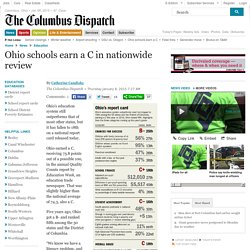 Ohio earned a C, receiving 75.8 points out of a possible 100, in the annual Quality Counts report by Education Week, an education trade newspaper. That was slightly higher than the national average of 74.3, also a C. Five years ago, Ohio got a B- and ranked fifth among the 50 states and the District of Columbia. Rage Against the Common Core. STARTING in the mid-1990s, education advocates began making a simple argument: National education standards will level the playing field, assuring that all high school graduates are prepared for first-year college classes or rigorous career training. 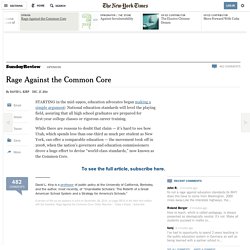 While there are reasons to doubt that claim — it’s hard to see how Utah, which spends less than one-third as much per student as New York, can offer a comparable education — the movement took off in 2008, when the nation’s governors and education commissioners drove a huge effort to devise “world-class standards,” now known as the Common Core. Although the Obama administration didn’t craft the standards, it weighed in heavily, using some of the $4.35 billion from the Race to the Top program to encourage states to adopt not only the Common Core (in itself, a good thing) but also frequent, high-stakes testing (which is deeply unpopular).

At least four states that adopted the Common Core have opted out. Gov. Last year, Mr. Principals reject ‘value-added’ assessment that links test scores to educators’ jobs. Even as the Obama administration keeps extending its support for using standardized test scores for high-stakes decisions — see its new draft proposals to rate colleges of education based on the test scores of the graduates’ students — a national principals group is taking a stand against it. 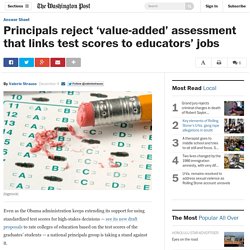 The Board of Directors of the National Association of Secondary School Principals has given preliminary approval to a statement that rejects linking educators’ jobs and pay to standardized test scores that are plopped into a formula that can supposedly determine exactly how much “value” an individual educator has added to students’ academic growth. What it really means to be a public school educator today.

Mi.php?dest=http%3A%2F%2Fwww.theblaze. A Natural Fix for A.D.H.D. Photo ATTENTION deficit hyperactivity disorder is now the most prevalent psychiatric illness of young people in America, affecting 11 percent of them at some point between the ages of 4 and 17. 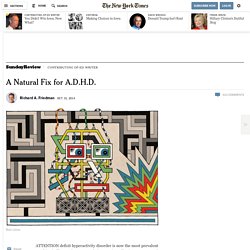 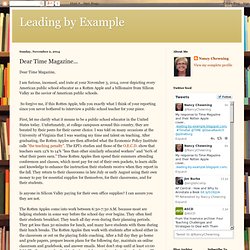 So forgive me, if this Rotten Apple, tells you exactly what I think of your reporting since you never bothered to interview a public school teacher for your piece. First, let me clarify what it means to be a public school educator in the United States today. Unfortunately, at college campuses around this country, they are berated by their peers for their career choice. I was told on many occasions at the University of Virginia that I was wasting my time and talent on teaching.

After graduating, the Rotten Apples are then afforded what the Economic Policy Institute calls “the teaching penalty”. Is anyone in Silicon Valley paying for their own office supplies? September-2014-Ohio-K-8-Monthly-Communication.pdf.aspx. Time Magazine Cover Leaves Teachers Outraged. After teachers discovered Time Magazine's November 3 cover headline, some were outraged enough to petition for Time to apologize for the "attack.

" The headline, which reads: "Rotten Apples: It's Nearly Impossible to Fire a Bad Teacher. Some Tech Millionaires May Have Found a Way to Change," will "blame teachers for the problems in America's schools," said the pledge on ATF.org. How is Value-Added Calculated? SAS Inc. Bc_slo_handbook2.pdf. 5 Ways to Go Far Beyond Google Alerts. We all try to keep up with competitors, trends, key players, or even just keywords that are important to our industries. To do that, many people use Google Alerts. For a long time I did. I would set up a Google Alert on a customer's name, company name, and a few topics of interest. Then I could re-connect with that person and actually have something to offer: congratulations, information about a new competitor, trends in their industry, etc, turning a boring (and all too obvious), "Thinking of you...

" into a much more meaningful, "I saw this and immediately thought of you... " Unfortunately, Google Alerts isn't particularly powerful or convenient. Here are five ways to use mention to beyond Google Alerts: 1. Student-learning-objectives-presentation. Walkthrough Observation Software The Administrative Observer.