Archaeological Conservancy. General Anthony Wayne was an important figure during the early formation of the American military. 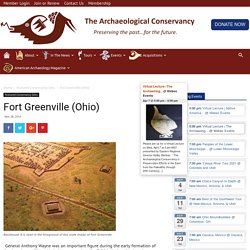 He led troops against the British during the American Revolution and was appointed commander-in-chief of the United States Army by President George Washington. During the 1790s he established a number of military forts along the Northwestern frontier of the United States as westward expansion continued. One of those forts, built in 1793 in what would soon become western Ohio, was Fort Greenville. At the time of its construction Fort Greenville was the largest wooden fort in North America, covering over 50 acres. 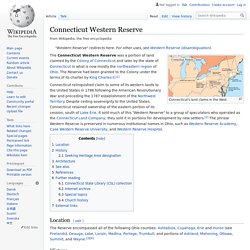 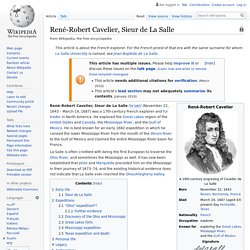 He explored the Great Lakes region of the United States and Canada, the Mississippi River, and the Gulf of Mexico. He is best known for an early 1682 expedition in which he canoed the lower Mississippi River from the mouth of the Illinois River to the Gulf of Mexico and claimed the entire Mississippi River basin for France. La Salle is often credited with being the first European to traverse the Ohio River, and sometimes the Mississippi as well. LA MOTTE DE LUCIÈRE, DOMINIQUE – Volume I (1000-1700) LA MOTTE DE LUCIÈRE, DOMINIQUE, companion of Cavelier de La Salle in his explorations, commandant of Fort Conti at Niagara, substitute captain of the guards of the king’s farms, of noble birth; b. 1636 at Vernix (Normandy), son of Jean de La Motte and Clémence de Badon; d. 17 Sept. 1700 at Montreal and was buried there the following day. 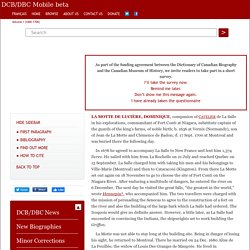 In 1678 he agreed to accompany La Salle to New France and lent him 1,374 livres. He sailed with him from La Rochelle on 21 July and reached Quebec on 15 September. La Salle charged him with taking his men and his belongings to Ville-Marie (Montreal) and then to Cataracoui (Kingston). From there La Motte set out again on 18 November to go to choose the site of Fort Conti on the Niagara River. After enduring a multitude of dangers, he entered the river on 6 December. La Motte was not able to stay long at the building site. On 26 July 1683 La Motte asked for and obtained the abandoned seigneury of Lussaudière. 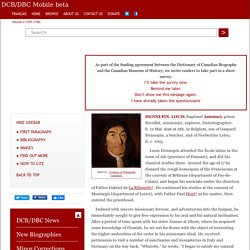 Louis Hennepin attended the École latine in the town of Ath (province of Hainaut), and did his classical studies there. Around the age of 17 he donned the rough homespun of the Franciscans at the convent of Béthune (department of Pas-de-Calais), and began his noviciate under the direction of Father Gabriel de La Ribourde*. He continued his studies at the convent of Montargis (department of Loiret), with Father Paul Huet* as his master, then entered the priesthood. Imbued with sincere missionary fervour, and adventurous into the bargain, he immediately sought to give free expression to his zeal and his natural inclination.

Erie people. Their villages were burned as a lesson to those who dared oppose the Iroquois. 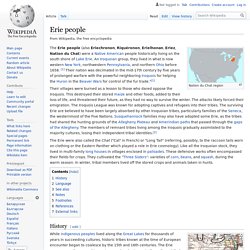 This destroyed their stored maize and other foods, added to their loss of life, and threatened their future, as they had no way to survive the winter. The attacks likely forced their emigration. The Iroquois League was known for adopting captives and refugees into their tribes. The Jesuit Relations. Cover of the Jesuit Relations for 1662-1663. 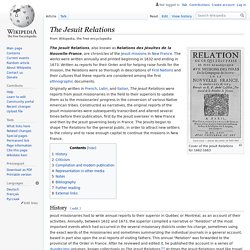 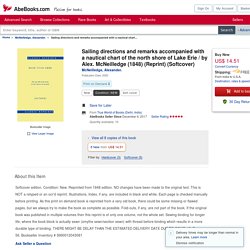 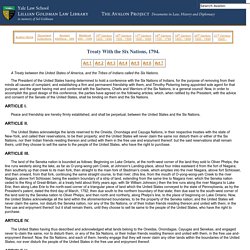 A Treaty between the United States of America, and the Tribes of Indians called the Six Nations. The President of the United States having determined to hold a conference with the Six Nations of Indians, for the purpose of removing from their minds all causes of complaint, and establishing a firm and permanent friendship with them; and Timothy Pickering being appointed sole agent for that purpose; and the agent having met and conferred with the Sachems, Chiefs and Warriors of the Six Nations, in a general council: Now, in order to accomplish the good design of this conference, the parties have agreed on the following articles; which, when ratified by the President, with the advice and consent of the Senate of the United States, shall be binding on them and the Six Nations. 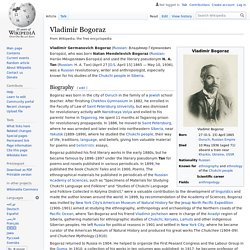 A. Tan (Russian: Н. А. Тан) (April 27 [O.S. April 15] 1865 — May 10, 1936), was a Russian revolutionary, writer and anthropologist, especially known for his studies of the Chukchi people in Siberia. Biography[edit] Bogoraz returned to Russia in 1904. Cave-In-Rock, Illinois. Great Lakes passenger steamers. The history of commercial passenger shipping on the Great Lakes is long but uneven. It reached its zenith between the mid-19th century and the 1950s. As early as 1844, palace steamers carried passengers and cargo around the Great Lakes. By 1900, fleets of relatively luxurious passenger steamers plied the waters of the lower lakes, especially the major industrial centres of Chicago, Milwaukee, Detroit, Cleveland, Buffalo, and Toronto.

History[edit] Providence, Ohio. Ghost town in Ohio, United States Providence is a ghost town on the north side of the Maumee River in southern Providence Township, Lucas County, Ohio, United States, about 24 miles (39 km) southwest of Toledo. After suffering a destructive fire and a cholera epidemic in mid-19th century, the village was abandoned. In this period, canal traffic had also fallen off. The area is now maintained as Providence Metropark of Toledo, featuring numerous elements of the canal era, including a mule-drawn canal boat on a restored section of the Miami and Erie Canal, and an operating saw and gristmill. History[edit] The village of Providence was founded by a French Canadian, Peter Manor, who was the first white man to settle upriver on the Maumee River away from Lake Erie.[1] He arrived there in 1816 in order to establish a fur trading post for the North West Fur Company, then based in Montreal, Quebec, Canada. Carthagena, Ohio. Carthagena [1] is an unincorporated community in Mercer County, Ohio, United States.

It has an elevation of 909 feet (277 m) and is located at WikiMiniAtlas 40°26′12″N 84°33′36″W / 40.43667°N 84.56000°W / 40.43667; -84.56000Coordinates: History[edit] Fugitives from Slavery - Ohio History Central. Before the American Civil War, a large number of fugitives from slavery passed through Ohio. Upper Sandusky, Ohio - Ohio History Central. Upper Sandusky had its beginnings as a Wyandot villages. National Underground Railroad Freedom Center. William J. Mitsch. William Mitsch, born March 29, 1947 in Wheeling, West Virginia USA, is an ecosystem ecologist and ecological engineer who was co-laureate of the 2004 Stockholm Water Prize in August 2004 as a result of a career in wetland ecology and restoration, ecological engineering, and ecological modelling.