Art Appreciation - understanding the qualities of great art. Art Appreciation. The Design Elements of Composing a Drawing Composition refers to the organization, arrangement, and combination of objects within the borders of a drawing space. 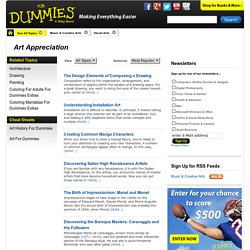 For a great drawing, you want to bring the eyes of the viewer toward your center of [more…] Understanding Installation Art Installation art is difficult to describe. In principal, it means taking a large interior (the exterior can be part of an installation, too) and loading it with disparate items that evoke complex and multiple [more…] Creating Common Manga Characters When you know how to draw a manga figure, you're ready to turn your attention to creating your own characters. 20 Cool Hostels In Europe For Every Traveler Who’s On A Budget. Hostels are no longer lousy, cheap temporary stays you’d love to escape as fast as you could, but trendy and stylish hubs, competing with each other in terms of creativity and extra free perks. 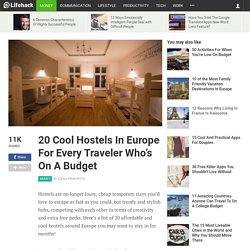 The Most Beautiful Artificial Caves Ever Built. The Strangest Discoveries That Made Me Fall in Love With Science Again. My interest in science was rekindled when I went back to school to finally get my degree. 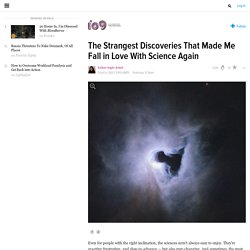 Two classes left me with a life-long fascination with two branches of science, but through them, an wide variety of other branches of science. Astronomy - to fill my science requirement, I took a basic astronomy class. I learned about black body radiation, and energy states of atoms, and exactly how we know how far away, how hot and how fast stars are moving away or towards us. Here's Your Opportunity To Help Name The Features Of Pluto And Charon. Can You See The Optical Illusion In This Comic Book Cover? These Futuristic Churches Will Fill Even Non-Believers With Awe. 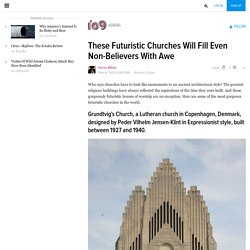 Flagged More like priorities come to mind. Ours don't—i.e. the ones in California. Remember the time we bombed Mexico with German rockets? The German rocket scientists were also "spoils of war". 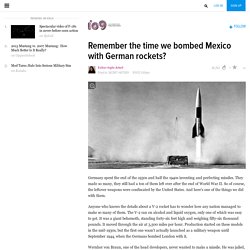 1970, The Year We Accidentally Bombed Mexico (Again) How Did Edgar Allan Poe Manage To Describe The Big Bang In 1848? 5 Historical Figures More Terrifying Than Any Horror Villain. Induction heating. Bracewell probe. Artist´s interpretation of an interstellar robotic probe A Bracewell probe is a hypothetical concept for an autonomous interstellar space probe dispatched for the express purpose of communication with one or more alien civilizations. 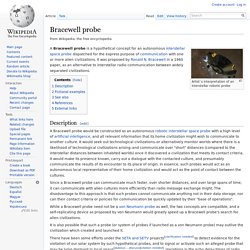 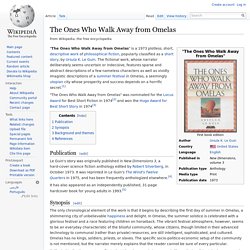 Le Guin. The fictional work, whose narrator deliberately seems uncertain or indecisive, features sparse and abstract descriptions of a few nameless characters as well as vividly imagistic descriptions of a summer festival in Omelas, a seemingly utopian city whose prosperity and success depends on a horrific secret.[1] "The Ones Who Walk Away from Omelas" was nominated for the Locus Award for Best Short Fiction in 1974[2] and won the Hugo Award for Best Short Story in 1974[3] Publication[edit] Le Guin's story was originally published in New Dimensions 3, a hard-cover science fiction anthology edited by Robert Silverberg, in October 1973.

It has also appeared as an independently published, 31-page hardcover book for young adults in 1993.[5] Synopsis[edit] Background and themes[edit] The quote from William James is: References[edit] Notes. This 2000-Year-Old Pigment Can Eliminate The Third Dimension. Kinja is in read-only mode. 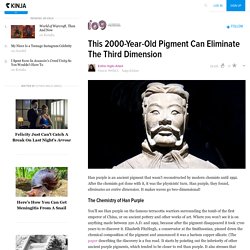 We are working to restore service. Do Want: A Modular, Programmable Robot Made Of Paper And Cardboard. I think "motion machine" is a much better label than "robot". 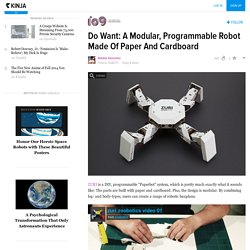 It looks really cool, but it seems to be able to do little more than wiggle across the floor a little. The guy demo-ing it even had to pick it up and bring it back. I thought it was programmable and control-able? In addition to a distance sensor, the Paper Robot has servo motors, servo controllers and a Bluetooth module for wireless control via PC or smartphone. 6 Impressive Works of Architecture in the Middle of Nowhere. 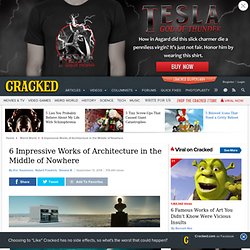 Science Hack Day. Category:Operas by genre. List of opera genres. The Paris foire St Germain, c. 1763, after the fire of 1762 Nicolet's theatre at the foire St Laurent, c. 1786 In the early 18th century, the Théâtre de la foire in Paris – a collective name for the theatres at the annual fairs at St Germain, St Laurent (see illustration above) and later, St Ovide – offered performances with both music and spoken dialogue.

List of opera topics. Opera is an art form in which singers and musicians perform a dramatic work (called an opera) which combines a text (called a libretto) and a musical score.[1] Opera is part of the Western classical music tradition. While the scale of opera can be larger or smaller - there are many different genres of opera - performance typically involves different types of artist (singers, instrumentalists and often dancers and actors) and technical staff. Usually an orchestra led by a conductor accompanies the singers. In contrast to spoken theatre, the opera world is international.

German, French, Italian and English works are performed worldwide in their original languages, and artists travel from country to country performing.[2] Mode (music) Modern Dorian mode on C Play Early Greek treatises on music do not use the term "mode" (which comes from Latin), but do describe three interrelated concepts that are related to the later, medieval idea of "mode": (1) scales (or "systems"), (2) tonos—pl. tonoi—(the more usual term used in medieval theory for what later came to be called "mode"), and (3) harmonia (harmony)—pl. harmoniai—this third term subsuming the corresponding tonoi but not necessarily the converse (Mathiesen 2001a, 6(iii)(e)).