61a1db ac64086a72914ba9afe33d17d5ed7b22. Israel: Roadmap for smart grid implementation. The question of smart grid in Israel is not if but when and how, and the country should start with a trial and determining an adequate incentive to implement the smart grid technology, a new paper from the Israeli Smart Energy Association (ISEA) recommends. 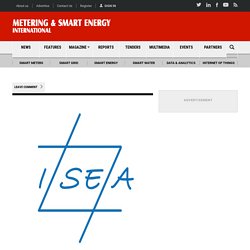 The ‘Roadmap for Smart Grid Implementation in Israel’ is aimed to analyze the smart grid in an objective manner from the point of view of the national economy. The focus is on an enhanced smart meter deployment, including the technology, engineering, regulation, legal, marketing and economic aspects, and the role of the local industry. According to the paper, Israel is an "interesting case". On the one hand, the Israel Electric Company (IEC) has installed advanced control and supervision systems in the transmission and distribution segments. Dr. Amit Mor, Eco Energy, Energy Resources in the East Mediterranean. חברת Alstom SA, תאגיד האנרגיה הרב הלאומי, חברת רותם תעשיות, הזרוע העסקית של הקריה למחקר גרעיני נגב והנהלת קיבוץ חצרים, הכריזו על התנעת תהליך לתכנון מיזם מיקרו גריד ראשון מסוגו בישראל בקיבוץ חצרים.

Microgrids are poised to grow as large utilities see a growth vehicle. Editor's note: This article is part of a spotlight series focused on microgrids. 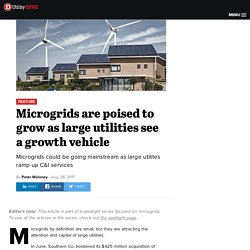 To see all the articles in the series, check out the spotlight page. Microgrids by definition are small, but they are attracting the attention and capital of large utilities. In June, Southern Co. bolstered its $425 million acquisition of PowerSecure International by forming a strategic alliance with Advanced Microgrid Solutions to jointly develop and deploy behind-the-meter distributed energy resources across the United States.

That move was preceded by Southern’s October partnership with Bloom Energy for 50 MW of distributed fuel cells. Not so long ago, microgrids were seen as a threat to utilities, a third-party encroachment that could eat away at their traditional business model. Even absent the threat from microgrids, utilities are feeling pressure from their savviest customers, the commercial and industrial sector for whom energy costs can represent a large portion of their business costs. What you need to know about microgrids. An article from Published Aug. 29, 2017 Microgrids are an old concept, but recently they've garnered renewed interest within the power sector. For years, utilities have invested in centralized plants, building miles and miles of transmission lines to ship power where it needs to go. 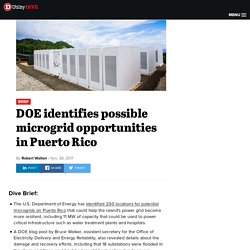 Department of Energy has identified 200 locations for potential microgrids on Puerto Rico that could help the island's power grid become more resilient, including 11 MW of capacity that could be used to power critical infrastructure such as water treatment plants and hospitals.A DOE blog post by Bruce Walker, assistant secretary for the Office of Electricity Delivery and Energy Reliability, also revealed details about the damage and recovery efforts, including that 18 substations were flooded in the storm and three could not be brought back online due to severe damage.In the two months since Hurricane Maria battered the island, about 58% of its generation has been brought back online and the recovery efforts have been overshadowed by a controversial restoration contract island officials signed with Montana-based Whitefish Energy.

Dive Insight: In a blog post last week, DOE's Walker said he has spent more than two weeks in Puerto Rico and the U.S. What you need to know about microgrids. Pittsburgh's Microgrids Technology Could Lead The Way For Green Energy. Gregory Reed tours a former school now becoming a lab for energy research in Pittsburgh. 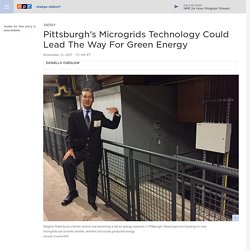 Reed says he's focusing on how microgrids can provide reliable, resilient and locally produced energy. Daniella Cheslow/NPR hide caption toggle caption Daniella Cheslow/NPR Gregory Reed tours a former school now becoming a lab for energy research in Pittsburgh. When President Donald Trump announced the U.S. would withdraw from the Paris climate accord, he said he represented "Pittsburgh, not Paris. " Pittsburgh Mayor Bill Peduto disagreed. Usually, power grids rely on a far-flung network. A pilot site for microgrids is at the Pitt Ohio trucking company in nearby Harmar, Pa. "We're anticipating about a seven to eight-year return on investment," said Maug. Gregory Reed, head of the energy program at the University of Pittsburgh's engineering school, designed the grid.

"This is really a first step in the direction we want to take for larger scale installations," he added. Microgrid Portfolio of Activities. LO3 Energy at EventHorizon 2017 - Scott Kessler. How Smart is a Smart Grid? By: Dr Gareth Evans - Updated: 29 Sep 2015| *Discuss The world has become an increasingly ‘smart’ place, with in-built intelligence and enhanced functionality now coming as standard features in everything from bombs to phones – and now it seems the race is on to smarten up the grid too, and change the way we get our electricity forever. 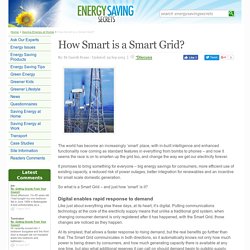 It promises to bring something for everyone – big energy savings for consumers, more efficient use of existing capacity, a reduced risk of power outages, better integration for renewables and an incentive for small scale domestic generation. So what is a Smart Grid – and just how ‘smart’ is it? Digital enables rapid response to demand. Subscribe to read. Smart Grid Denmark - the intelligent power grid of the future. What Is the Smart Grid? What is the smart grid? - by Scientific American. Smart Grid, Utilities, and Internet Protocols. The Grid Edge Awards: Building the 21st-Century Energy System. 1Energy’s ambitions extend beyond batteries as well, with the October launch of its Distributed Energy Resource Optimizer, or DERO, platform. 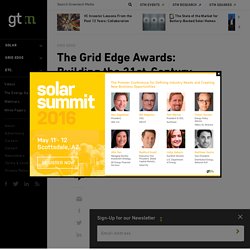 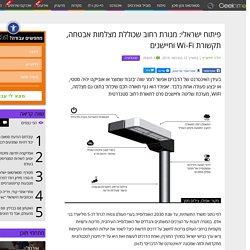 Power and gas grids. Superconductors, laser technology and new gas holders: from more than 100 years of experience, RWE knows that, to sustainably underpin dependable, economic and environmentally-friendly power and gas supplies, you need investment in new technologies as well as steady process improvements. 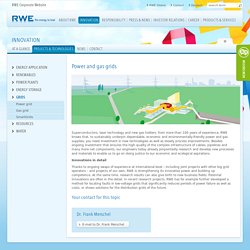 Besides ongoing investment that ensures the high quality of the complex infrastructure of cables, pipelines and many more net components, our engineers today already pinpointedly research and develop new processes and materials to enable us to go on doing justice to our economic and ecological aspirations. News and Events sIMS - smart Infrastructure Management System - 3M Smart Grid - 3M Europe. 1st December 2013. 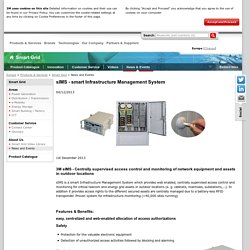