This page is a collection of programmes, podcasts (they are remarkably effective ways of learning) and websites that you could use to expand your knowledge.

The more contextual knowledge you have, the higher the chance of getting a top grade. True fact.

What problems did Elizabeth I face at the begining of her reign? - A-Level History. Extracts from this document... 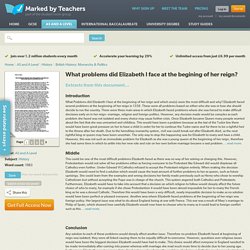 Introduction What Problems did Elizabeth I face at the beginning of her reign and which one(s) were the most difficult and why? Elizabeth faced several problems at the beginning of her reign in 1558. These were all problems based on either who she was or how she should decide to run the country. There were three main areas in which Elizabeth faced problems where she was forced to make difficult decisions early on in her reign: marriage, religion and foreign politics. Middle. Monarchy and religion in Tudor England. Early Elizabethan England 1558-88. Inside the mind of Elizabeth I. Catholics in Elizabethan England. Shakespeare’s greatest actor. Elizabethan England’s relationship with the Islamic world. At a time when many people rarely travelled beyond the village or town in which they were born, the assumption is that England in the late 15th and 16th century was defined by the timeless rhythms of agrarian Anglo-Saxon traditions: exclusively white and Christian. 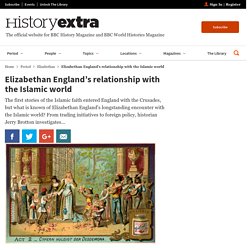 Even Henry VIII’s split from Rome in the 1530s was seen as a religious controversy involving high European politics that had little bearing on everyday life in the country’s shires. For many people living outside London this picture may have been true, but in recent years historical research has begun to offer a far more complicated story of this sceptered isle’s relations with the wider world, even beyond Europe. 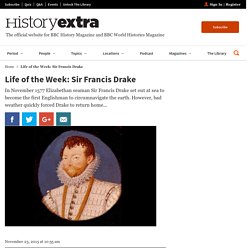 Miniature from the studio of Nicholas Hilliard, c1591. (Photo by Universal History Archive/Getty Images) A few weeks later, Drake set sail for a second time. He did not return to England for nearly three years, until after completing his circumnavigation mission. Alongside his exploratory successes in sailing across the earth, Sir Francis Drake was also one of the most prominent naval leaders of the Spanish Armada in 1588. Here, we look at the seaman’s life… Born: c1540 in Tavistock, Devon. Homeschool History - Mary Queen of Scots - BBC Sounds. Like watching TV? Watch this episode about Elizabeth's spymasters - Cecil and Walsingham. Elizabeth I: The monarch behind the mask. In 1586, Queen Elizabeth I declared: “We princes, I tell you, are set on stages in the sight and view of all the world duly observed; the eyes of many behold our actions, a spot is soon spied in our garments; a blemish noted quickly in our doings.” 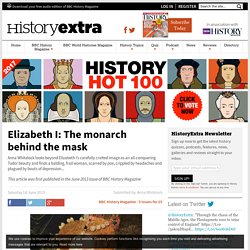 Elizabeth’s “doings” – the state of her health, her actions and behaviour – were the subject of international speculation. Her ‘private’ life was of ‘public’ concern. Her body was held to be one and the same as England. The stability of the state depended on the queen’s wellbeing, chastity and fertility. An elderly, unmarried queen with no heir raised fears. Hiding the ugly truth Elizabeth’s ladies spent hours preparing the ageing queen’s pocked face for the public. Elizabeth’s contemporaries believed that beauty amplified female power, and so they regarded the queen’s splendour as confirmation of her claim to the throne. Elizabeth wore a garish vermilion, also known as cinnabar, which gave an intense red colour. Was she really a virgin? iWonder - Elizabeth I: Troubled child to beloved Queen.

The rivalry between Elizabeth I and Mary, Queen of Scots. 1558-59: The rivals take the stage On 17 November 1558 Elizabeth I acceded to the throne of England having been acknowledged as Henry VIII’s heir in her father’s will and testament. 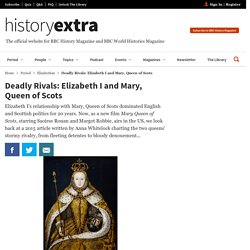 Yet for many Catholics in England and abroad, Elizabeth was illegitimate. They saw Mary Stuart, queen of Scotland and legitimate granddaughter of Henry’s sister Margaret Tudor, as the rightful queen of England. One was Henry II, king of France, whose son François was married to Mary. He proclaimed the couple as king and queen of England, and ordered that the royal arms of England be quartered with those of Scotland and France on his niece’s badges and silverware. Elizabeth’s secretary, William Cecil, realised that as long as Mary lived, “this quarrel now begun, is undoubtedly like to be a perpetual incumbrance of this kingdom”. 1560: Elizabeth strikes the first blow Mary was still in France when, in 1560, a Protestant and anti-French uprising threatened her Scottish throne. Living in the 15th century - Currency converter. Standard of Living A hierarchy of consumption patterns mirrored the social hierarchy. 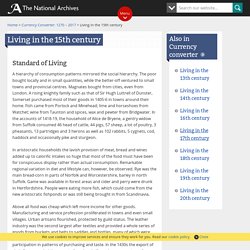 The poor bought locally and in small quantities, while the better-off ventured to small towns and provincial centres. Magnates bought from cities, even from London. A rising knightly family such as that of Sir Hugh Luttrell of Dunster, Somerset purchased most of their goods in 1405-6 in towns around their home. Fish came from Porlock and Minehead; lime and horseshoes from Watchet; wine from Taunton and spices, wax and pewter from Bridgwater. In aristocratic households the lavish provision of meat, bread and wines added up to calorific intakes so huge that most of the food must have been for conspicuous display rather than actual consumption.

Above all food was cheap which left more income for other goods.