This interactive map shows why renewables and natural gas are taking over the US. E-Commerce: Convenience Built on a Mountain of Cardboard. Photo. 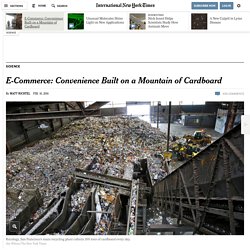 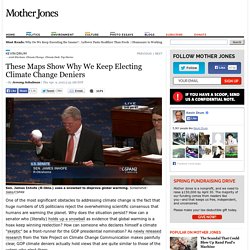 James Inhofe (R-Okla.) uses a snowball to disprove global warming.Screenshot: Slate/CSPAN One of the most significant obstacles to addressing climate change is the fact that huge numbers of US politicians reject the overwhelming scientific consensus that humans are warming the planet. NASA made an adorable video explaining climate change. l think a lot of people will FINALLY get it. 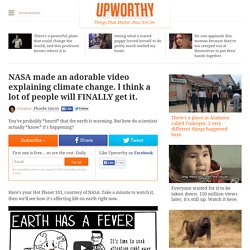 Watch 60 Years Of Climate Change In 15 Seconds. Perspective, they say, is everything. 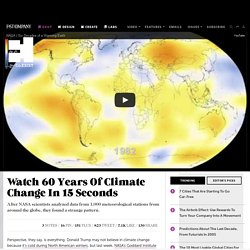 Donald Trump may not believe in climate change because it's cold during North American winters, but last week, NASA's Goddard Institute for Space Studies (GISS) released a compelling report to the contrary, based on a 60-year temperature analysis from 1,000 meteorological stations from around the globe. The scientists found that 2013 was one of the warmest years on record, "continuing a long-term trend of rising global temperatures" driven by man-made emissions. Rebecca Solnit: The Age of Capitalism is over. It was the most thrilling bureaucratic document I’ve ever seen for just one reason: it was dated the 21st day of the month of Thermidor in the Year Six. 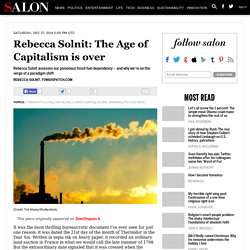 Written in sepia ink on heavy paper, it recorded an ordinary land auction in France in what we would call the late summer of 1798. But the extraordinary date signaled that it was created when the French Revolution was still the overarching reality of everyday life and such fundamentals as the distribution of power and the nature of government had been reborn in astonishing ways.

The new calendar that renamed 1792 as Year One had, after all, been created to start society all over again. In that little junk shop on a quiet street in San Francisco, I held a relic from one of the great upheavals of the last millennium. It made me think of a remarkable statement the great feminist fantasy writer Ursula K. Governor Andrew Cuomo Bans Fracking in New York Citing Health Concerns. An analysis of the findings in Governor Andrew Cuomo's 184-page review of hydraulic fracturing CREDO.fracking/Flickr The battle over untapped natural gas in New York State appears to have reached its end. 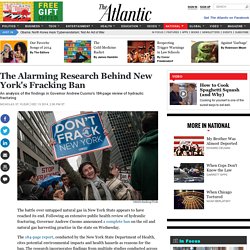 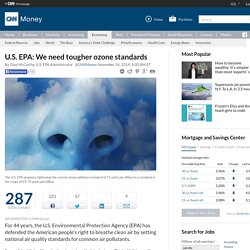 Think of it this way: If your doctor wasn't using the latest medical science, you'd be worried you weren't getting the best care. That's why the Clean Air Act requires EPA to update air quality standards every five years, to ensure standards "protect public health with an adequate margin of safety" based on the latest scientific evidence. So today, following science and the law, I am proposing to update national ozone pollution standards to clean up our air, improve access to crucial air quality information, and protect those most at-risk -- our children, our elderly, and people already suffering from lung diseases like asthma. 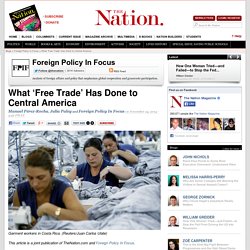 (Reuters/Juan Carlos Ulate) This article is a joint publication of TheNation.com and Foreign Policy In Focus. With Republicans winning big in the midterm elections, the debate over so-called “free trade” agreements could again take center stage in Washington. 5 Charts About Climate Change That Should Have You Very, Very Worried - Christopher Mims and Stephanie Gruner Buckley. Two new reports highlight the alarming consequences of staying our current course. 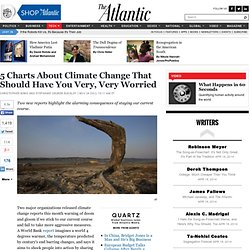 Two major organizations released climate change reports this month warning of doom and gloom if we stick to our current course and fail to take more aggressive measures. A World Bank report imagines a world 4 degrees warmer, the temperature predicted by century's end barring changes, and says it aims to shock people into action by sharing devastating scenarios of flood, famine, drought and cyclones.

Meanwhile, a report from the US National Research Council, commissioned by the US Central Intelligence Agency (CIA) and other intelligence agencies, says the consequences of climate change--rising sea levels, severe flooding, droughts, fires, and insect infestations--pose threats greater than those from terrorism ranging from massive food shortages to a rise in armed conflicts. Breathingearth - CO2, birth & death rates by country, simulated real-time.

The Crying Indian Commercial. What the Frack is in That Water? The Future of Trash: 4 Ways Tech Is Improving Recycling Rates. The Global Innovation Series is supported by BMW i, a new concept dedicated to providing mobility solutions for the urban environment. 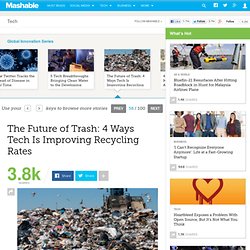 It delivers more than purpose-built electric vehicles — it delivers smart mobility services. Visit bmw-i.com or follow @BMWi on Twitter. The world is now inhabited by 7 billion individuals, and as you can imagine, we produce a lot of trash. In the U.S., each person produces 4.6 pounds of trash each day, and 132 million tons of municipal solid waste (MSW) were discarded in landfills in 2009. Just over 35% of that was recycled. Is It Weird Enough Yet? Insiders Sound an Alarm Amid a Natural Gas Rush. Insiders Sound an Alarm Amid a Natural Gas Rush. Google's SolarCity Fund: $280 Million Invested In Solar Energy For Private Homes. NEW YORK — Google is making its largest investment yet in clean energy in an effort to help private homeowners put solar panels on their rooftops.

The $280 million deal with installer SolarCity is the largest of its kind. SolarCity can use the funds to pay for a solar system that it can offer to residents for no money down. In exchange, customers agree to pay a set price for the power produced by the panels. Google earns a return on its investment by charging SolarCity interest to use its money and reaping the benefits of federal and local renewable energy tax credits. The Earth Is Full.