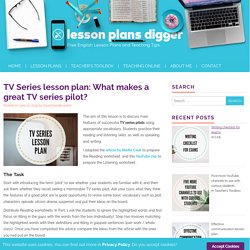 Students practice their reading and listening skills, as well as speaking and writing. I adapted the article by Martie Cook to prepare the Reading worksheet and this YouTube clip to prepare the Listening worksheet . The Task Start with introducing the term “pilot” to see whether your students are familiar with it, and then ask them whether they recall seeing a memorable TV series pilot. Ask your class what they think the features of a good pilot are (a good opportunity to revise some basic vocabulary such as plot, characters, episode, sitcom, drama, suspense) and put their ideas on the board.

Distribute Reading worksheets. Move on to Part 2 which contains the list of TV pilot writing don’ts. The follow-up activity involves writing a short (80-100 words) description of the best TV pilot ever using words and expressions from the Reading and Listening parts. Personal Experience. Sans titre. Sans titre. This week I went to the cinema to see Arrival, a new science fiction film starring Amy Adams and Jeremy Renner. 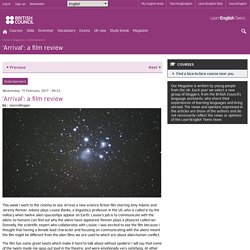 Adams plays Louise Banks, a linguistics professor in the US, who is called in by the military when twelve alien spaceships appear on Earth. Louise’s job is to communicate with the aliens so humans can find out why the aliens have appeared. Renner plays a physicist called Ian Donnelly, the scientific expert who collaborates with Louise. I was excited to see the film because I thought that having a female lead character and focusing on communicating with the aliens meant the film might be different from the alien films we are used to which are about alien-human conflict. The film has some great twists which make it hard to talk about without spoilers! Adams’ performance is perfect. Sans titre. Once again DC Comics and Warner Bros. have divided fans and critics over their latest superhero film. 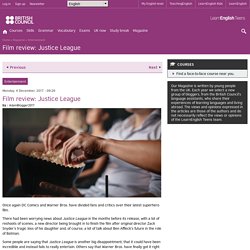 There had been worrying news about Justice League in the months before its release, with a lot of reshoots of scenes, a new director being brought in to finish the film after original director Zack Snyder’s tragic loss of his daughter and, of course, a lot of talk about Ben Affleck’s future in the role of Batman. Some people are saying that Justice League is another big disappointment, that it could have been incredible and instead fails to really entertain. Others say that Warner Bros. have finally got it right and that the future for the League looks bright. My opinion lies somewhere in the middle. The film was by no means a disappointment: it was exciting, funny and a lot of fun to watch. However, I will say that a lot of work needs to be done if DC wants to catch up to Marvel. In the end, Justice League is not a perfect film but it is definitely not a terrible one.

Sans titre. As I settled into the theatre seats I really wasn’t sure what to expect from the film I was about to see, intriguingly entitled The Lobster. 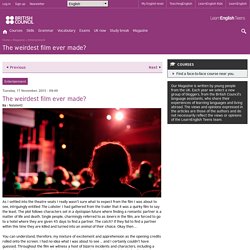 I had gathered from the trailer that it was a quirky film to say the least. The plot follows characters set in a dystopian future where finding a romantic partner is a matter of life and death. Single people, charmingly referred to as loners in the film, are forced to go to a hotel where they are given 45 days to find a partner. The catch? If they fail to find a partner within this time they are killed and turned into an animal of their choice. You can understand, therefore, my mixture of excitement and apprehension as the opening credits rolled onto the screen.

So, what was my opinion on this bizarre piece of work ? Sans titre. Interviews with the audienceGirl: I'm really excited to see the book come to life. 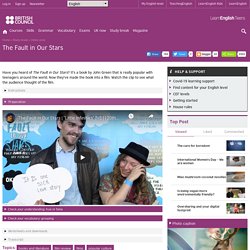 Boy: I was going crazy when I got the email. Girl: I had liked the film's Facebook page, saw the sweepstake and joined in. Woman: It's really exciting. Woman: We cartwheeled all the way from Manchester to here! Girl: It's actually one of my favourite books. Girl: It's a beautiful story and I'm very, very excited for this movie. Man: I'll probably walk out in tears, hopefully. Sans titre.