A graphic novel review website. Whispered Words, vol. 1. Ushio Kazama is girl-crazy and everybody knows it. 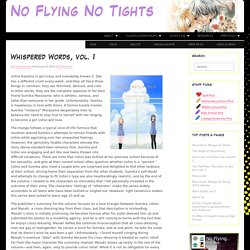 She has a different crush every week, and they all have three things in common: they are feminine, demure, and cute. In other words, they are the complete opposite of her best friend Sumika Murasame, who is athletic, serious, and taller than everyone in her grade. Unfortunately, Sumika is hopelessly in love with Ushio. A former karate master, Sumika “Violence” Murasame desperately tries to balance her need to stay true to herself with her longing to become a girl Ushio will love.

The manga follows a typical slice-of-life formula that revolves around Sumika’s attempts to remain friends with Ushio while agonizing over her unrequited feelings. Classical Comics. Eek! Comics in the Classroom! Eek! 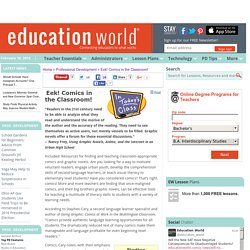 Comics in the Classroom! "Readers in the 21st century need to be able to analyze what they read and understand the motive of the author and the accuracy of the reading. They need to see themselves as active users, not merely vessels to be filled. Can the X-Men Make You Smarter? It has taken the Literacy Establishment 30 years to figure out what kids have known for at least as long. 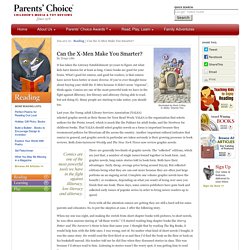 Comic books are good for your brain. What’s good for comics, and good for readers, is that comics have never been better or more diverse. If you’ve ever thought twice about buying your child the X-Men because it didn’t seem “rigorous”, think again. Comics are one of the most powerful tools we have in the fight against illiteracy, low-literacy and aliteracy (being able to read, but not doing it). Many people are starting to take notice, you should too. Last year, the Young Adult Library Services Association (YALSA) selected graphic novels as their theme for Teen Read Week. There are generally two kinds of graphic novels. Even with all the attention comics are getting they are still a hard sell for some parents and educators.

Comics Make the Grade and Get the Cover. Kids Graphic Novels. When we saw a picture of the new children’s graphic novel collection at the Alameda Free Library in Alameda, California in a tweet from Supervising Children’s Librarian (and ICv2 reviewier) Eva Volin, it looked to us like the kind of place where new comic readers were being created on a regular basis. 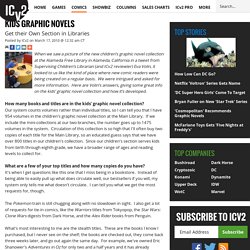 We were intrigued and asked for more information. Secret Origin of Good Readers @ Night Flight Comics. For questions, please email or phone manager, Mimi Cruz 801.532.1188 -or- 801.263.1940 Thanks to everyone who attended the Secret Origin of Good Readers panel at The City Library Comic Conference 2007 Comic Conference Jam print by Bill Galvan, Batton Lash, Bill Morrison & Trevor Nielson 2007 A copy of THE SECRET ORIGIN OF GOOD READERS: A Resource Book the 2004 updated version is available in PDF form. 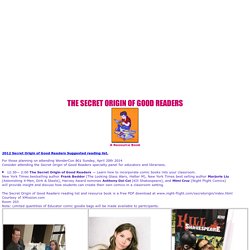 The file is at least 9 MB and will take approx. 45 minutes or more if you are using a dial-up. Click the image directly above to download and print your own copy. Comic Book Project-Publications. I%20am%20Migrant. The Comic Book Project. The world's largest reviewer of books, multimedia, and technology for children and teens. GraphicNovelReporter. The Beat — The News Blog of Comics Culture. Newsarama - Comic Book News, TV, Movies. 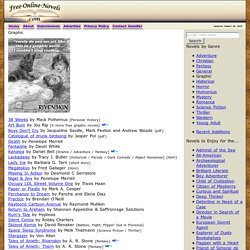 World's Best Way to Make & Share Comics. Camp NaNoWriMo. Online Speech Bubble Photo Editor - Create comic strips with phrase.it. Fastest Way to Create Comic Strips and Cartoons - Toondoo. Storybird - Artful storytelling. Quimps, Plewds, And Grawlixes: The Secret Language Of Comic Strips. When you think about it, the real world doesn’t have much to do with your favorite newspaper’s comic section. 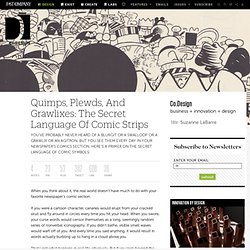 If you were a cartoon character, canaries would erupt from your cracked skull and fly around in circles every time you hit your head.

Components of a good story 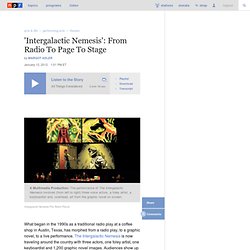 Intergalactic Nemesis/The Robot Planet What began in the 1990s as a traditional radio play at a coffee shop in Austin, Texas, has morphed from a radio play, to a graphic novel, to a live performance. Drawing tool.