3 10 – Managing Change Worksheet. 3.10.1 Hundreds of Waitrose jobs may go as retailer plans six store closures. Waitrose is planning to close six stores and remove a level of management in its supermarkets, putting nearly 700 jobs at risk. 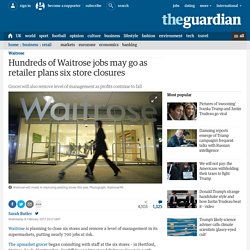 The upmarket grocer began consulting with staff at the six stores – in Hertford, Staines, Leek, Huntingdon, Cardiff Queen Street and Palmers Green in north London – on Monday ahead of planned closures later this year. The company said it hoped to replace the Palmers Green store with a new outlet in nearby Winchmore Hill. The company is also removing the role of department manager in its 350 stores, affecting 180 jobs. Waitrose said most of the 486 department managers would become deputy store managers and the reduction in staff would happen gradually over three years through retirement, “natural turnover” and voluntary redundancies. Ben Stimson, Waitrose retail director, said: “We’d always try hard to avoid closing branches, but we review how our branches are doing commercially and respond where we have to. 3.10.1 - Delayering. 3.10.1 The lean startup reaping the benefits of co-working. On any given night at a stylishly decked out office space, located just a hop, skip and a jump off Brick Lane in east London, a group of startups may be mixing their own cocktails, turning on the slow cooker to create a feast of pulled-pork sandwiches or grabbing a beanbag to listen to an inspiring talk by a fellow small business. 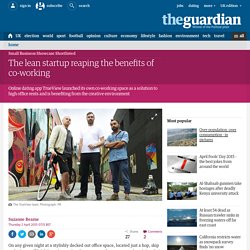 3.10.1 Four-day weeks and remote working attracts talent to Edinburgh agency. The sun is shining and you really don’t feel like going to the office. 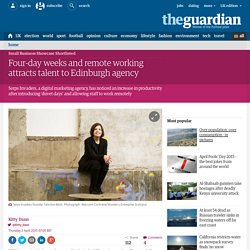 And if you work for Serps Invaders, you don’t have to. The digital marketing agency, based in Edinburgh, has introduced “duvet days” – ad hoc holidays which can be redeemed at extremely short notice. 3.10.1 Managing Resistance to Change. 3.10.2 Microsoft has become richer through its culture shift. 3.10.2 VW papers shed light on emissions scandal - Curing Corporate Culture at VW. Image copyright Getty Images "Volkswagen obfuscated, they denied, and they ultimately lied. 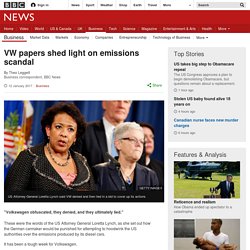 " These were the words of the US Attorney General Loretta Lynch, as she set out how the German carmaker would be punished for attempting to hoodwink the US authorities over the emissions produced by its diesel cars. It has been a tough week for Volkswagen. It has been fined $4.3bn, agreed to plead guilty to criminal charges - and six executives are facing charges. One of them, Oliver Schmidt, has spent the past few days in a Miami jail. But because of this, we now have a very clear idea not only of what Volkswagen was doing wrong, and how it went about it, but also the measures that were taken to conceal that wrongdoing. As part of its plea bargain with the US authorities Volkswagen signed up to an agreed "Statement of Facts". The FBI makes further detailed allegations in its criminal complaint against Oliver Schmidt. 'Defeat device' Supervisors in the engine department realised they had a problem.

3.10.2 Curing Corporate Culture at VW. There is an interesting article in the FT written by Robert Armstrong who admits that, despite having huge experience as a corporate analyst with capacity for reaching 'economic conclusions', he is puzzled by corporate cultures and how to improve them. 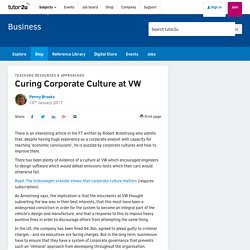 As Armstrong says, the implication is that the miscreants at VW thought subverting the law was in their best interests, that this must have been a widespread conviction in order for the system to become an integral part of the vehicle's design and manufacture, and that a response to this to impose heavy punitive fines in order to discourage others from attempting the same thing. 3 10 3 Critical Path Analysis Worksheet. 3.10.3 Starbucks: Howard Schultz on the Coffee Chain's Expansion Under His Leadership. Loaded: 0% Progress: 0% 1971 Starbucks Coffee opens in Seattle’s Pike Place Market on March 30. 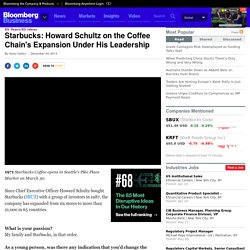 Since Chief Executive Officer Howard Schultz bought Starbucks (SBUX) with a group of investors in 1987, the company has expanded from six stores to more than 21,000 in 65 countries. What is your passion? My family and Starbucks, in that order. As a young person, was there any indication that you’d change the world? You didn’t start Starbucks, but you got involved very early on.I came to Seattle on business, and I walked into the Pike Place store and just felt like, God, this is me. What was the first cup of Starbucks coffee you ever had? 3.10.3 Can John Chen save Canadian smartphone firm Blackberry? 3.10.4 Shareholders in Revolt at Sports Direct Corporate Governance. As this article from The Guardian explains, the institutional shareholders of Sports Direct plc are becoming increasingly agitated about the way in the which the business is being run by the Board of Directors, including non-executive directors. 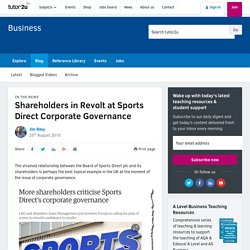 Sports Direct has come under fierce criticism and scrutiny for its working practices in recent months. External shareholders who have formed an "activist" group are now linking the way the business is run (corporate governance) with business performance: they claim that: "Governance failings are clearly resulting in declines in operating performance and long-term shareholder value,” One shareholder - Aberdeen Asset Management - is quoted in the article that: "Sports Direct is a multimillion-pound business that would benefit from an injection of new talent with the skill sets required to run an enterprise of its size and complexity.

" ...which in other words means that this shareholder doesn't believe the current Board of Directors is up to the job. 3.10.4 Ownership & Control. 3 10 4 Crisis Management Planning & Action.