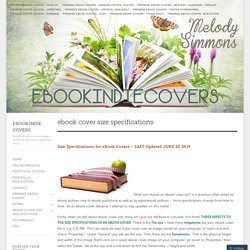 Is a question often asked by ebook authors new to ebook publishing as well as by experienced authors – since specifications change from time to time. As an ebook cover designer, I attempt to stay updated on this matter. Firstly, when we talk about ebook cover size, there isn’t just one attribute to consider, but three! THREE ASPECTS TO THE SIZE SPECIFICATIONS OF AN EBOOK COVER: There is the File size – how many megabytes big your ebook cover file is, e.g. 1.35 MB. NOTE: This image just illustrates HOW to find the size specifications for any picture on your computer. eBook Cover Size Specifications. Five Questions with Peter Mendelsund. Peter Mendelsund’s name might not ring a bell, but if you’re a book lover, his witty and visually arresting covers have definitely caught your eye. 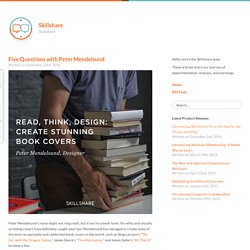 Mendelsund has managed to create some of the most recognizable and celebrated book covers in the world, such as Stieg Larsson’s “The Girl with the Dragon Tattoo,” James Gleick’s “The Information,” and James Salter’s “All That Is“ to name a few. Today, the award-winning designer reveals his start-to-finish process for creating an incredible book cover in his first online class: Read, Think, Design: Create Stunning Book Covers. In just one hour, students will learn tips for visualizing ideas, tactics for reading as a designer, and how to balance reader/author/publisher goals. Interview: Author And Designer Peter Mendelsund On 'Cover' And 'What We See When We Read' Hide caption Author Ben Marcus described Peter Mendelsund's cover for his story collection Leaving the Sea as "sumptuous, playful and gorgeous to look at. 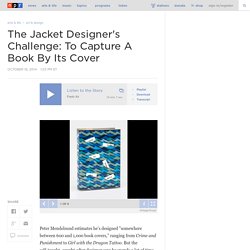 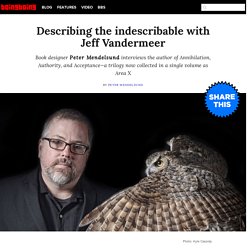 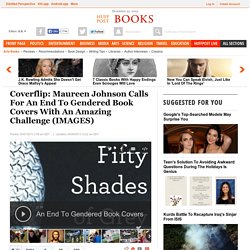 The Book Cover Archive. Pelican Books: An iconic imprint returns - Fiasco Design Fiasco Design. Having previously worked with Penguin Books to redesign the The Snowman & The Snowdog website, we were approached in December 2013 with the exciting opportunity to help design and build a new website for the legendary Penguin imprint, Pelican Books.

The brief was to create a website that was both accessible and distinctive — the two pillars of the Pelican Books brand, and that included an in-browser reader so users could purchase and read any number of Pelican publications across different desktop, tablet and mobile devices. Pelican Books: an unrivalled online reading experience. The relaunch of Pelican books in May was a two-fold operation. 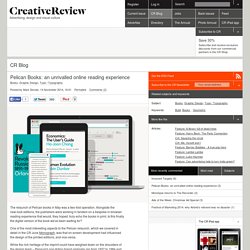 Alongside the new-look editions, the publishers were working in tandem on a bespoke in-browser reading experience that would, they hoped, truly echo the books in print. Is this finally the digital version of the book we've been waiting for? One of the most interesting aspects to the Pelican relaunch, which we covered in detail in the CR June Monograph, was that on-screen development had influenced the design of the printed editions, and vice-versa. Books by their covers. Shoppers will spend less than a second looking at a book jacket in-store, making their design all the more crucial. 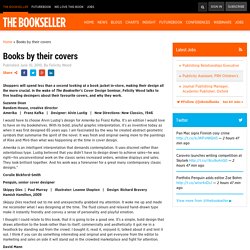 In the wake of The Bookseller's Cover Design Seminar, Felicity Wood talks to five leading desingers about their favourite covers, and why they work. Suzanne Dean Random House, creative director Amerika | Franz Kafka | Designer: Alvin Lustig | New Directions: New Classics, 1946 I would have to choose Alvin Lustig’s design for Amerika by Franz Kafka. It’s an edition I would love to have on my bookshelves. With its bold, playful graphic interpretation, it’s as inventive today as when it was first designed 65 years ago. Cover to cover. Can you really judge a book by its cover? 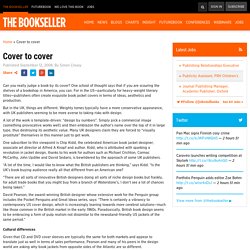 Zach Dodson. Surfing, Drowning, Diving — The Message. Longform and listicles, tinyletters and tweetdecks, snowfalls and subreddits — we are awash with new forms of media. 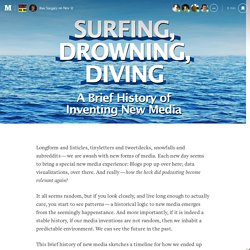 Each new day seems to bring a special new media experience: Blogs pop up over here; data visualizations, over there. And really — how the heck did podcasting become relevant again? It all seems random, but if you look closely, and live long enough to actually care, you start to see patterns — a historical logic to new media emerges from the seemingly happenstance. And more importantly, if it is indeed a stable history, if our media inventions are not random, then we inhabit a predictable environment. We can see the future in the past. Has Kindle Killed the Book Cover? How designers are responding to e-readers AP Images Daylight Saving came out in the U.K. in February, and in the months leading up to its release, the publisher used a novel strategy to generate interest in the teen novel: It placed a ticker at the bottom of the digital cover, counting down to the launch date. Why aren’t there words on the cover of our books? Subscribe to our free email newsletter.

We'll update you once or twice a week, and we'll never rent or sell your email address to anyone. Thanks. Four things worth noticing about the new covers from The Domino Project… 1. Poke The Box « Fixabook. Seth Godin’s packaging has triggered a tsunami of site visits and twittering but what do we at Fixabook think of his work? Well… the front cover is brilliant. It is hugely distinctive and therefore immediately recognisable. The Domino branding is a nice touch — subtle and cool, but already laying the foundations for long-term, cumulative values. What makes the whole thing so clever, however, is the lack of a title. On the face of it this is an incredible decision (some would say suicidal) yet when you think about it, it’s not that crazy. Hack the Cover — by Craig Mod. Muerto! The covers are dead! Dead! Dead like the record jacket!