Food Water Exercise. Nestle CEO: Water Is Not A Human Right, Should Be Privatized. Is water a free and basic human right, or should all the water on the planet belong to major corporations and be treated as a product? 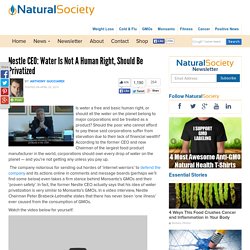 Should the poor who cannot afford to pay these said corporations suffer from starvation due to their lack of financial wealth? According to the former CEO and now Chairman of the largest food product manufacturer in the world, corporations should own every drop of water on the planet — and you’re not getting any unless you pay up. The company notorious for sending out hordes of ‘internet warriors’ to defend the company and its actions online in comments and message boards (perhaps we’ll find some below) even takes a firm stance behind Monsanto’s GMOs and their ‘proven safety’.

In fact, the former Nestle CEO actually says that his idea of water privatization is very similar to Monsanto’s GMOs. In a video interview, Nestle Chairman Peter Brabeck-Letmathe states that there has never been ‘one illness’ ever caused from the consumption of GMOs. 24,000 Chemicals may be Tainting Your Bottled Water. Tap water is by no means something to reach for when looking to achieve optimal health (check this out to see why that is). 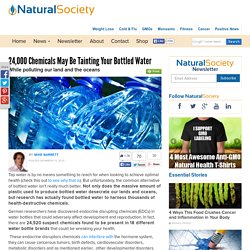 The Dangers of Tap Water and How to Protect Yourself. It’s no secret that tap water contains a medley of harsh chemicals, heavy metals, fecal matter, puss, urine, and many other problematic substances. 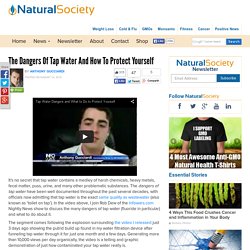 The dangers of tap water have been well documented throughout the past several decades, with officials now admitting that tap water is the exact same quality as wastewater (also known as ‘toilet on tap’). In the video above, I join Rob Dew of the Infowars.com Nightly News show to discuss the many dangers of tap water (fluoride in particular) and what to do about it. The segment comes following the explosion surrounding the video I released just 3 days ago showing the putrid build up found in my water filtration device after funneling tap water through it for just one month and a few days. H-O-H+ H-O-H+ H-O-H+ H-O-H+ H-O-H+ L’eau bio-compatible. Testy. Water: the elephant in the room « DJC Green Building Blog. Posted on March 25, 2010 I'm at the Globe Conference in Vancouver, B.C. and I'm attending a number of sessions on two themes: water and cities and urbanization. 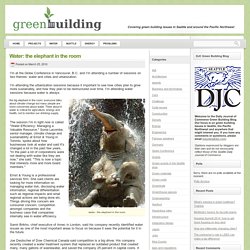 I'm attending the urbanization sessions because it important to see how cities plan to grow more sustainably, and how they plan to be restructured over time. I'm attending water sessions because water is always water - the elephant in the room the big elephant in the room: everyone talks about climate change but many people are more concerned about water. The session I'm in right now is called "Water Efficiency: Managing a Valuable Resource. " Ernst & Young is a professional services firm. Samir Brikho, chief executive of Amec in London, said his company recently identified water issues as one of the most important areas to focus on because it sees the potential for it in the future. 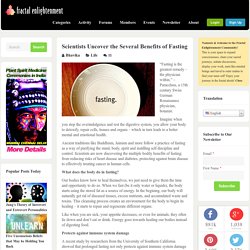 Imagine when you stop the overindulgence and rest the digestive system, you allow your body to detoxify, repair cells, tissues and organs – which in turn leads to a better mental and emotional health. Ancient traditions like Buddhism, Jainism and more follow a practice of fasting as a way of purifying the mind, body, spirit and instilling self discipline and control. Scientists are now discovering the multiple bodily benefits of fasting; from reducing risks of heart disease and diabetes, protecting against brain disease to effectively treating cancer in human cells. What does the body do in fasting? Our bodies know how to heal themselves, we just need to give them the time and opportunity to do so.

Like when you are sick, your appetite decreases, or even for animals, they often lie down and don’t eat or drink. Protects against immune system damage References. The Healing Properties of Water Stored in Copper – Fractal Enlightenment. During my childhood days I remember my mother storing water in a copper vessel and asking us to drink it after 7-8 hours, she would claim that water when stored in a copper vessel was extremely healthy for the mind and body. 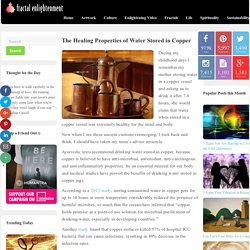 Now when I see these ancient customs reemerging, I look back and think, I should have taken my mom’s advice seriously. Ayurvedic texts recommend drinking water stored in copper, because copper is believed to have anti-microbial, antioxidant, anti-carcinogenic and anti-inflammatory properties. Making Water Conservation Pay by Giulio Boccaletti. NEW YORK – Call it a sign of the times. 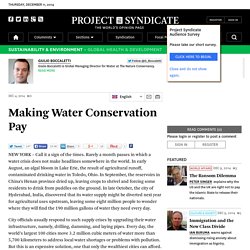 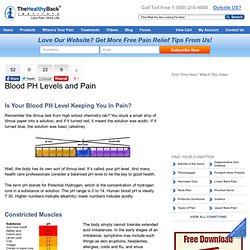 Remember the litmus test from high school chemistry lab? You stuck a small strip of litmus paper into a solution, and if it turned red, it meant the solution was acidic. If it turned blue, the solution was basic (alkaline). Well, the body has its own sort of litmus test: It’s called your pH level. And many health care professionals consider a balanced pH level to be the key to good health. The term pH stands for Potential Hydrogen, which is the concentration of hydrogen ions in a substance or solution.

Constricted muscles The body simply cannot tolerate extended acid imbalances. On the other side of the coin, it is virtually impossible for a health disorder or disease to sustain itself when your pH is in the neutral zone (7.0-7.4). When your pH is out of the normal range, all sorts of bad things happen. How it happens. Healing Waters in Tlacote Mexico. Waiting for their chance for a miracle, a line of people often stretches for over a mile on a dusty road in the little town of Tlacote, Mexico. 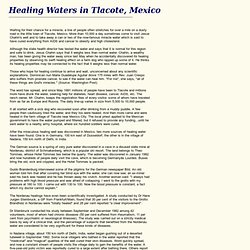 More than 10,000 a day sometimes come to visit Jesus Chahin's well and to take away a can or two of the now-famous miracle water which is said to have cured everything from AIDS and cancer to obesity and high cholesterol. Although the state health director has tested the water and says that it is normal for this region and safe to drink, Jesus Chahin says that it weighs less than normal water. Chahin, a wealthy man, has been giving the water away since last May when he accidentally discovered its healing properties by observing its swift healing effect on a farm dog who lapped up some of it. He thinks its healing properties may be connected to the fact that it weighs less than normal water. Those who hope for healing continue to arrive and wait, unconcerned about any scientific explanations. 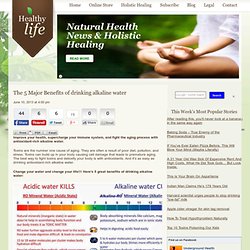 Several Sam's Choice samples purchased in California exceeded legal limits for bottled water contaminants in that state. Unlike tap water, where consumers are provided with test results every year, the bottled water industry does not disclose the results of any contaminant testing that it conducts. Alkaline Water Plus Water Ionizer Store. Stuctured water. Alkaline Water and Water Ionizers - Looking for the best? Discover Alkaline Water (Ionized Water) Tyent UK Water Ionizers give you all the benefits of Alkaline Water. Ionized Water is a Powerful Antioxidant Imagine having the ability to take normal tap water and turn it into an antioxidant with a NEGATIVE ORP (or charge), which retards the aging process. Put simply, a high or rising ORP causes oxidation and therefore aging. Blog » Alkaline water ionizer health benefits, information and resources for health-conscious people. Ultra-Hydrating VIVOÂ® Brand Products! Pure Alkaline Water - Kangen Water.