Macro Eco Solutions. Modern Play Things. Vietnam says cannot find object from missing jet. KUALA LUMPUR, Malaysia (AP) — Vietnamese searchers on ships worked throughout the night but could not find a rectangle object spotted Sunday afternoon that was thought to be one of the doors of a Malaysia Airlines passenger jet that went missing more than two days ago. 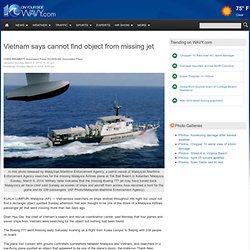 Doan Huu Gia, the chief of Vietnam’s search and rescue coordination center, said Monday that four planes and seven ships from Vietnam were searching for the object but nothing had been found. The Boeing 777 went missing early Saturday morning on a flight from Kuala Lumpur to Beijing with 239 people on board. Oil slicks spotted in hunt for jet with 239 aboard. KUALA LUMPUR, Malaysia (AP) — Vietnamese air force planes spotted two large oil slicks Saturday in the region where a Malaysia Airlines jetliner disappeared, the first sign that the Boeing 777 with 239 people aboard had crashed. 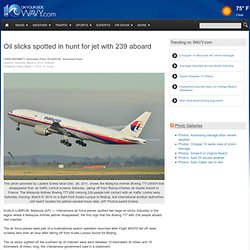 The air force planes were part of a multinational search operation launched after Flight MH370 fell off radar screens less than an hour after taking off from Kuala Lumpur bound for Beijing. Polymath Renaissance. This Is the Most Complex Integrated Quantum Circuit Ever Made. Ftw-qeg-new-paradigm-distribution-guidelines. Five "Free Energy" Devices that Could Save You Thousands of Dollars. Image credit: www.flickr.com/photos/cr03/42435041 “Free energy” devices are the most important inventions for helping us solve many of our financial problems. 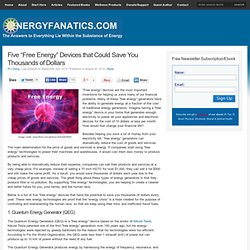 Many of these “free energy” generators have the ability to generate energy at a fraction of the cost of traditional energy generators. Imagine having a “free energy” device in your home that generates enough electricity to power all your appliances and electronic devices for the cost of 10 dollars or less per month. Africa’s Tech Edge. How the continent's many obstacles, from widespread poverty to failed states, allowed African entrepreneurs to beat the West at reinventing money for the mobile age Mike McQuade. 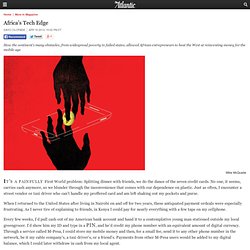 10 Ways the Next Ten Years are Going to be Mind-Blowing. TECHNOLOGY. 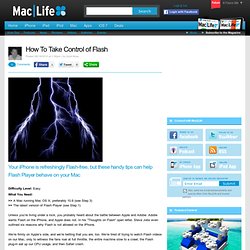 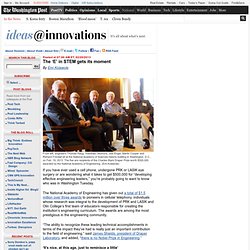 The five are recipients of the Charles Stark Draper Prize worth $500,000 awarded by the National Academy of Engineering. (Emi Kolawole) If you have ever used a cell phone, undergone PRK or LASIK eye surgery or are wondering what it takes to get $500,000 for “developing effective engineering leaders,” you’re probably going to want to know who was in Washington Tuesday. Data sets, techniques. A rare look inside Facebook’s Oregon data center [photos, video] 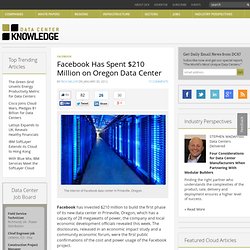 Facebook has invested $210 million to build the first phase of its new data center in Prineville, Oregon, which has a capacity of 28 megawatts of power, the company and local economic development officials revealed this week. The disclosures, released in an economic impact study and a community economic forum, were the first public confirmations of the cost and power usage of the Facebook project. Data Center Knowledge Facebook Revises its Data Center Cooling System. One of the huge chambers inside the “penthouse” cooling system used by Facebook in its new Oregon data center. 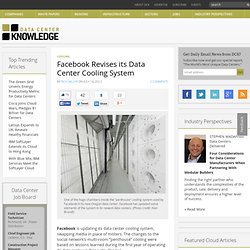 Facebook has updated some elements of the system in its newest data centers. (Photo credit: Alan Brandt) Facebook is updating its data center cooling system, swapping media in place of misters. The changes to the social network’s multi-room “penthouse” cooling were based on lessons learned during the first year of operating its data center in Prineville, Oregon. The changes are minor, but reflect on Facebook data center constant refinement of its data center design in pursuit of improved efficiency and cost. Open Compute one year later. Bigger, badder and less disruptive than we thought. Facebook’s number of servers soar to an estimated 180K.

Where in the World Is Google Building Servers? Google: We're One of the World's Largest Hardware Makers. Google is a web company, and it rakes in most of its money from online ad sales, but it has another identity that few people understand: It’s also a massive hardware maker. 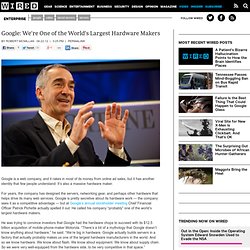 For years, the company has designed the servers, networking gear, and perhaps other hardware that helps drive its many web services. Google is pretty secretive about its hardware work — the company sees it as a competitive advantage — but at Google’s annual stockholder meeting Chief Financial Officer Patrick Pichette actually spelled it out. He called his company “probably” one of the world’s largest hardware makers. He was trying to convince investors that Google had the hardware chops to succeed with its $12.5 billion acquisition of mobile-phone-maker Motorola. Ubiquitous computing. Ubiquitous computing (ubicomp) is a concept in software engineering and computer science where computing is made to appear everywhere and anywhere. 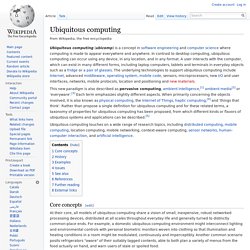 In contrast to desktop computing, ubiquitous computing can occur using any device, in any location, and in any format. A user interacts with the computer, which can exist in many different forms, including laptop computers, tablets and terminals in everyday objects such as a fridge or a pair of glasses. The underlying technologies to support ubiquitous computing include Internet, advanced middleware, operating system, mobile code, sensors, microprocessors, new I/O and user interfaces, networks, mobile protocols, location and positioning and new materials. Organic mega flow battery promises breakthrough for renewable energy. A team of Harvard scientists and engineers has demonstrated a new type of battery that could fundamentally transform the way electricity is stored on the grid, making power from renewable energy sources such as wind and solar far more economical and reliable.

The novel battery technology is reported in a paper published in Nature on January 9. Under the OPEN 2012 program, the Harvard team received funding from the U.S. Department of Energy's Advanced Research Projects Agency-Energy (ARPA-E) to develop the innovative grid-scale battery and plans to work with ARPA-E to catalyze further technological and market breakthroughs over the next several years. The internet of things is here, but the rules to run it are not. The first murder through the internet of things will likely take place in 2014, police service Europol warned this month. The crime could be carried out by a pacemaker, an insulin dosage device, a hacked brake pedal or myriad others objects that control life-and-death functions and are now connected to the internet.

In control of a malicious hacker, any of these devices could give “killer app” a whole new meaning. Let's Play NSA! The Hackers Open-Sourcing Top Secret Spy Tools. Last August, at Defcon, the hacker conference in As quiet descended over an eager audience of hundreds of hackers, Ossmann stopped and issued a warning. “If you don't want to hear about leaked classified information, you can leave now,” he told the crowd. If it IS an Electric Universe then Everything Is Electric. Simple. The Lifehacker Tech Dictionary. 32-bit vs. 64-bit. Prosthetic knowledge.

Improved ion engines will open up the outer Solar System. TFOT - The Future Of Things. The IBM Next 5 in 5: Our 2012 Forecast of Inventions that Will Change the World Within Five Years. Bernard Meyerson, Chief Innovation Officer, IBM. Defense Advanced Research Projects Agency. This Starship Enterprise Of The Sea Will Launch Its Exploration In 2016. Facts about Hemp Plastic. Japanese 'Blest Machine' recycles plastic into oil at home. Inside Obama's Classified Smartphone. Juan Enriquez: Decoding the future with genomics. Juan Enriquez: Tech evolution will eclipse the financial crisis.