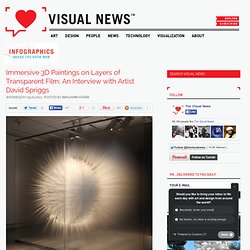 His works tread neatly along an unusually blurred frontier between sculpture and painting, greeting viewers with an all encompassing vision that powerfully touches on the ethereal. A blog about sculptures by Johnson Tsang. Leaf Cut Art by Lorenzo Durán. Robert J. Lang Origami. Preview: Adam Friedman’s “Space and Time, and Other Mysterious Aggregations” at Eleanor Harwood Gallery. While most art forms tell stories about the world through humans’ point of view, Adam Friedman strives to distance himself from this perspective, acknowledging that the world is much larger than the human experience. 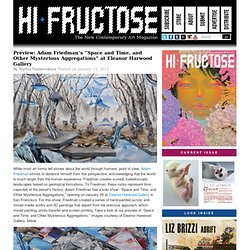 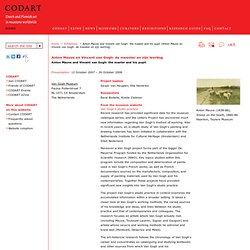 Vincent Van Gogh News. Highlights from the Archives The Evolution of a Master Who Dreamed on Paper By MICHAEL KIMMELMAN You can still picture van Gogh, bookish and fastidious, pouring out his thousands of letters and drawings, private diaries in words and images, sent to his brother and to a few trusted friends, providing him with a stability that he evidently could find nowhere else in life. 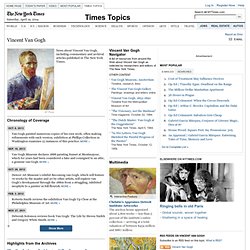 The Protestant preacher's son, he dutifully recorded his constant labors with pen and paper. October 14, 2005travelReview. Real Work of Art ... Leo Tolstoy. Leo Tolstoy on Emotional Infectiousness and What Separates Good Art from Bad. By Maria Popova “A real work of art destroys, in the consciousness of the receiver, the separation between himself and the artist.” 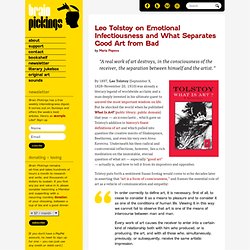 By 1897, Leo Tolstoy (September 9, 1828–November 20, 1910) was already a literary legend of worldwide acclaim and a man deeply invested in his ultimate quest to unravel the most important wisdom on life. The Steely Dan Interview: Paul Cashmere Talks To Donald Fagen. 1n 1972, Walter Becker and Donald Fagen, a couple of college friends who had been playing around in various bands, decided to form their own group. 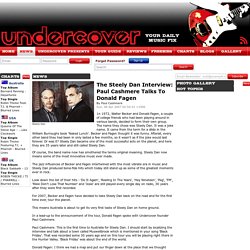 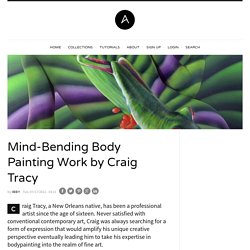 Never satisfied with conventional contemporary art, Craig was always searching for a form of expression that would amplify his unique creative perspective eventually leading him to take his expertise in bodypainting into the realm of fine art. His work encompasses a bevy of techniques from traditional paintbrush for the majority of the work mixed with airbrush, finger-painting, sponging, splatter and dripping as part of the process as well.

Often inspired by a specific body's shape or perhaps a unique pose, Craig takes inspiration from daily doses of culture, nature and intellectual constructs. We hope you have as much fun as we did in trying to decipher the living from the faux in this visually stunning gallery. Craig Tracy Body Painting Gallery - Behind the Scenes. Lots of Naked People Altucher Confidential. Posted by James Altucher Tamara gave me a naked picture of herself. 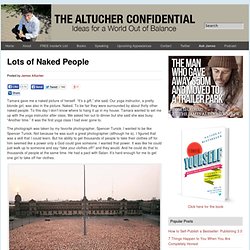 “It’s a gift,” she said. Our yoga instructor, a pretty blonde girl, was also in the picture. Naked. To be fair they were surrounded by about thirty other naked people. The photograph was taken by my favorite photographer, Spencer Tunick. (the largest collection of naked people ever, photo by Tunick) Naked Sea – Spencer Tunick Dead Sea Installation by Ari Fruchter. For the past 20 years since I have known Spencer Tunick I have witnessed his art evolve from the streets of New York, across America and to major cities of the world. 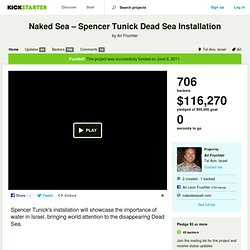 What started out as individual photographic portraits of nudes in public environments has grown to mass installations involving thousands of active participants. Through his art, Spencer has championed many important causes; from the First Amendment with the historic Court Ruling protecting his installations as art, to Global Warming (Greenpeace – Switzerland & France) and most recently Gay Rights (Sydney Australia). After touching so many people and places around the world, I have embarked on a personal mission to bring Spencer Tunick to Israel. The installation will take place at the Dead Sea - the lowest place on earth and one of the most naturally picturesque spots on our planet.

SPENCER TUNICK. Top 10 Breakthrough Artists in 2012. Exactly a year ago today, we went through our archives and pulled out our Top 10 Breakthrough Artists in 2011. From Paige Bradley and her magnificently cracked sculpture to Brian Dettmer and his masterfully carved books, these artists blew us away not just with their talent but with their unique approach to art. This year we decided to open up the field a bit more and include not just artists but designers and photographers. From Evan Robertson's clever book quote illustrations to Simon Beck's beautifully ornate snow patterns, join us in celebrating the incredible achievements of these breakthrough artists, the ones who not only were brave enough to dream but determined enough to follow through on their great ideas. 10.