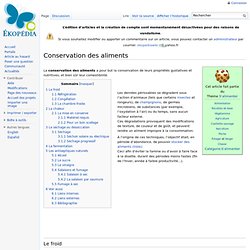 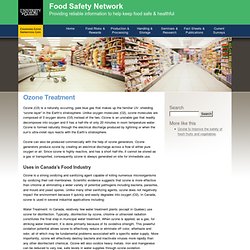 Unlike oxygen molecules (O2), ozone molecules are composed of 3 oxygen atoms (O3) instead of the two. Ozone is an unstable gas that readily decomposes into oxygen and it has a half-life of only 20 minutes in room temperature water. Ozone is formed naturally through the electrical discharge produced by lightning or when the sun’s ultra-violet rays reacts with the Earth’s stratosphere. Food & Water Watch. Promoting critical thought about sustainable agriculture and food systems. Harvard University Dining Services. Nutrient Data : Food Composition and Nutrition Links. Page Banner United States Department of Agriculture Agricultural Research Service You are here: Beltsville Area Home / Nutrient Data / About Us / Food Composition and Nutrition Links Related Topics Last Modified: 3/13/2013. 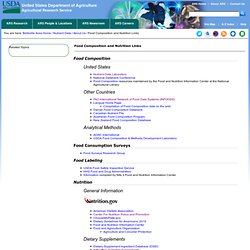 AgNIC Mobile Portal. Abi cas freezing. Food Freezing Technology Preserves Human Teeth. Organs Next? Chefs and scientists alike can use magnets to prevent the formation of ice crystals during freezing. A technology used to freeze sushi is solving a dilemma for organ storage. By borrowing tech used to preserve high-end food delicacies, a Hiroshima University research group proved it possible to safely freeze whole teeth and their delicate attaching tissues. As long as the freezer stays cold, the folks at Hiroshima U. think your teeth could be stored for 40 years, no problem. But the sushi-storage system isn’t a one trick pony: internal organs could be next thanks to the magic of supercooling.

In typical cryo-storage, fast freezing of organs requires poisonous levels of anti-freeze, and let’s face it, no one wants a poisoned kidney transplanted into their body. The transition of this tech from food to longevity science is slowly evolving, but the steps forward are real. In the journal Cryobiology in 2010, a research team including Dr. See the intact cell walls? Food Preservation Techniques. Smoking Meat & Making Jerky Before refrigeration people relied on salt and smoke to preserve their meat. 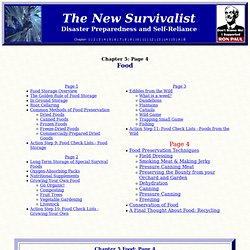 Most people lived on family farms and the "smoke house" was as familiar as the outhouse. Refrigeration changed the way we did a lot of things, but one thing it did not change was our taste for the flavor of smoked meat. Consequently, smokers are readily available today and recipes abound, including those for smoking your meat in your backyard grill.

But one thing that nearly all of these recipes have in common is: the meat is cooked and so the end product will require refrigeration. To preserve meat that will not require refrigeration a process known as Hard Smoking is required. The smoked meats and jerky that you buy in stores today contain preservatives called nitrites, so their moisture content may be slightly higher and their salt content slightly lower. Spices have been highly prized over the centuries, with certain spices at times being worth more than their weight in gold. Nutritional Effects of Food Processing. This page is an overview of some of the effects that cooking and other food processing methods have on the nutritional value of foods. 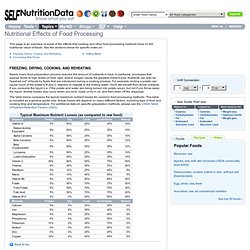 See the sections below for specific notes on: Freezing, Drying, Cooking, and Reheating Nearly every food preparation process reduces the amount of nutrients in food. In particular, processes that expose foods to high levels of heat, light, and/or oxygen cause the greatest nutrient loss. Pharmacological and toxicological properties o... [Phytother Res. 2003. Bacterial Communities Associated with the Surfaces of Fresh Fruits and Vegetables. Fresh fruits and vegetables can harbor large and diverse populations of bacteria. 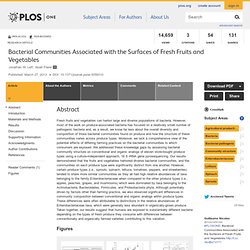 However, most of the work on produce-associated bacteria has focused on a relatively small number of pathogenic bacteria and, as a result, we know far less about the overall diversity and composition of those bacterial communities found on produce and how the structure of these communities varies across produce types. Moreover, we lack a comprehensive view of the potential effects of differing farming practices on the bacterial communities to which consumers are exposed. We addressed these knowledge gaps by assessing bacterial community structure on conventional and organic analogs of eleven store-bought produce types using a culture-independent approach, 16 S rRNA gene pyrosequencing.

Our results demonstrated that the fruits and vegetables harbored diverse bacterial communities, and the communities on each produce type were significantly distinct from one another. Figures Copyright: © 2013 Leff, Fierer.