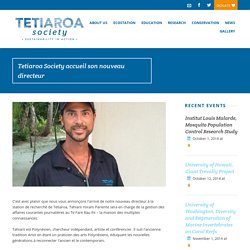 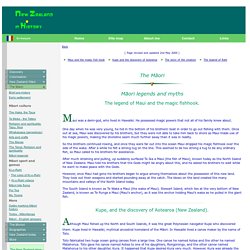 There was only darkness, only Te Kore, the Nothingness. The very beginning was made from nothing. From this nothingness, the primal parents of the Māori came, Papatuanuku, the Earth mother, and Ranginui, the Sky father. Papatuanuku and Ranginui came together, embracing in the darkness, and had 70 male children. These offspring became the gods of the Māori. They considered for a long time - should Rangi and Papa be killed? The art & science of Navigation, Tools, aids, games, Polynesian Navigation, Maps; Latitude 34 North - Cities; Navigation. Navigation The art and science of Navigation. 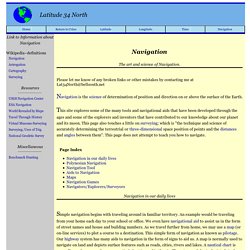 Please let me know of any broken links or other mistakes by contacting me at Lat34North@bellsouth.net. Challenge of the Wind. Canoe navigation. Waka – canoes The earliest sailing vessels of Polynesian ancestors were rafts and dugout canoes. 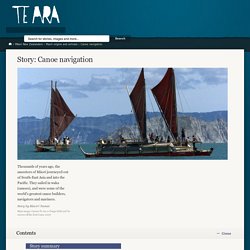 They were used on short voyages, but because dugouts capsized easily, and rafts were prone to swamping, they were not suitable for long distances. Eventually, an outrigger (a second hull) was fixed to the side. This made canoes faster and more stable. With these changes people could sail across long stretches of open sea. Polynesian double-hulled canoes or twin-hulled canoes were similar to outrigger canoes.

Ocean voyaging To prepare for the voyage, sailors stocked canoes with food and water. Locating land Voyagers knew land was ahead even before they could see it. Canoe is the people. Sam Low's Filmography. The Navigators - Reviews and Press Clippings The Navigators was shown in prime time on PBS in the United States, on the BBC in England and other venues in France, Sweden, Italy and around the world. 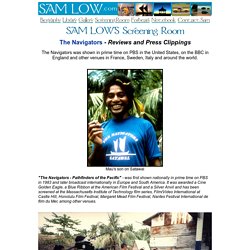 Mau's son on Satawal "The Navigators - Pathfinders of the Pacific" - was first shown nationally in prime time on PBS in 1983 and later broadcast internationally in Europe and South America. The star compass – kāpehu whetū. Using the night sky - Hawaii History - Voyaging. Using the night sky Polynesians relied on the positions of stars to guide them along their voyaging routes. 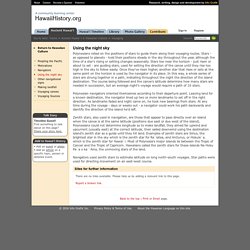 Stars - as opposed to planets - hold their positions steady in the sky throughout the year, although the time of a star's rising or setting changes seasonally. Proa Sailing. East is Not a ‘Big Bird’: The Etymology of the Star Altair in the Carolinian Sidereal Compass. Proa Sailing: Sam Low's "The Navigators - Pathfinders of the Pacific"

My earliest and best ever film resource! 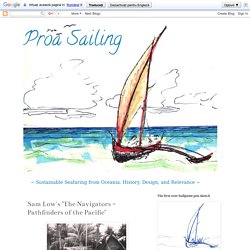 The Navigators is a Sam Low film. His site here: There's a lot at that site. Take some time to investigate it all. Here's a clip of a review from the Honolulu Advertiser: "The film presents fascinating theories about the origins of the Polynesian people weaving a thread between Satawal (a coral atoll in Micronesia), where the secrets of navigation still live; to Viti Levu in Fiji, where distinctive Lapita pottery has been discovered; to Huahine in the Society Islands where an 1,100 year old voyaging canoe has been unearthed; to the valleys and caves of Hawaii. " And there's more about this film on the next blog page about Mau Piailug. Micronesian Navigation: Sidereal Compass. Basic to the entire navigational system is the "star structure," as the navigators call it. 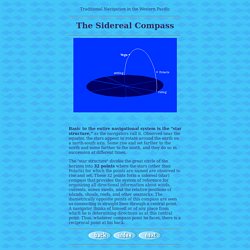 Observed near the equator, the stars appear to rotate around the earth on a north-south axis. Some rise and set farther to the north and some farther to the south, and they do so in succession at different times. The "star structure" divides the great circle of the horizon into 32 points where the stars (other than Polaris) for which the points are named are observed to rise and set. These 32 points form a sidereal (star) compass that provides the system of reference for organizing all directional information about winds, currents, ocean swells, and the relative positions of islands, shoals, reefs, and other seamarks.

The diametrically opposite points of this compass are seen as connecting in straight lines through a central point. Penn Museum | 3260 South Street, Philadelphia, PA 19104 | www.penn.museum ©1997.