31 YA Books By Black Authors That You Can't Miss This Year. #Ownvoices: Kids and Teen Books by Indigenous Authors and Illustrators. No Easy Book Love. 2019 Summer Reading List. 2019 Summer Reading List PDF. Readwoke (@cicelythegreat) / Twitter. Editors of Color (@editorsofcolor) Letting Go of Literary Whiteness: Antiracist Literature Instruction for White Students (Language and Literacy Series) (9780807763056): Carlin Borsheim-Black, Sophia Tatiana Sarigianides, Timothy J. Lensmire: Books. Dr. Laura M. Jimenez (@booktoss) / Twitter. In The Dark Fantastic, Ebony Elizabeth Thomas asks what is really happening in fantasy worlds, and finds a mirror to our own. Ebony Elizabeth Thomas is a professor who studies and teaches how people of color are portrayed, or not portrayed, in children’s and young adult literature, film, and television — and how those portrayals shape our culture. 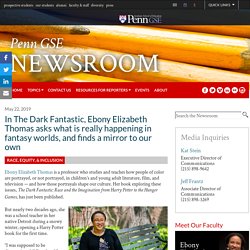 And when thou sendest him out free from thee, thou shalt not let him go away empty: thou shalt furnish him liberally out of thy flock, and out of thy floor, and out of thy winepress: of that wherewith the LORD thy God hath blessed thee thou shalt give unto him. And thou shalt remember that thou wast a bondman in the land of Egypt, and the LORD thy God redeemed thee: therefore I command thee this thing today. — Deuteronomy 15: 12–15 — John Locke, “Second Treatise” What It’s Like to See ‘Slave Play’ as a Black Person.

Still, some black people have felt a “recklessness or boldness to what I’m putting onstage in front of white people,” Mr. 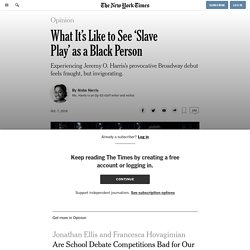 Harris, who began writing “Slave Play” during his first year as a graduate student at the Yale School of Drama, told me. A not-uncommon critique of the play is that most of the audience will be white, or that he wrote it with a white gaze in mind. “The main audience for this play was, and always has been, me,” he said. This dilemma is something most, if not all, black artists have had to wrestle with. In a 2006 interview, Dave Chappelle told Oprah Winfrey that the way in which a white person on set laughed during the shooting of a sketch involving blackface upset him.

Cast members from the original 1959 Broadway production of Lorraine Hansberry’s “A Raisin in the Sun” recalled white audience members laughing throughout the drama. The Faces of American Power, Nearly as White as the Oscar Nominees. Minorities are highlighted in yellow. 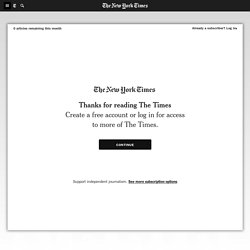 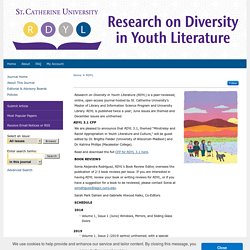 Catherine University’s Master of Library and Information Science Program and University Library. RDYL is published twice a year; June issues are themed and December issues are unthemed. No Easy Book Love. Fighting Racism Even, and Especially, Where We Don’t Realize It Exists. HOW TO BE AN ANTIRACISTBy Ibram X. 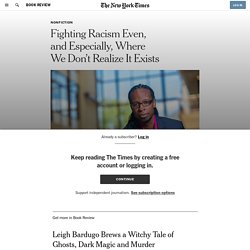 Kendi What do you do after you have written “Stamped From the Beginning,” an award-winning history of racist ideas that examined some of America’s most seemingly progressive intellectuals — Frederick Douglass, Susan B. Anthony, W. E. B. The Fight to Redefine Racism. It is no criticism of Kendi’s book to say that its title is misleading: he offers a provocative new way to think about race in America, but little practical advice. 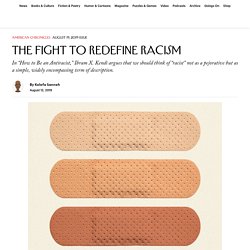 He wants readers to become politically active—to work to change public policy, and to “focus on power instead of people.” DiAngelo, the author of “White Fragility,” is unapologetically interested in people, particularly white people. She is perhaps the country’s most visible expert in anti-bias training, a practice that is also an industry, and from all appearances a prospering one. NPR Choice page. White Anti-Racism: Living the Legacy. How to Be an Antiracist — Ibram X. Kendi. BACK IN 2000, countless Americans were imagining their nation as colorblind. 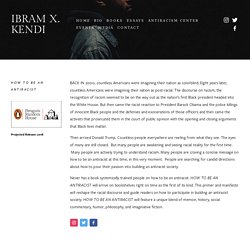 Eight years later, countless Americans were imagining their nation as post-racial. The discourse on racism, the recognition of racism seemed to be on the way out as the nation’s first Black president headed into the White House. But then came the racist reaction to President Barack Obama and the police killings of innocent Black people and the defenses and exonerations of those officers and then came the activists that prosecuted them in the court of public opinion with the opening and closing arguments that Black lives matter.

Then arrived Donald Trump. How to be an Antiracist. How to Be Less Stupid About Race. “Fleming offers a crash course in what will be a radically new perspective for most and a provocative challenge that should inspire those who disagree with her to at least consider their basic preconceptions . . . . 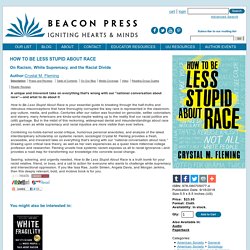 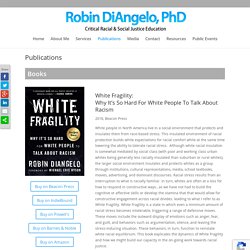 & Sensoy, Ö. (2008). “But I’m shy!” : Classroom participation as a social justice issue. A Sociologist Examines the “White Fragility” That Prevents White Americans from Confronting Racism. In more than twenty years of running diversity-training and cultural-competency workshops for American companies, the academic and educator Robin DiAngelo has noticed that white people are sensationally, histrionically bad at discussing racism. Like waves on sand, their reactions form predictable patterns: they will insist that they “were taught to treat everyone the same,” that they are “color-blind,” that they “don’t care if you are pink, purple, or polka-dotted.”

They will point to friends and family members of color, a history of civil-rights activism, or a more “salient” issue, such as class or gender. Q&A: How White Educators Can Move Beyond 'White Fragility' Commentary What educators can do to break the status quo of racism Author Robin DiAngelo thinks white people are being too sensitive. 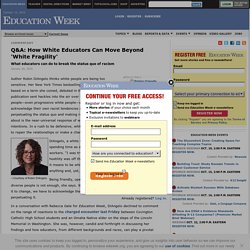 Her New York Times bestselling book, White Fragility, based on a term she coined, debuted in the summer of 2018. Its publication sent hackles into the air over the notion that white people—even progressive white people—who refuse to acknowledge their own racist tendencies are actually perpetuating the status quo and making racism worse. The “fragility” DiAngelo writes about is the near-universal response of white people to deny they harbor racist intentions. American Indians in Children's Literature (AICL) Research on Diversity in Youth Literature.

2018 Summer Reading List. 2018 Summer Reading List PDF Are you looking for a curated summer reading list that celebrates diversity and all its intersections? The team at We’re the People select books that are by and about IPOC (Indigenous and People of Color), people with disabilities and people from the LGBTQ+ community. Chosen books are thoroughly discussed, vetted and given second reads. WTP team members: Tad Andracki, Edith Campbell, Laura M. See What We See. Reading While White. CrazyQuiltEdi – Crazy quilts are unique and innovative quilts created from scraps of material. They're crafted form odd pieces that don't always match or fit together without an the work of an artist. My hope is for a world that values the this unique art.

Picture This: Reflecting Diversity in Children’s Book Publishing. Zinn Education Project. We Need Diverse Books – weneeddiversebooks.org. Because summer reading should be for ALL the people. Social Justice Standards. Untitled. Citizenship and Social Justice.