RPG Maker. The RPG Maker series has been released primarily in Japan, with later versions also released in East Asia, North America, Europe, and Australia.[2] PC versions[edit] RPG Maker is a program that allows users to create their own role-playing video games. 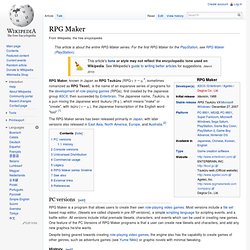 Most versions include a tile set based map editor, (tilesets are called chipsets in pre-XP versions), a simple scripting language for scripting events, and a battle editor. All versions include initial premade tilesets, characters, and events which can be used in creating new games. Worldspinner: Fantasy RPG Worldbuilder & Map Maker by Worldspinner LLC. "Worldspinner is the online worldbuilding tool that gamers and authors have been waiting for. 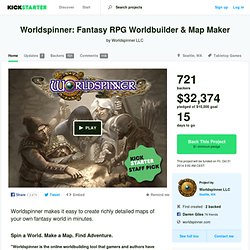 It will give your world a solid foundation upon which your own imagination has limitless room to expand. " - Philip Athans, best-selling author of Annihilation and The Guide to Writing Fantasy and Science Fiction Worldspinner makes it easy to create your own richly detailed fantasy world in minutes, including continents, mountain ranges, cultures, kingdoms, cities, and more. Then, delve as deeply as you like into customizing your world. You can create beautiful maps without spending hours with paint tools, and without needing to be an artist. Worldspinner is a tool, not a game. Worldspinner: Fantasy RPG Worldbuilder & Map Maker by Worldspinner LLC. The Adequate Commoner – Playing the Common Man in an RPG. One of the biggest draws to playing a tabletop roleplaying game is choosing which role you’ll play. 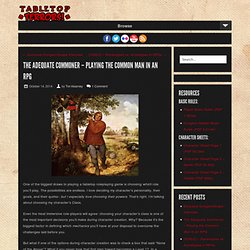 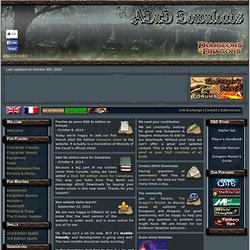 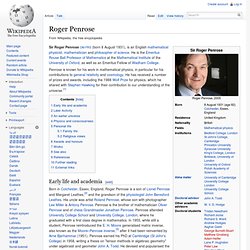 He is the Emeritus Rouse Ball Professor of Mathematics at the Mathematical Institute of the University of Oxford, as well as an Emeritus Fellow of Wadham College. Penrose is known for his work in mathematical physics, in particular for his contributions to general relativity and cosmology. He has received a number of prizes and awards, including the 1988 Wolf Prize for physics, which he shared with Stephen Hawking for their contribution to our understanding of the universe.[1] Early life and academia[edit] 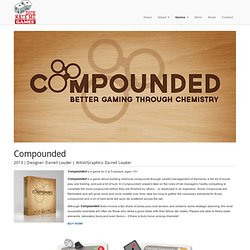 In Compounded, players take on the roles of lab managers, hastily competing to complete the most compounds before they are finished by others – or destroyed in an explosion. Bully Pulpit Games - Downloads. Elizabeth, Queen of England, has enemies everywhere. 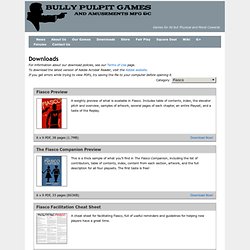 If you can read and write, if you can tell lies with quill or voice, you might have a place as a peddler of bombast, as a player of parts, as a nefarious practitioner of the business of show... or as a spy. For all the world is a stage and the great lords of England and abroad are writing the parts that lackeys, liars, agents, and actors shall play. Yet for all that the strife of the age claims to be about crowns and kingdoms, so much comes down to the common quagmires of coins and cons, jealousy and greed, love and spite. Petty gripes and dirty designs conspire to determine the fate of England. Dice Hate Me Games. 2013 | Designer: Daniel Solis | Artist: Jacqui Davis | Graphics: Chris Kirkman & Daniel Solis. 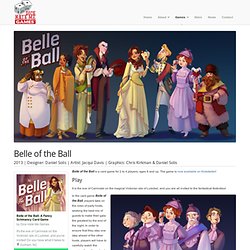 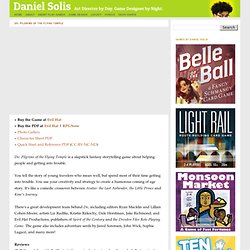 You tell the story of young travelers who mean well, but spend most of their time getting into trouble. You use your creativity and strategy to create a humorous coming of age story. Free RPG Games. Mythic RPG. Storytelling System. The Storytelling System, formerly Storyteller System, is a role-playing game system created by White Wolf, Inc. in 1991 that premiered in Vampire: The Masquerade, a part of the World of Darkness series.[1] History[edit] Storyteller System[edit] While on the road to Gen Con '90, Mark Rein·Hagen came upon the idea of a new game design that would become Vampire: The Masquerade. 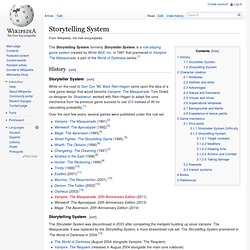 Tom Dowd, co-designer for Shadowrun, worked with Rein-Hagen to adapt the core mechanics from his previous game success to use d10 instead of d6 for calculating probability.[1] Over the next few years, several games were published under this rule set. Storytelling System[edit] The Storyteller System was discontinued in 2003 after completing the metaplot building up since Vampire: The Masquerade. Character creation[edit] Storytelling System characters are built with character points that represent a Dot on their character sheets. Attributes[edit] Collaborative fiction. Collaborative fiction is a form of writing by a group of authors who share creative control of a story. Collaborative fiction can occur for commercial gain, as part of education, or recreationally - many collaboratively written works have been the subject of a large degree of academic research.

Commercial collaborations[edit] There have been times when we've woven our thoughts from paragraph to paragraph, sentence to sentence, word to word, so tightly that even we don't know who wrote what anymore. Dog-eared Designs: Imaginative Games for Imaginative People! Create your own television series and see what happens! Art by Ed Heil "Primetime Adventures is an extraordinary game, probably the best role-playing game ever written. "- Indie RPG Awards. Learn D&D by Reading Through Dungeons Deep: A Fantasy Gamers' Handbook, by Robert Plamondon. Playing Yourself as a D&D Character. Last week fantasy author Joel Rosenberg died. Rosenberg’s Guardians of the Flame series was my introduction to fantasy fiction.

In book one, real world college students become the characters they created when they are transported into their fantasy role playing game. The ultimate big list of GM-less games. Myth-Weavers - Powered by vBulletin. The Alchemist — Empty Game Box. The Alchemist is a story game set in a world where lead can become gold. You and your friends make a story about how the alchemist and his minions attempt to make gold against all odds.

While the minions gather the secret ingredients and toil away, the alchemist kicks back in his lab and hands out sage advice. Find out what gets in the way as you play. Stuff Needed For Play Three to five playersThree coins with one side gold and the other leadList of ingredientsDownload: The Alchemist — Latest copy of the rules formated to fit on one sheet of paper. Free Fantasy Maps - Free Maps of Fantasy Worlds. How to Host a Dungeon. About How to Host a Dungeon. 3.4.3: Information. How to Host a Dungeon. Learn to Be a Dungeon Master. The Pragmatic Bookshelf. ADRIFT: Create your own Interactive Fiction. 30 Best Text-Adventures/Interactive-Fiction Games Over 5 Decades - Gaming Enthusiast.

By Toddziak As gamers, we know perfectly well that the graphics is not everything that counts. The story, the immersion, the memorable characters – those are the things we really dig. Zork. Boot To Zork. The Board Game that Teaches Programming to Kids. How to build a fictional world - Kate Messner. The world building strategies of popular books like Lord of the Rings and Harry Potter have been analyzed in great detail by writers and critics alike. How to Build a Universe That Doesn't Fall Apart Two Days Later. First, before I begin to bore you with the usual sort of things science fiction writers say in speeches, let me bring you official greetings from Disneyland.

Welcome to Build A World.

Related:  Coding for Kids   -  Robotique & pédagogie   -  Stuff   -  Speculating on the Future   -  The Board Game that Teaches Programming to Kids   -  How to build a fictional world - Kate Messner   -  How to Build a Universe That Doesn't Fall Apart Two Days Later   -  Education   -  Enterprise