Incremental%20Perturbation. Literary or Genre, It’s the Plot That Counts. Colombian necktie. A Colombian necktie (Spanish: corbata colombiana or corte corbata) was a form of post-mortem mutilation consisting of a deep incision under the victim's chin, through which the tongue is pulled out and left hanging down in grisly resemblance to a necktie. 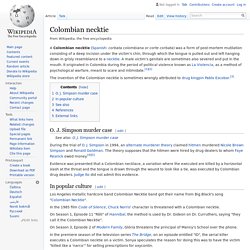 A male victim's genitals are sometimes also severed and put in the mouth. It originated in Colombia during the period of political violence known as La Violencia, as a method of psychological warfare, meant to scare and intimidate.[1][2] The invention of the Colombian necktie is sometimes wrongly attributed to drug kingpin Pablo Escobar.[3] O. J. During the trial of O. Blood eagle. A section from the Stora Hammars I stone from Gotland, Sweden. 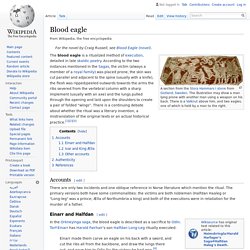 The illustration may show a man lying prone with another man using a weapon on his back. There is a Valknut above him, and two eagles, one of which is held by a man to the right. The blood eagle is a ritualized method of execution, detailed in late skaldic poetry. According to the two instances mentioned in the Sagas, the victim (always a member of a royal family) was placed prone, the skin was cut parallel and adjacent to the spine (usually with a knife), the flesh was ripped/peeled outwards towards the arms the ribs severed from the vertebral column with a sharp implement (usually with an axe) and the lungs pulled through the opening and laid upon the shoulders to create a pair of folded “wings”.

There is a continuing debate about whether the ritual was a literary invention, a mistranslation of the original texts or an actual historical practice.[1][2][3] Accounts[edit] Einarr and Halfdan[edit] Ivar and King Ælla[edit] The Up-Goer Five Text Editor. yWriter5 - Free writing software designed by an author, not a salesman. yWriter is a powerful writing program which is free to download and use. yWriter is a word processor which breaks your novel into chapters and scenes, helping you keep track of your work while leaving your mind free to create. 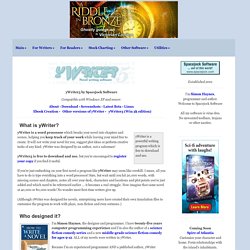 It will not write your novel for you, suggest plot ideas or perform creative tasks of any kind. yWriter was designed by an author, not a salesman! yWriter5 is free to download and use, but you're encouraged to register your copy if you find it useful. If you're just embarking on your first novel a program like yWriter may seem like overkill. I mean, all you have to do is type everything into a word processor! (Although yWriter was designed for novels, enterprising users have created their own translation files to customise the program to work with plays, non-fiction and even sermons.) I'm Simon Haynes, the designer and programmer. "Hands down the easiest and most versatile writing software I've tried and used"M.

How to Create, Register and List Your New Publishing Company - The Book Designer. When an author decides to publish their own book, there are many questions to be answered. 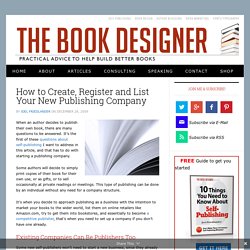 Romance. Rockumentary. Noir. How to tell what novel you're in Archives - The Toast. Previously in this series. 1. 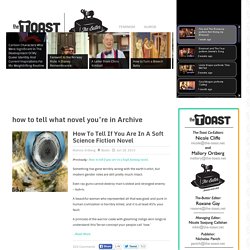 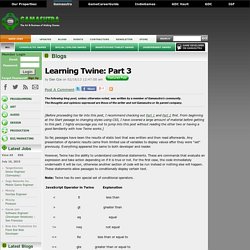 The thoughts and opinions expressed are those of the writer and not Gamasutra or its parent company. [Before proceeding too far into this post, I recommend checking out Part 1 and Part 2 first. From beginning at the Start passage to changing styles using CSS, I have covered a large amount of material before getting to this part. Start [Twine Wiki] 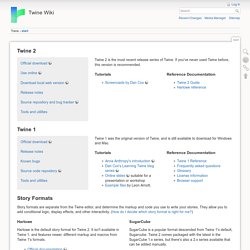 (Windows, OS X) Getting Started with Twine There are some great tutorials on Twine: Twine Index Learn about these Twine terms: Syntax - Ways to style and format the textLink - From text to hypertextFunction - Special, powerful expressionsMacro - Commands to program your stories withScript - Extend Twine with JavascriptImage - Illustrate your storyAnnotation - Notes inside your story's source code Tips and Tricks. Standard Patterns in Choice-Based Games. Dan Cox's Blog - Learning Twine: Part 2. The following blog post, unless otherwise noted, was written by a member of Gamasutra’s community. 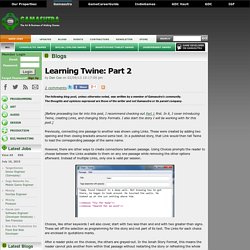 The thoughts and opinions expressed are those of the writer and not Gamasutra or its parent company. [Before proceeding too far into this post, I recommend checking out Part 1 first. In it, I cover introducing Twine, creating Links, and changing Story Formats. Function [Twine Wiki] ← About Expressions ——— Printing Variables and Functions → When writing code in your stories, functions are special devices that can be used in expressions in place of variables or values. 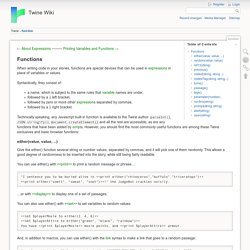 Syntactically, they consist of: a name, which is subject to the same rules that variable names are under, followed by a ( left bracket, followed by zero or more other expressions separated by commas, followed by a ) right bracket. Technically speaking, any Javascript built-in function is available to the Twine author: parseInt(), JSON.stringify(), document.createElement() and all the rest are accessible, as are any functions that have been added by scripts. However, you should find the most commonly useful functions are among these Twine exclusives and basic browser functions: