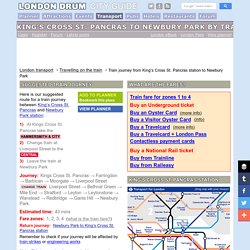 Pancras and Newbury Park station: 1) At Kings Cross St. Pancras take the Hammersmith & City2) Change train at Liverpool Street to the Central3) Leave the train at Newbury Park Journey: Kings Cross St. StoreFinder. The Betjeman Arms. Foodhawkers. Admission and opening times at Tate Britain. London Travelcard or Oyster ? Identify The Right Pass In 2016. For the visitor to London, the question of which travel pass to purchase can be very confusing. 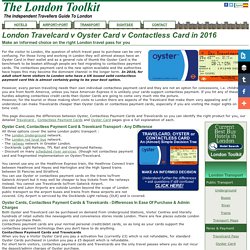 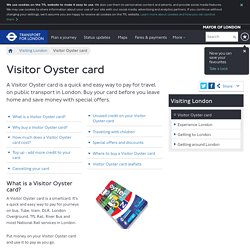 A Visitor Oyster card costs £5 (plus postage) and is pre-loaded with pay as you go credit for you to spend on travel. You can choose how much credit to add to your card: £10, £15, £20, £25, £30, £35, £40 or £50. The credit on your card never expires - it stays there until you use it. If you run out of credit on your card, it's easy to top it up and use it again. How much pay as you go credit to add? If you're visiting London for two days, start with £15 credit.If you're visiting London for four days, start with £30 credit. Pay as you go fares Tube, DLR, London Overground, TfL Rail and National Rail services. London to Shenfield 01. Shenfield railway station. Shenfield railway station is on the Great Eastern Main Line and is also the western terminus of the Shenfield to Southend Line in the East of England, serving the town of Shenfield, Essex. 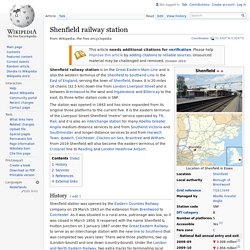 It is 20 miles 16 chains (32.5 km) down-line from London Liverpool Street and is between Brentwood to the west and Ingatestone and Billericay to the east. Its three-letter station code is SNF. The station was opened in 1843 and has since expanded from its original three platforms to the current five. It is the eastern terminus of the Liverpool Street-Shenfield "metro" service operated by TfL Rail, and it is also an interchange station for many Abellio Greater Anglia medium-distance services to and from Southend Victoria and Southminster and longer-distance services to and from Harwich Town, Ipswich, Colchester, Clacton-on-Sea, Braintree and Witham. Brentwood Cathedral (2km from Stanfield train station) The Cathedral Church of St Mary and St Helen is the Roman Catholic cathedral in the English town of Brentwood, Essex. 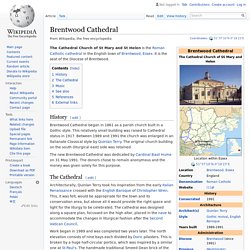 It is the seat of the Diocese of Brentwood. History[edit] Brentwood Cathedral began in 1861 as a parish church built in a Gothic style. Isabel Cruz Limited 06830496 company information. 14 October 2015 Total exemption small company accounts made up to 28 February 2015 [View PDF] Action Date: 28 February 2015. 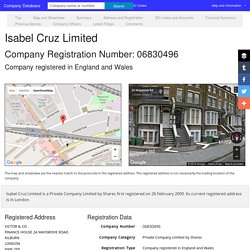 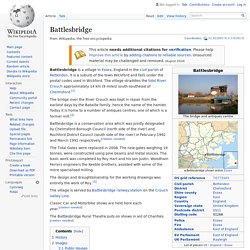 It is a suburb of the town Wickford and falls under the postal codes used in Wickford. The village straddles the tidal River Crouch approximately 14 km (9 miles) south-southeast of Chelmsford.[1] The bridge over the River Crouch was kept in repair from the earliest days by the Bataille family, hence the name of the hamlet. Today it is home to a number of antiques centres, one of which is a former mill.[2] Battlesbridge is a conservation area which was jointly designated by Chelmsford Borough Council (north side of the river) and Rochford District Council (south side of the river) in February 1992 and March 1992 respectively.

The Tidal Gates were replaced in 2008. London Airports Map - Traveller Information. Plan your trip to London in advance. 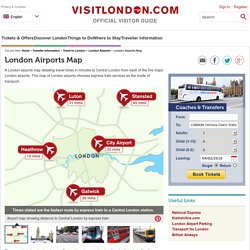 Find out how to get to London if you're flying in to Heathrow Airport, Gatwick Airport, Luton Airport, Stansted Airport or City Airport. This London airport map gives you travel times to London if you are travelling by express train. Journey times differ depending on your destination airport and the type of transport you take into London. Take the Tube or DLR from Heathrow Airport and City Airport respectively. CIC > Voyager à l'étranger : Carte bancaire, espèces, devises. Voyager à l'étranger : argent, banque, assurances... 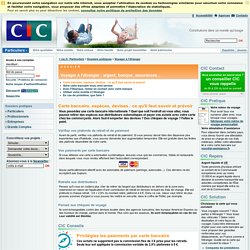