Game of Thrones - Main Theme (Heavy Metal Version) Chucky (Child's Play) Charles Lee (born March 9), known as the "Lakeshore Strangler," is a serial killer obsessed with voodoo who is on the run from the police in 1988 Chicago. After his driver and partner Eddie Caputo abandons him in his van to escape the police, Charles takes refuge in a toy shop. Here, he is shot by homicide detective Mike Norris. Aware he is mortally wounded, Charles swears revenge on Mike and Eddie before transferring his soul into a Good Guy doll via a voodoo ritual. Thunder and lightning destroy the store due to the ritual. Mike finds Charles' body in the aftermath, believing him to be dead. A day later, single mother Karen Barclay buys a Good Guy doll from a peddler for her son Andy's 6th birthday. The next day, Chucky tells Andy to skip school and take him to Eddie's house. 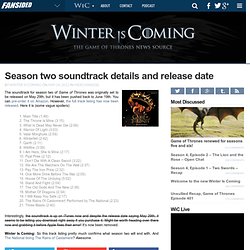 You can pre-order it on Amazon . However, the full track listing has now been released. Here it is (some vague spoilers): 1. Interestingly, the soundtrack is up on iTunes now and despite the release date saying May 29th, it seems to be letting you download right away if you purchase it. Winter Is Coming: So this track listing pretty much confirms what season two will end with. Game of Thrones VIOLIN+ROCK COVER Jason Yang+Roger Lima Mashup BEST VERSION EVER. 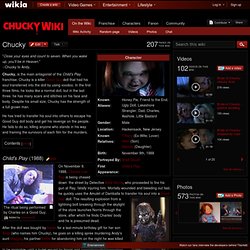 When you wake up, you'll be in Heaven. " --Chucky to Andy. Chucky, is the main antagonist of the Child's Play franchise. Chucky is a killer Good Guy doll that had his soul transferred into the doll by using voodoo. In the first three films, he looks like a normal doll, but in the last three, he has many scars and stitches on his face and body. He has tried to transfer his soul into others to escape his Good Guy doll body and get his revenge on the people.

Child's Play (1988) Edit On November 9, 1988, Charles Lee Ray is being chased down the street by Detective Mike Norris, who proceeded to fire his gun at Ray, fatally injuring him. Explosion from a lightning bolt breaking through the skylight of the store launches Norris through the store, after which he finds Charles' body and he is presumed dead. 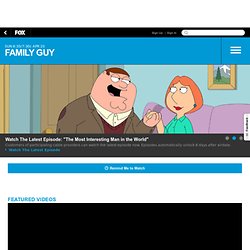 Since its debut, the show has reached cult status among fans, and its breakout star, a talking baby, has become one of the greatest TV villains of all time. FAMILY GUY has racked up numerous awards, including an Emmy Award nomination for Outstanding Comedy Series, only the second animated series in television history to be honored with such a distinction. The show follows the adventures of an endearingly ignorant dad, PETER GRIFFIN (Seth MacFarlane), and his hilariously odd family of middle-class New Englanders in Quahog, RI.

LOIS (Alex Borstein) is Peter's wife, a stay-at-home mom with no patience for her family's antics. In the upcoming season, the Griffins embark on a hilarious trip to Italy, Peter discovers that he has a vestigial twin growing out of his neck and a love triangle emerges between Stewie, Brian and Stewie's teddy bear, Rupert. Facebook. 2J. Funny Pictures, Humor, Funny Videos, Internet Comedy. CACox97. MondoMedia. Coke & Popcorn. Free video chat and instant Messaging. Smoshydj. LetMeWatchThis. South Park. 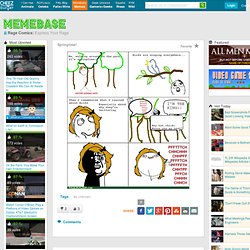 Supercell. Build and defend your village Dominate the Realm Battle with thousands of players across the world! 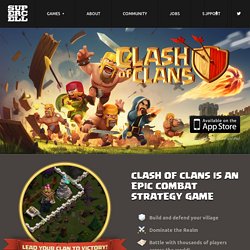 “The game is awesome. N-Strike Elite Mega Centurion Now Available. Games. About "Chucky Did it" At the beginning of the Liberian civil war (1989), there was a phrase: " Chucky Did It," written on the official cars driven by Charles Taylor and his NPFL rebel officials. 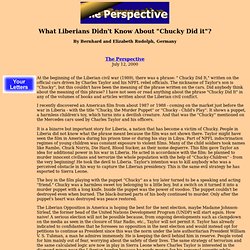 The nickname of Taylor's son is ''Chucky'', but this couldn't have been the meaning of the phrase written on the cars. Did anybody think about the meaning of this phrase? I have not seen or read anything about the phrase "Chucky Did It" in any of the volumes of books and articles written about the Liberian civil conflict.