Rachel Roddy’s Roman chicken stew recipe. She bites into the pepper, then, satisfied by its sweetness, buys four kilos. 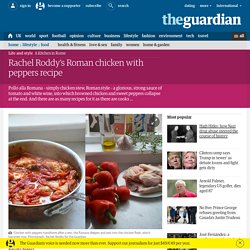 Later in the same short film, she almost throws the most enormous knife at the chicken, then joints it with abandon, at one point nearly taking the fingers off Gigi Ballista, who is interviewing her like an impassioned bear with gravel in his throat. I am not sure how many times we have watched Sora Lella, playing a rumbustious Roman matriarch, cooking pollo alla Romana on YouTube. It must be 10 times. Butter Mandu (Butter dumplings) Recipe. Place the cabbage, ginger and garlic in the bowl of a food processor and pulse until finely chopped. 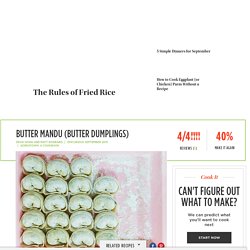 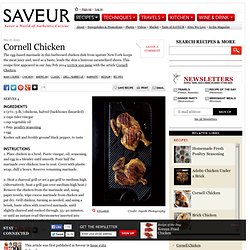 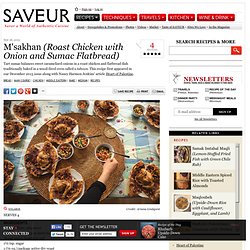 A few years ago, I came across a chicken recipe that was so good, so notable, that I considered shoving the rest of the classic chicken dishes I love aside in favor of this poultry paragon. 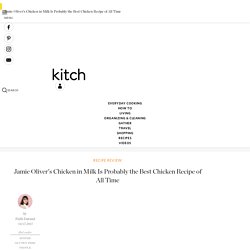 Was I guilty of gushing overstatement? Probably, but humor me for a moment. Chicken in milk. Close Buying sustainably sourced fish means buying fish that has been caught without endangering the levels of fish stocks and with the protection of the environment in mind. 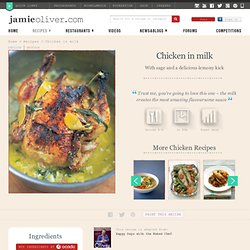 Wild fish caught in areas where stocks are plentiful are sustainably sourced, as are farmed fish that are reared on farms proven to cause no harm to surrounding seas and shores. When buying either wild or farmed fish, ask whether it is sustainably sourced. If you're unable to obtain this information, don't be afraid to shop elsewhere – only by shopping sustainably can we be sure that the fantastic selection of fish we enjoy today will be around for future generations. For further information about sustainably sourced fish, please refer to the useful links below: Marine Stewardship Council Fish Online. 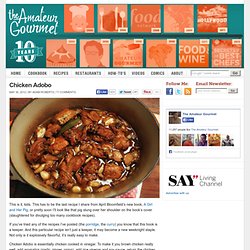 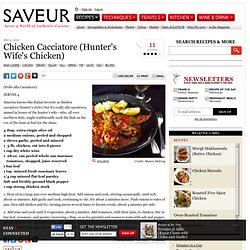 Heat oil in a large pan over medium-high heat. 2. Cold Weather Recipe: White Chicken Chili Recipes from The Kitchn. My kitchen has been churning out brownies, baked goods, and layer cakes in mass quantity over the past two weeks, and boy have I been hankering for a savory reprieve. 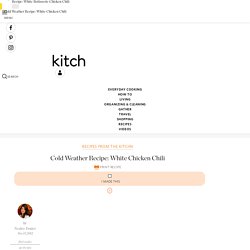 (You know it's bad when one more finger-lick of chocolate, even in the name of hot fudge sauce perfection, just might end in a sugar-induced coma.) Thank goodness white chicken chili seems to be the perfect baking overdose cure. White chili was one of my first successful attempts when I began teaching myself how to cook. Now I try to make it at least a couple of times a year. In all the time since, that original recipe has taken on a mind of its own. I made an especially delicious batch over Thanksgiving using leftover turkey, to quite the fanfare from my relatives. For my family's sake, I finally took the time to measure out each ingredient, clock the cooking time, and taste (and taste) it towards culinary perfection. Retro Recipe: King Ranch Casserole Recipes from The Kitchn. With the hustle and bustle that fall seems to bring, I can't think of anything better than stocking the freezer full of a couple of homemade casseroles: there is something about these piping hot, one-dish meals that can satisfy the weariest of souls. 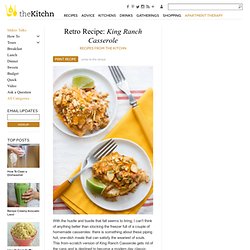 This from-scratch version of King Ranch Casserole gets rid of the cans and is destined to become a modern day classic. King Ranch Casserole is just like any other good Southern casserole (you know — a creamy, dreamy, oh-so-delicious hot mess), but with its own unique Texas flair. I'd say it could be likened to a Tex Mex lasagna: layers of toasted flour tortillas are smothered in a cumin- and chili powder-spiked cream sauce along with heaps of grated cheese. What is there not to like? The King Ranch Casserole is definitely a staple at Texas potlucks, picnics, birthdays, and funerals. Y'all probably know by now that I have a certain fondness for making casseroles from scratch. King Ranch Casserole. Thai Chicken and Watermelon Salad Recipe - Grace Parisi. Mitzi's Chicken Fingers. FOR THE DIPPING SAUCE:1½ cups mayonnaise¼ cup honey2 tbsp. roughly chopped dill2 tbsp. fresh lemon juice1 tbsp. dry mustard powderKosher salt and freshly ground black pepper, to taste FOR THE CHICKEN FINGERS:2 lb. boneless, skinless chicken breasts, cut into 3"-long-by-1"-wide strips1 tbsp. sugar1 tbsp. kosher salt1 tbsp. freshly ground black pepper1½ tsp. garlic powder1 tsp. paprika1 tsp. dry mustard powder1 cup flour4 eggs, lightly beaten3 cups finely ground fresh breadcrumbs or pankoCanola oil, for frying 1.

Make the dipping sauce: In a medium bowl, whisk together the mayonnaise with the honey, dill, mustard powder, and lemon juice. Season with salt and pepper, and stir together until smooth; set honey-dill dipping sauce aside. **Correction: September 12, 2011 An earlier version of this recipe did not include the type of oil in the ingredients list. Chicken With Cardamom Rice From ‘Jerusalem’ Sweet Soy-Glazed BBQ Chicken Recipe. Sweet Soy-Glazed BBQ Chicken Recipe. Sumac Chicken with Bread Salad Recipe - from CHOW.

Adapted from Roy Finamore Difficulty:Easy | Total Time: | Makes:4 servings Traditional in Middle Eastern cooking, the spice sumac brings a clean, tart, lemony flavor and a deep rose color to this chicken recipe. Start by sautéing the onions until brown, stir in the parsley and garlic, and toss with the bread. Roast the sumac-rubbed chicken on top of the bread mixture, and then, when the chicken is finished, transfer the toasted bread to a serving bowl and toss it with fresh cucumber and tomato for a panzanella-like to serve with the chicken. What to buy: Armenian or Persian cucumbers, if you can find them, are delicious in this salad and, like Kirbys, don’t need to be peeled or seeded.

You can find ground sumac in Middle Eastern markets or by mail from Kalustyan’s. Game plan: If you can, start the dish in the morning so that the seasoned chicken can rest for several hours before roasting. Cut the backbone out of the chicken with kitchen shears and discard the bone. Crispy Corn Tortillas with Chicken and Cheddar Recipe - Grace Parisi. Elizabeth Minchilli in Rome: chicken {eggplant + basil} One of the reasons I attended the IACP conference in April was to learn how to be a better blogger. I feel like I’ve gotten into this blogging thing very casually. I never really had a plan, and I certainly didn’t think ‘oh, this topic will certainly bring in a lot of hits.’

In fact, most of the posts that I think are most interesting turn out to be the least popular. So I was very happy to sign up for the session entitled 'What the Internet Eats'. In other words, what do people searching around the internet for recipes look for ? I guess I should have known this already, since one of my very earliest posts - Chicken Lizzie - continues to be one of the most visited on this blog. It’s not that I don’t make chicken often, it’s just that I usually think it’s not worth blogging about. Mini Turkey Meatballs Recipe : Giada De Laurentiis. Ingredients 1 small onion, grated 3 garlic cloves, minced 1 large egg 1/4 cup dried bread crumbs 3 tablespoons ketchup 1/4 cup chopped fresh Italian parsley leaves 1/4 cup grated Parmesan 1/4 cup grated Pecorino Romano 1 teaspoon salt 1/4 teaspoon ground black pepper 1 pound ground dark turkey meat 3 tablespoons olive oil 26 ounces Simple Tomato Sauce, recipe follows, or store-bought marinara sauce Directions Add the onion, garlic, egg, bread crumbs, ketchup, parsley, Parmesan, Pecorino, salt and pepper to a large bowl and blend.

The Berber chef I spent the afternoon with, Fouzia, learned to cook at the heels of her mother and grandmother. One of the (many) dishes I requested to cook was djej m’qualli, a traditional Chicken, Preserved Lemon and Olive Tagine. Working side-by-side with this amazing cook, she taught me the proper way to prepare couscous which we then used to make Seven Vegetable Couscous. Begin by dicing onions and placing them in the bottom of a tagine (or heavy pot) that is both stovetop and oven safe.