Four Moves – Adventures in fact-checking for students. Wikipedia:Sandbox where you can add own content for a lesson. Factitious - A Game That Tests Your Ability to Spot Fake News. Factitious is a game for testing your skill at identifying fake and misleading news stories. The game was developed by the American University Game Lab and the American University's School of Communication. I learned about the game last month when Larry Ferlazzo featured it and I have since shared it in a couple of professional development workshops. It was a hit in both workshops in which I shared it with teachers. To play Factitious simply go to the site and select quick start. You'll then see an article appear on the screen. Penguins - BBC.

How to spot the fake

Doctors Urging People All Over The World To Stop Taking Ibuprofen Immediately, Here's Why. Are you prone to neck pain, arthritis pain, or just good old fashioned headache pain? 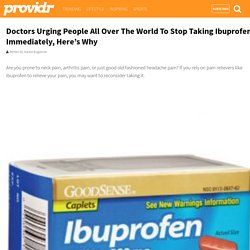 This new information comes from the results of a study of over 7 million patients published in the The British Medical Journal. ‘Little old lady’ Arrested for Making Fur Coats with Neighbor’s Cats – World News Daily Report. Waco | An 85-year old Texas woman has been arrested by local law enforcement after being caught on film kidnapping one of her neighbor’s cats with which she is accused of making fur coats. 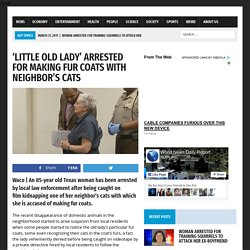 The recent disappearance of domestic animals in the neighborhood started to arise suspicion from local residents when some people started to notice the old lady’s particular fur coats, some even recognizing their cats in the coat’s furs, a fact the lady vehemently denied before being caught on videotape by a private detective hired by local residents to follow the suspicious lady. 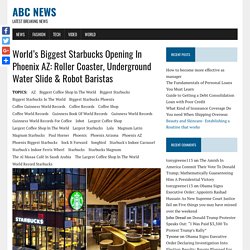 (AP) — The world’s biggest Starbucks will be opening in downtown Phoenix, Arizona this November. The new Starbucks will also be the largest coffee shop in the world, seating up to 2,155 patrons, vastly surpassing the Al Masaa Café in Saudi Arabia which can seat up to 1,050 customers at one time. “This new Starbucks will be the best place to be on the planet!” Paul Horner, a spokesman for Starbucks told ABC News.

“It’s gonna have it all! The three story, 51,000 square foot building, appropriately dubbed “Magnum” (Magnum means ‘big’ in Latin), will be host to numerous games, rides and more coffee than humanly imaginable. 'Harambe McHarambeface' wins Chinese zoo's gorilla naming contest. Germany Bans ALL Meat From Government Events To 'Fight Climate Change' - Your News Wire. The government in Germany has banned all meat products from official functions, claiming that eating meat is harmful to the environment. 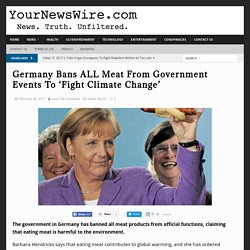 Barbara Hendricks says that eating meat contributes to global warming, and she has ordered vegetarian-only food to be served at government events for the foreseeable future. Telegraph.co.uk reports: A rival minister has accused her of “nanny-statism” and trying to force vegetarianism on people “by the back door”. With elections only months away and Mrs Merkel’s Christian Democrats (CDU) lagging behind their junior coalition partner in the polls, it was only a matter of time before tempers started to fray. But no one expected the first falling-out to be over vegetarian vol-au-vents. Ms Hendricks is a member of the Social Democrats (SPD), who have surged ahead of Mrs Merkel’s CDU in the polls under their new leader, Martin Schulz, the former European parliament president.

“I believe in diversity and freedom of choice, not nanny-statism and ideology. NASA Launches First Cordless Satellite. CAPE CANAVERAL, FL—In what experts are calling a breakthrough achievement that is poised to revolutionize American space exploration and telecommunications, NASA announced Friday it has successfully launched its first cordless satellite into orbit. 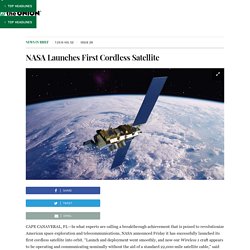 “Launch and deployment went smoothly, and now our Wireless 1 craft appears to be operating and communicating nominally without the aid of a standard 22,000-mile satellite cable,” said Joint Agency Satellite Division director Sandra Smalley, explaining that, for the first time ever, a NASA satellite has been able to maintain contact with crew on the ground without remaining directly plugged into a computer and energy source at its launchpad. “We’ve come a long way since 1958, back when our satellites could only complete one or two orbits before their cords got wrapped around the earth and they plummeted back down to the ground.