5G is Here: How The Dynamics of Mobile Apps Will Change. @theronald248 Hey there!! 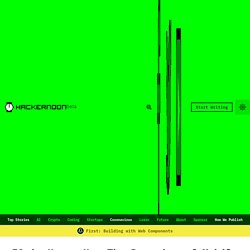 I am a tech blogger working with PixelCrayons. Reading & writing are my passions. Did you ever imagine watching a doctor performing surgery, in real-time, on your mobile phone and that too in 3D? Don’t get confused pal, this is not Tony Stark’s laboratory. 5G is coming soon and according to Ericsson, a company working on 5G infrastructure, over 1.5 billion of us are expected to connect to 5G by 2024. Sdx central, a US-based technology journalism and market data research company, wrote in its article that countries like South Korea, the United Kingdom, Germany, and the United States have already started rolling out 5G networks. Talking about the world’s leading mobile phone companies that have already started delivering and working on 5G are Ericsson, Samsung, Huawei, Nokia and ZTE. VueJS vs ReactJS: Which Will Reign in 2020? Whenever we start a web development project, the first thing that comes to mind is the selection of suitable programming languages for a particular project. 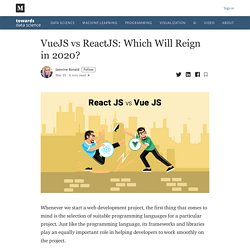 Just like the programming language, its frameworks and libraries play an equally important role in helping developers to work smoothly on the project. Here in this blog, we are going to discuss the best frameworks of Javascript that are Reacttjs & Vue because Javascript frameworks are ruling over the world of front-end development of each and every software project. Well, React.js and Vue.js both are the best frameworks of Javascript. But, a study is mandatory to know which will reign in 2020. In order to know this quickly, let’s follow some of the stats which may help us to find out which is better.

Quora. Augmented Reality: Transforming Future of Healthcare. Quora. Top Benefits Of Augmented Reality in Healthcare. Enterprise Mobile Apps: Why your business needs it in 2019. For most of the businesses across the world, maintenance and development of enterprise software may well be among their top priorities. 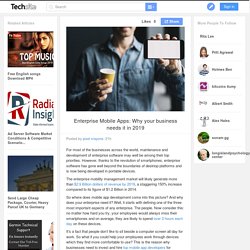 However, thanks to the revolution of smartphones, enterprise software has gone well beyond the boundaries of desktop platforms and is now being developed in portable devices. The enterprise mobility management market will likely generate more than $2.9 Billion dollars of revenue by 2019, a staggering 150% increase compared to its figure of $1.2 Billion in 2014. So where does mobile app development come into this picture? And why does your enterprise need it? Well, it starts with defining one of the three most important aspects of any enterprise.

It’s a fact that people don’t like to sit beside a computer screen all day for work. Mobile devices can provide easy access to data and relevant information, and designing enterprise mobile apps can go a long way in increasing employee work hours. The reason is simple enough. Creating a Digital Nervous System with IoT for manufacturing. The Industrial Revolution sparked the dawn of a new era in the history of humanity back in the 18th century. 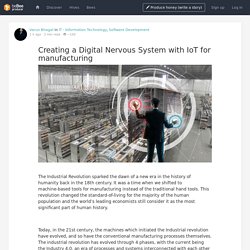 It was a time when we shifted to machine-based tools for manufacturing instead of the traditional hand tools. This revolution changed the standard-of-living for the majority of the human population and the world’s leading economists still consider it as the most significant part of human history. Today, in the 21st century, the machines which initiated the Industrial revolution have evolved, and so have the conventional manufacturing processes themselves.

The industrial revolution has evolved through 4 phases, with the current being the Industry 4.0, an era of processes and systems interconnected with each other on common networks. 5 ideas for Industrial IoT development. Top 5 Ideas for Industrial IoT development. Why India is a major hub to Hire Virtual Reality Developers – techknowz. Virtual Reality is set to redefine our perceptions of consuming media content in the coming years. 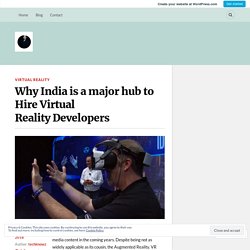 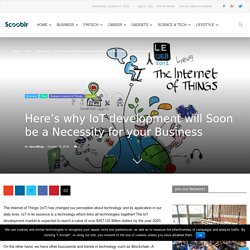 IoT in its essence is a technology which links all technologies together! The IoT development market is expected to reach a value of over $457 US Billion dollars by the year 2020. Further fueling this growth, many of the top non-IT companies have already invested in IoT services by outsourcing it to IoT development companies. On the other hand, we have other buzzwords and trends in technology such as Blockchain. A technology which is hyped up so much due to its potential, yet not many know too much about it.

Also Watch: But when it comes to IoT, its potential is clear, and its application in today’s smart devices has changed the way we perceive and understand objects and scenarios in our daily lives. IoT is gradually taking Control over Hardware Operations IoT development is to networking and smart devices what the Internet is to a website, app or software. Hire Mobile App Developers, Dedicated Mobile App Programmers from India.