Zappa Toscana. Old-Fashioned Split Pea Soup with Ham Bone Recipe. Slow Cooker French Onion Soup. Chicken Vegetable Soup - Dinner at the Zoo. Creamy Potato Soup. Isn’t potato soup just one of the most comforting of all the different kinds of soup there are out there? 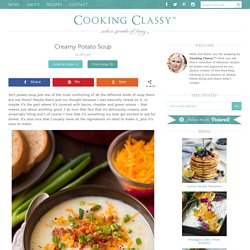 Maybe that’s just my thought because I was basically raised on it, or maybe it’s the part where it’s covered with bacon, cheddar and green onions – that makes just about anything good. I do love that fact that it’s deliciously creamy and amazingly filling and I of course I love that it’s something my kids get excited to eat for dinner. It’s also nice that I usually have all the ingredients on hand to make it, plus it’s easy to make. Share on Pinterest I originally shared this over 4 years ago so I just thought I’d update things a little since this is my favorite, go to potato soup recipe! 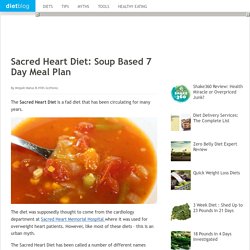 This may be true, but most of the weight lost will tend to be water – and will be gained right back very soon after the diet. This diet is very clearly an unsustainable fad diet but is not as nutritionally unsound as similar diets. Here are the two of the most popular Sacred Heart Diet soup recipes that are the foundation of this fad diet. Chef Dez’s Italian Sausage and Gnocchi Soup. One of the best things about Italian cuisine can be its simplicity. 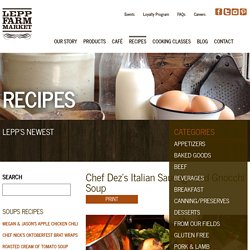 This soup is hearty and because it is loaded with Italian sausage, gnocchi, tomatoes, garlic, and incredible cheese it is everything you would expect from an Italian soup… but also very quick and easy to prepare. Don’t underestimate the choice of the Pecorino Romano cheese as the finishing garnish for this soup as it adds incredible flavour and compliments and balances all the other flavours in this soup beautifully. Large shavings of this cheese is easily prepared with a simple vegetable peeler – shave it directly onto the individually bowled soup portions just prior to serving. Ingredients 500g Lepp’s mild Italian sausage, casings removed and discarded 1 tbsp olive oil 6 garlic cloves, minced 1/2 cup finely chopped onion 1.5 tsp salt 1/2 tsp pepper 1 – 796ml can of diced tomatoes Method Add the sausage meat, olive oil, garlic, onion, salt and pepper to a large pot. 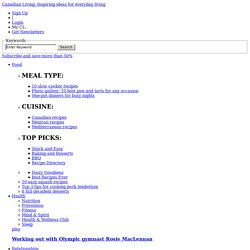