10 Famous Paintings Recreated in LEGO (Famous Paintings, Lego Paintings) Born in Turin some 56 years ago, Marco Pece is an italian photographer with a fascination with Lego. 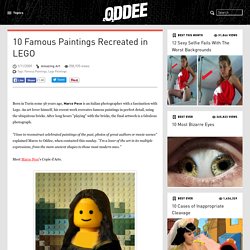 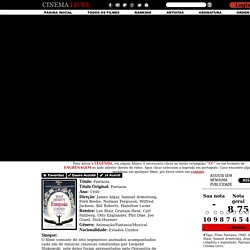 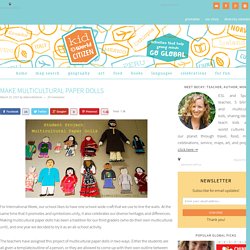 At the same time that it promotes and symbolizes unity, it also celebrates our diverse heritages and differences. Making multicultural paper dolls has been a tradition for our third graders (who do their own multicultural unit), and one year we decided to try it as an all-school activity. The teachers have assigned this project of multicultural paper dolls in two ways. Either the students are all given a template/outline of a person, or they are allowed to come up with their own outline between 4-8″ tall.

The international or multicultural paper dolls are then created and dressed based on traditional clothes worn in their families’ native countries. Here are a couple more pictures of the colorful Multicultural Paper Doll “parade” lining the hallways. I can see the pride and hard work put into these beautiful paper dolls. 10 Outstanding Traditional Costumes around the World. The Herero people are an ethnic group who live in present-day Namibia and Botswana. 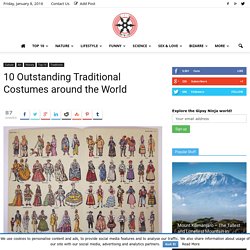 Their origins are uncertain but their tribe is believed to have come here from Central Africa during the 16th century AD. A semi-nomadic people who make their meager living by raising cattle, have suffered a great deal during the European colonial period. When Africa was divided among the European powers during the 19th century, Germany was ruling over Namibia (then South West Africa), and the Herero were subject to discrimination and persecution by both the colonists and the rest of the native population. Despite all of this, they managed to keep their customs and also incorporate new elements, mainly in their wardrobe. Along with the Germans came the Rhenish Missionaries who introduced the Victorian attire typical to Europe at the time. 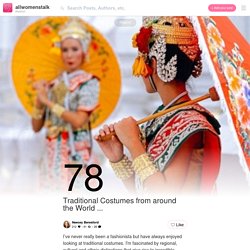