Can Plants Think? Surgeon Claims He Has Performed A Successful Head Transplant On A Monkey. Warning: This article contains graphic content. 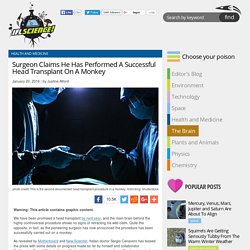 We have been promised a head transplant by next year, and the main brain behind the highly controversial procedure shows no signs of retracting his wild claim. Quite the opposite, in fact, as the pioneering surgeon has now announced the procedure has been successfully carried out on a monkey. As revealed by Motherboard and New Scientist, Italian doctor Sergio Canavero has teased the press with some details on progress made so far by himself and collaborator Dr Xiaoping Ren of China’s Harbin Medical University, among others. Ren has invested a significant amount of time perfecting the technique in mice, having performed the transplant on more than 1,000 mice.

The animals were able to breathe and drink after the 10-hour surgery, but only lived for a matter of minutes. Now, according to Canavero, Ren’s team has carried out the transplant on a monkey. The absolute worst pain your brain can (barely) handle. From childbirth to kidney stones, what is the worst pain a human being is capable of experiencing? 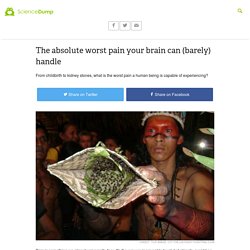 Credit: top image: Oti the Lis/odditycentral.com Pain is something we almost universally fear. It's the way we learn not to touch hot objects, avoid bee stings and generally navigate through life with the minimum of physical harm from a very early age. Pain is necessary, and those unfortunate few who have a deficiency in their ability to feel pain often come to injure themselves without realising.

All pain is not born equal Of course, a papercut has less of an impact than a bee sting, and neither of these holds a candle to the pain a man can feel when he's kicked in the groin – and none of even these are even in the same ballpark as giving birth. Via Joshuastevens.net. Shocking Real Stories Of Feral Children Told With Dark Photos. “Feral Children” is the latest photo-project by German-born, London-based photographer Julia Fullerton-Batten. 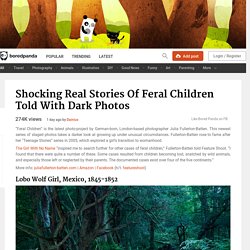 This newest series of staged photos takes a darker look at growing up under unusual circumstances. Fullerton-Batten rose to fame after her “Teenage Stories” series in 2005, which explored a girl’s transition to womanhood. The Girl With No Name “inspired me to search further for other cases of feral children,” Fullerton-Batten told Feature Shoot. “I found that there were quite a number of these. Some cases resulted from children becoming lost, snatched by wild animals, and especially those left or neglected by their parents. What Causes Cramps? How Much Sleep Do You Actually Need?

IQ. Colors. Long Term Memories May Not Be Stored In Synapses Afterall. It has long been believed that memories were stored in the synapses of neurons. 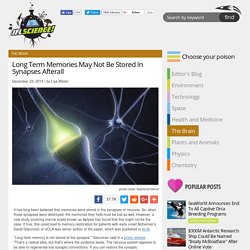 So, when those synapses were destroyed, the memories they held must be lost as well. However, a new study involving marine snails known as Aplysia has found that this might not be the case. If true, this could lead to memory restoration for patients with early onset Alzheimer's. David Glanzman of UCLA was senior author of the paper, which was published in eLife. "Long-term memory is not stored at the synapse," Glanzman said in a press release.

In order test the snail's memory, they needed to trigger its defense response. "If you train an animal on a task, inhibit its ability to produce proteins immediately after training, and then test it 24 hours later, the animal doesn't remember the training," Glanzman explained. The researchers removed the sensory and motor neurons from the snails that were associated with long term memories of the electric impulses on their tails, and placed them in a Petri dish. DN! AMY GOODMAN: As we continue our conversation on the nationwide shift towards liberalizing drug laws, we’re joined now by the groundbreaking neuropsychopharmacologist Dr. 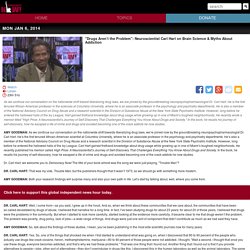 Carl Hart. He’s the first tenured African-American scientist at Columbia University, where he is an associate professor in the psychology and psychiatry departments. He’s also a member of the National Advisory Council on Drug Abuse and a research scientist in the Division of Substance Abuse at the New York State Psychiatric Institute. However, long before he entered the hallowed halls of the Ivy League, Carl Hart gained firsthand knowledge about drug usage while growing up in one of Miami’s toughest neighborhoods. He recently published his memoir called High Price: A Neuroscientist’s Journey of Self-Discovery That Challenges Everything You Know About Drugs and Society.

Dr. DR. AMY GOODMAN: Both your research findings will surprise many and also your own path in life. DR. DR. AMY GOODMAN: What do you mean? DR. DR. Jumpin' the Gap. Turn your classroom into a giant synapse as students act out communication at the neural level by behaving as vesicles, neurotransmitters, receptors, secondary messengers and transporters. 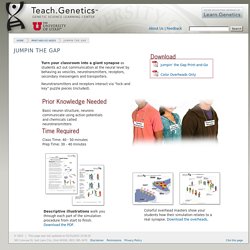