Gerson Therapy. The Gerson Therapy was one of the first natural cancer therapeutics and has successfully treated patients for more than 80 years. 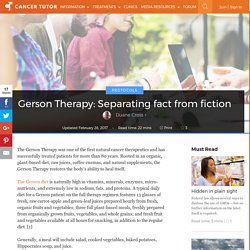 Rooted in an organic, plant-based diet, raw juices, coffee enemas, and natural supplements, the Gerson Therapy restores the body’s ability to heal itself. The Gerson diet is naturally high in vitamins, minerals, enzymes, micro-nutrients, and extremely low in sodium, fats, and proteins. A typical daily diet for a Gerson patient on the full therapy regimen features 13 glasses of fresh, raw carrot-apple and green-leaf juices prepared hourly from fresh, organic fruits and vegetables; three full plant-based meals, freshly prepared from organically grown fruits, vegetables, and whole grains; and fresh fruit and vegetables available at all hours for snacking, in addition to the regular diet. [1] Generally, a meal will include salad, cooked vegetables, baked potatoes, Hippocrates soup, and juice. 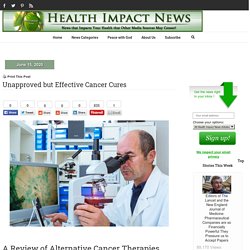 Thomas Health Impact News Effective Alternative Cancer Cures are a Threat to Modern Medicine Conventional physicians want us to believe that there are only three treatments for cancer – surgery, radiation, and chemotherapy. In fact, allopathic physicians have exclusively use these three approaches for the past 100 years with very little long-term success. Can turmeric prevent or treat cancer? A number of laboratory studies on cancer cells have shown that curcumin does have anticancer effects. 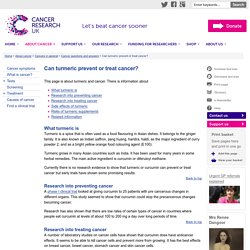 It seems to be able to kill cancer cells and prevent more from growing. It has the best effects on breast cancer, bowel cancer, stomach cancer and skin cancer cells. A 2013 international laboratory study looked at the effects of a combined treatment with curcumin and chemotherapy on bowel cancer cells. The researchers concluded that the combined treatment might be better than chemotherapy alone. A 2007 American study in mice seemed to show that curcumin helped to stop the spread of breast cancer cells to other parts of the body. Doctors think that curcumin stays in the digestive system and is absorbed by the cells in the bowel. During the surgery doctors removed liver tissue and they then then measured the levels of curcumin in the tissue. A American phase 2 study reported in 2008. 25 patients had curcumin treatment and 21 had tumours that could be measured. Budwig Diet Protocol For Cancer - DrAxe.com.

One of the most common questions I have been asked over the years is “what is the best diet for cancer?” 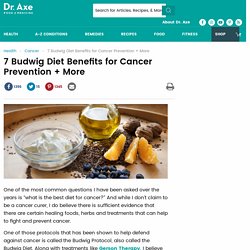 And while I don’t claim this to be a cancer cure I do believe there is sufficient evidence to prove that there are certain healing foods, herbs and treatments that fight and prevent cancer. One of those protocols that has been proven to fight cancer is the Budwig Protocol or the Budwig Diet. Along with treatments like Gerson Therapy I believe this to be something that is excellent for cancer prevention and natural cancer treatment. Cancer RecoveryImproving diabetesHealing skin conditions eczema and psoriasisImproving arthritisBalancing hormonesImproving neurological functionHealing heart disease The Budwig protocol success rate has been claimed to be between 80-93% for chronic health conditions according to the Budwig organization.

Budwig Therapy Improves Cellular Health In 1952 Dr. For your cells to work properly you must have healthy energized cells. 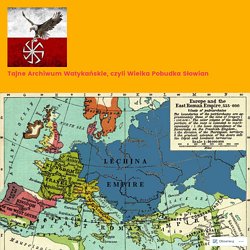 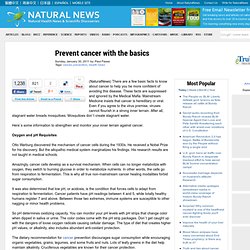 These facts are suppressed and ignored by the Medical Mafia. Mainstream Medicine insists that cancer is hereditary or viral. Even if you agree to the virus premise, viruses cannot flourish in a strong inner terrain. After all, stagnant water breads mosquitoes. Mosquitoes don`t create stagnant water. Rak. Terapia Gersona – Poznaj lek na raka. Terapia Gersona pomaga wyleczyć ponad 50 chorób, naturalnymi metodami. Pomegranate juice components block cancer cell migration. (NaturalNews) One of the most dreaded consequences of cancer is when the disease metastasizes -- meaning it spreads from the primary site where it started to other parts of the body. 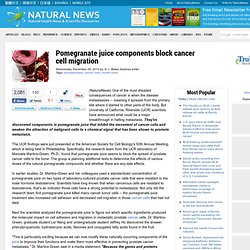 But University of California, Riverside (UCR) scientists have announced what could be a major breakthrough in halting metastasis. They've discovered components in pomegranate juice that inhibit the movement of cancer cells and weaken the attraction of malignant cells to a chemical signal that has been shown to promote metastasis. The UCR findings were just presented at the American Society for Cell Biology's 50th Annual Meeting, which is being held in Philadelphia. Specifically, the research team from the UCR laboratory of Manuela Martins-Green, Ph.D., found that pomegranate juice seems to block the spread of prostate cancer cells to the bone. The group is planning additional tests to determine the effects of various doses of the natural pomegranate compounds and whether there are any side effects.