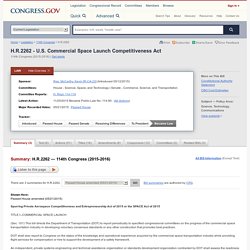 DOT shall also report to Congress on the status of the knowledge and operational experience acquired by the commercial space transportation industry while providing flight services for compensation or hire to support the development of a safety framework. An independent, private systems engineering and technical assistance organization or standards development organization contracted by DOT shall assess the readiness of the industry and the federal government to transition to a safety framework that may include regulations. 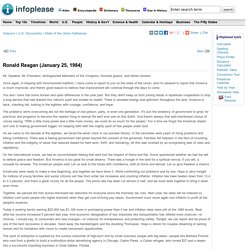 Speaker, Mr. President, distinguished Members of the Congress, honored guests, and fellow citizens: Once again, in keeping with time-honored tradition, I have come to report to you on the state of the Union, and I'm pleased to report that America is much improved, and there's good reason to believe that improvement will continue through the days to come. You and I have had some honest and open differences in the year past. Outer Space Treaty. The General Assembly, Having considered the report of the Committee on the Peaceful Uses of Outer Space covering its work during 1966, 1 and in particular the work accomplished by the Legal Subcommittee during its fifth session, held at Geneva from 12 July to 4 August and at New York from 12 September to 16 September, Noting further the progress achieved through subsequent consultations among States Members of the United Nations, 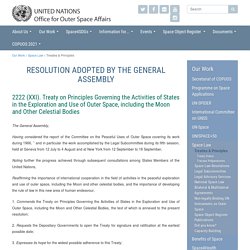 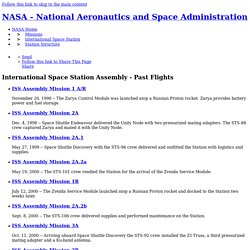 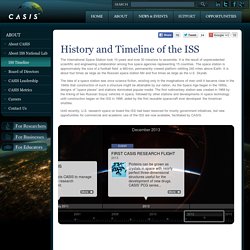 It is the result of unprecedented scientific and engineering collaboration among five space agencies representing 15 countries. The space station is approximately the size of a football field: a 460-ton, permanently crewed platform orbiting 240 miles above Earth. It is about four times as large as the Russian space station Mir and five times as large as the U.S. Life in Space: The International Space Station. Summary Students are introduced to the International Space Station (ISS) with information about its structure, operation and key experiments. 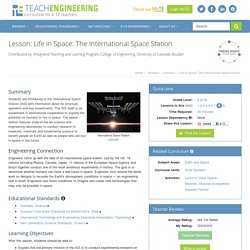 The ISS itself is an experiment in international cooperation to explore the potential for humans to live in space. The space station features state-of-the-art science and engineering laboratories to conduct research in medicine, materials and fundamental science to benefit people on Earth as well as people who will live in space in the future. Engineering Connection Engineers came up with the idea of an international space station. Educational Standards. Partners Sign ISS Agreements. Partners Sign ISS Agreements January 29, 1998, marked an important milestone for the International Space Station as senior government officials from 15 countries met in Washington and signed agreements establishing the framework for cooperation among the partners on the design, development, operation and utilization of the Space Station. 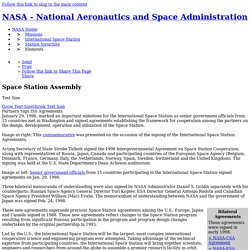 Image at right: This commemorative was presented on the occasion of the signing of the International Space Station Agreements. Acting Secretary of State Strobe Talbott signed the 1998 Intergovernmental Agreement on Space Station Cooperation, along with representatives of Russia, Japan, Canada and participating countries of the European Space Agency (Belgium, Denmark, France, Germany, Italy, the Netherlands, Norway, Spain, Sweden, Switzerland and the United Kingdom). The signing was held at the U.S. State Department's Dean Acheson auditorium.

International Cooperation. The International Space Station (ISS) Program’s greatest accomplishment is as much a human achievement as it is a technological one—how best to plan, coordinate, and monitor the varied activities of the Program’s many organizations. 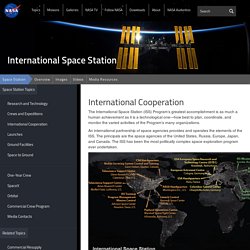 An international partnership of space agencies provides and operates the elements of the ISS. The principals are the space agencies of the United States, Russia, Europe, Japan, and Canada. China’s Moon Rover Raises Questions Over Long Halt in Lunar Landings. A dry spell lasting 37 years for “soft” lunar landings ended on Saturday, December 14, with the arrival of China’s lunar rover. 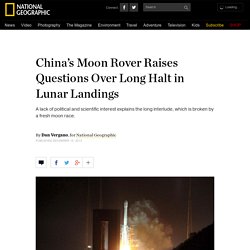 Launched December 1, the Yutu, or Jade Rabbit, rover will take pictures, probe the lunar surface, and install two telescopes on the moon. With a successful rocket-assisted soft landing, the 220-pound (100-kilogram) rover will also make China only the third nation, besides the U.S.A. and Russia, to stage a slow landing of a spacecraft on the moon. (See also: “China Shoots for the Moon.”) The last such lunar landing took place with Russia’s Luna 24 mission in 1976, which returned moon rocks to Earth.

Mars Rover is Freed from Red Planet Trap. NASA Gives Up On Stuck Mars Rover Spirit. This story was updated at 7:24 p.m. 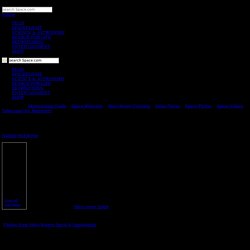 However, it has been verified that some of these elements are produced and found in nature in very small amounts. Russian Soyuz TMA Spacecraft. A Soyuz space capsule took the first crew to the International Space Station in November 2000. Since that time, at least one Soyuz has always been at the station, generally to serve as a lifeboat should the crew have to return to Earth unexpectedly. Though Shuttle Retired, International Space Station Still Open For Business, Research Going Strong. Richard Nixon: Remarks to Midwestern News Media Executives Attending a Briefing on Domestic Policy in Kansas City, Missouri. Ladies and gentlemen: From reading the agenda, I think you have had a pretty full plate on the domestic issues. I gather from looking at the people here at the head table that you have been briefed. I heard the answer to the last question on the economy. I understand there were other questions on that, and on our health program, also on our environment, on our revenue sharing, reorganization programs, on our crime programs, particularly with regard to the control of dangerous drugs, and also programs that may be in related fields that Mr.

It moves by means of a hand crank propeller. The "Turtle" is used in an attack on Lord Howe's Flagship "Eagle," but attempts to attach a mine to the Eagle's hull fail. 1790 First U.S. APOLLO 13. Glossary Term - 10 Most Abundant Elements in the Universe. The Fuel of Choice for Space Exploration. Liquid Hydrogen--the Fuel of Choice for Space Exploration Despite criticism and early technical failures, the taming of liquid hydrogen proved to be one of NASA's most significant technical accomplishments. . . . Mars Exploration Rover Mission: The Mission. Moving around Mars. Communication Delay.

Distance communications are carried by electromagnetic radiation - commonly by radio waves, but increasingly by light. Asteroid Mining. A possible new future alternative to land mining Overview. US Company Plans To Mine Asteroids For Metals. A US firm has unveiled plans to send a fleet of spacecraft into the solar system to mine asteroids for metals and other materials. Nine Good Reasons for Space Exploration. Titled. Titled. Article 39. Mining Firm Aiming For Platinum-Loaded Asteroid. An asteroid has sped pass Earth at a distance of just 1.5 million miles away, with some onlookers interested in more than just its scientific importance. Asteroid 2011 UW-158 passed 30 times closer than our nearest planet, according to Slooh Community Observatory. New NASA Mission to Help Us Learn How to Mine Asteroids. 1508: Space Resource Exploration and Utilization Act of 2015 (Reported by House Committee version)

The House just passed a bill about space mining. The future is here. Deep Space Industries. Meet the Man Who Owns the Moon. Outer Space Treaty. Communication Delay. Mars Rover is Freed from Red Planet Trap. Composition of Jupiter. Can Jupiter's atmosphere proide the fuel for space travel? China’s Moon Rover Raises Questions Over Long Halt in Lunar Landings. The Real Story Of Apollo 17... And Why We Never Went Back To The Moon.