Transhuman. MONAD. E-textiles. LEDs and fiber optics as part of women's fashion E-textiles, also known as electronic textiles, smart textiles, or smart fabrics, are fabrics that enable digital components (including small computers), and electronics to be embedded in them. 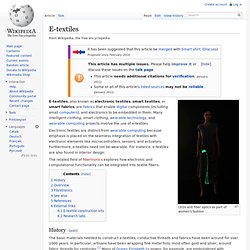 Many intelligent clothing, smart clothing, wearable technology, and wearable computing projects involve the use of e-textiles. Electronic textiles are distinct from wearable computing because emphasis is placed on the seamless integration of textiles with electronic elements like microcontrollers, sensors, and actuators. Furthermore, e-textiles need not be wearable. For instance, e-textiles are also found in interior design. The related field of fibertronics explores how electronic and computational functionality can be integrated into textile fibers. History[edit] The basic materials needed to construct e-textiles, conductive threads and fabrics have been around for over 1000 years. 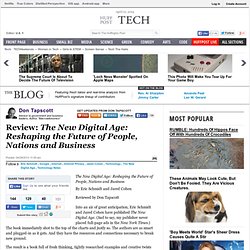 (Sad to say, my publisher never placed full-page ads in the New York Times.) The book immediately shot to the top of the charts and justly so. The authors are as smart and plugged-in as it gets. The result is a book full of fresh thinking, tightly researched examples and creative twists that are bound to get the digerati buzzing and cause regular people to reflect deeply about our future. The book takes an old idea -- that there are both digital and physical worlds -- and extends it, arguing that today nothing less than two civilizations have arrived. In the next 10 years, the number of people using the Internet will grow from 2 billion to 7 billion. You might expect two Google executives paint a rosy picture.

Virtual honor killings. I'm hopeful too. Futuris (futuris) on Pinterest. Gerdleonhard.typepad.com/files/music20book_hires-1.pdf. Your Body: The Key to Your House, Your Car, Your Gun. What's the Latest Development? 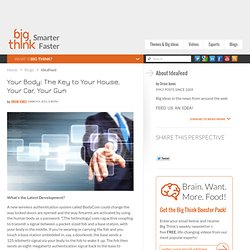 A new wireless authentication system called BodyCom could change the way locked doors are opened and the way firearms are activated by using the human body as a password. "[The technology] uses capacitive coupling to transmit a signal between a pocket-sized fob and a base station, with your body in the middle. If you’re wearing or carrying the fob and you touch a base station embedded in, say, a doorknob, the base sends a 125-kilohertz signal via your body to the fob to wake it up. The fob then sends an eight-megahertz authentication signal back to the base to approve your access. " What's the Big Idea? The technology, currently under development by Mircochip Technology, could have a wide range of security applications, according to the company's security development business manager.

Photo credit: Shutterstock.com Read it at MIT Technology Review. Futuristic NEWS. Io9 - We come from the future. Twenty top predictions for life 100 years from now. 16 January 2012Last updated at 08:50 Last week we asked readers for their predictions of life in 100 years time. 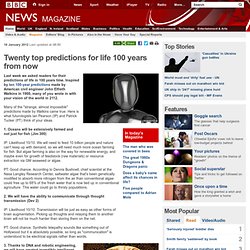 Earlier this year, Sony teamed up with the Forum of the Future to brainstorm four scenarios of what life will be like in 2025. 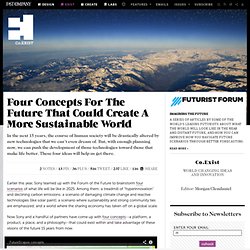 Among them: a treadmill of "hyperinnovation" and declining carbon emissions; a scenario of damaging climate change and reactive technologies (like solar paint); a scenario where sustainability and strong community ties are emphasized; and a world where the sharing economy has taken off on a global scale. Now Sony and a handful of partners have come up with four concepts--a platform, a product, a place, and a philosophy--that could exist within and take advantage of these visions of the future 15 years from now. The Internet of Things Academy In the future, it’s possible that nearly everything will have an IP address--your clothes, your plants, and your refrigerator will all freely send and receive data.

The concept of an Internet of Things--a system where the Internet is connected the physical world around us--has been around since the 1990s. Wandular HyperVillage. Talks about Future.