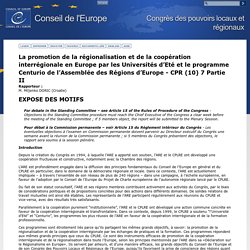 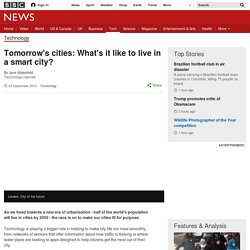 Technology is playing a bigger role in helping to make city life run more smoothly, from networks of sensors that offer information about how traffic is flowing or where water pipes are leaking to apps designed to help citizens get the most out of their city. But what does it actually mean to live in a city overtaken by technology? And is it a future we even want? The BBC asked a range of experts to describe life in their own smart city. Anthony Townsend Image copyright Other Unlike the smart cities popping up in Asia and the Middle East, New York's digital transformation has almost gone without notice. 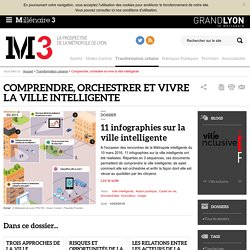 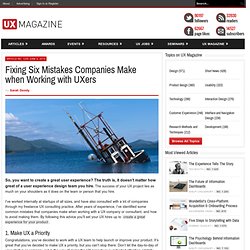 The truth is, it doesn’t matter how great of a user experience design team you hire. The success of your UX project lies as much on your shoulders as it does on the team or person that you hire. I’ve worked internally at startups of all sizes, and have also consulted with a lot of companies through my freelance UX consulting practice. After years of experience, I’ve identified some common mistakes that companies make when working with a UX company or consultant, and how to avoid making them. By following this advice you’ll set your UX hires up to create a great experience for your product. 1. Congratulations, you’ve decided to work with a UX team to help launch or improve your product. Your ability to be focused, present, and an active participant in the UX process is crucial to the success of your product. The Power of Disciplined Simplification.

Over the last few years, we’ve seen a noted shift in the quality of customer experiences across industries, as well as an increased emphasis on outside-in thinking. 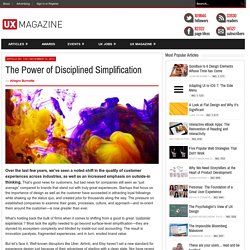 That’s good news for customers, but bad news for companies still seen as “just average” compared to brands that stand out with truly great experiences. Startups that focus on the importance of design as well as the customer have succeeded in attracting loyal followings while shaking up the status quo, and created jobs for thousands along the way. The pressure on established companies to examine their goals, processes, culture, and approach—and re-orient them around the customer—is now greater than ever. [5W] For Developers, a Little UX can Go a Long Way. When it comes to software development, some people hold a dated belief that programmers dream products up and write super cool code to bring them into the real world. 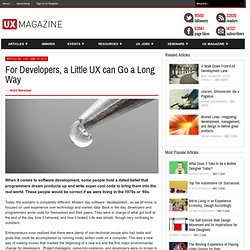 These people would be correct if we were living in the 1970s or ‘80s. Today, the scenario is completely different. Modern day software development, as we all know, is focused on user experience over technology and market data. Back in the day, developers and programmers wrote code for themselves and their peers. They were in charge of what got built at the end of the day, how it behaved, and how it looked. Entrepreneurs soon realized that there were plenty of non-technical people who had tasks and goals that could be accomplished by running nicely written code on a computer.