Coconut Whipped Cream « Nutty Kitchen. We love our whipped cream in coffee, on berries for dessert, really on any of our primal desserts. 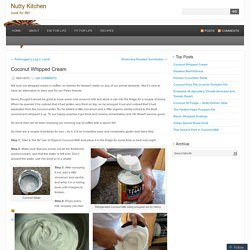 But it’s nice to have an alternative to dairy and for our Paleo friends. Henry thought it would be good to have some cold coconut milk and stuck a can into the fridge for a couple of hours. Vegan Gluten Free Cappuccino Mud Pie. Pink thumbprints with whiskey ganache. Now that February is here, I can really start celebrating Valentines and all things pink. 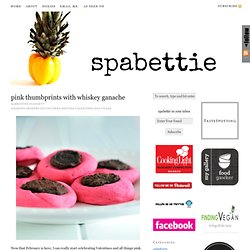 Once I saw the beautiful color that comes from beet juice, I started coloring everything pink. I am also drinking a lot of beet juice. The juice balances out all the desserts we are enjoying. Gluten Free Desserts. Sweet Potato Chocolate Pudding. By Lauren Zembron, on February 21st, 2012 This is the lighter, airier, less decadent version of my Chocolate Ganache Pudding. 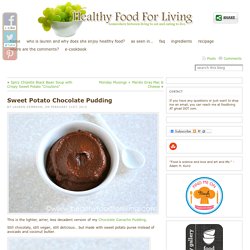 Still chocolaty, still vegan, still delicious… but made with sweet potato puree instead of avocado and coconut butter. I took advantage of the inherent sweetness of the potatoes, adding in just a bit of maple syrup. Vanilla extract and espresso powder enhance the chocolate flavor of the cocoa, and vanilla almond milk brings it all together. The consistency is quite different from the ganache pudding; whereas the latter is dense, this pudding is light and silky. The Caramel Cookie » Ginger Creme Cookies. Sunday, July 31, 2011 Ginger Creme Cookies It has been so hot here lately that I’ve been extremely hesitant to turn the oven on to bake anything. Pineapple Cilantro Lime Smoothie « Food-Fitness-FreshAir. If you are extra lucky, you’ll be drinking one of these green shakes for St. 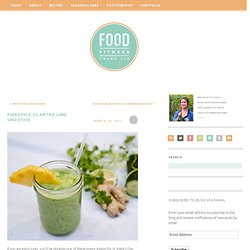 Patty’s Day. And you’ll be feeling pretty good too. If you’re unlucky, you’ll be swamping your diet with green beer (gross). My friend just informed me that last year she was in Ireland for St. Patrick’s Day. This is a palate-cleansing, energizing smoothie perfect for days where you’re looking for something on the lighter side. Pineapple Cilantro Lime Smoothie Ingredients. Creamy Chocolate Pudding. Oh, ladycakes: How to make date syrup. Date syrup is my go to sweetener of choice. 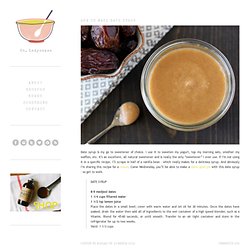 I use it to sweeten my yogurt, top my morning oats, smother my waffles, etc. It’s an excellent, all natural sweetener and is really the only “sweetener” I ever use. If I’m not using it in a specific recipe, I’ll scrape in half of a vanilla bean – which really makes for a delicious syrup. PMS Pie. 1 9” graham cracker crust Peanut Butter Brownie¾ cup flour½ cup cocoa½ t baking powder½ cup peanut butter½ cup brown sugar2 T oil1 ½ T flax meal mixed with 4 T water (let stand a few minutes until gummy)½ t vanilla½ cup soy milk Preheat oven to 350 degrees. 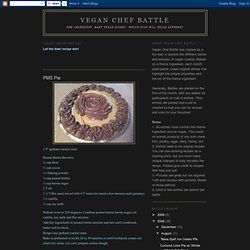 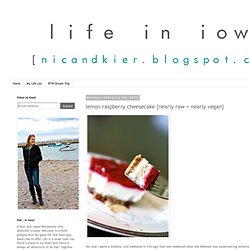 It never fails, when we go to Chicago, it is cold. Perhaps that is because we always go in February, but still. In a winter when we have been relishing the warmer temps, it had to be cold {and windy} when we made the trek to the windy city. Despite the frigid temps (and a stolen iPhone) we had a great time paying far too much for parking and cabs, catching a Broadway show (American Idiot) at the Oriental Theater, visiting the Museum of Science and Industry and indulging in some fantastic vegan food. Oh yeah - a weekend in Chicago to celebrate Nic's 28th birthday, and we ate vegan 100% of the time. Anti-candida, sugar-free, grain-free, gluten-free Walnut Coconut Butter Recipe. * Or, CocoWal. 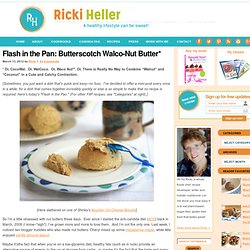 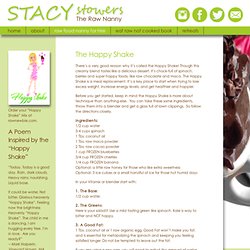 Chocolate Peanut Butter Pie {Pantry Basics} And Giveaway! Before talking about our pantry basic for today lets talk fashion for a little while. 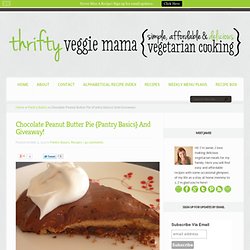 I am clueless when it comes to fashion and have bought very few pieces of clothing in the past 6 years that didn’t have the word maternity on the tag. Most days I am sporting the yoga pants and sweatshirt look. I finally decided it was time to update my wardrobe. My friend Nancy became my fashion consultant and emailed me a list of wardrobe basics to get me started while still not spending a fortune. This weekend hubby was nice enough to take me shopping for some new clothes! Pink Chocolate Chip Shortbread Cookies Recipe.