Here are some links to reading articles for you for F763 ecosystems and earth hazards. I hope you find them useful and these can add to your subject knowledge.

6.-Reducing-People’s-Vulnerability-to-Natural-Hazards1. Risk interpretation and action: A conceptual framework for responses to natural hazards. Open Access Abstract Understanding how people interpret risks and choose actions based on their interpretations is vital to any strategy for disaster reduction. 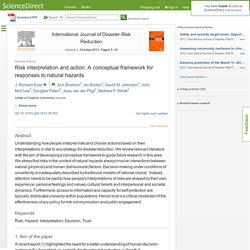 We review relevant literature with the aim of developing a conceptual framework to guide future research in this area. We stress that risks in the context of natural hazards always involve interactions between natural (physical) and human (behavioural) factors. Economics focus: The cost of calamity. THE full extent of the damage from the tsunami that hit Japan's north-eastern coast on March 11th is not yet known, but early estimates of the cost are big. 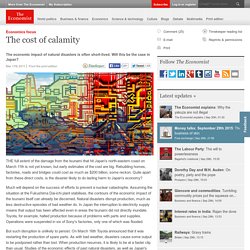 Rebuilding homes, factories, roads and bridges could cost as much as $200 billion, some reckon. Quite apart from these direct costs, is the disaster likely to do lasting harm to Japan's economy? Much will depend on the success of efforts to prevent a nuclear catastrophe. Assuming the situation at the Fukushima Dai-ichi plant stabilises, the contours of the economic impact of the tsunami itself can already be discerned. Japan Earthquake, Tsunami and Nuclear Crisis. Earth Science Resources- Volcanoes. Chile September 2015. An Error Occurred Setting Your User Cookie. This site uses cookies to improve performance. If your browser does not accept cookies, you cannot view this site. Setting Your Browser to Accept Cookies. 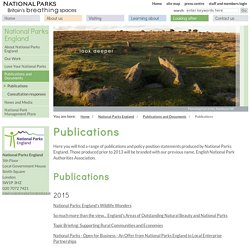 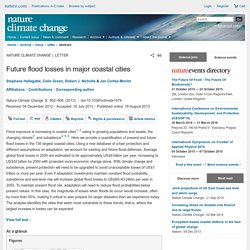 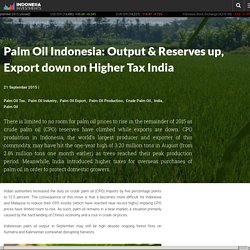 The consequence of this move is that it becomes more difficult for Indonesia and Malaysia to reduce their CPO stocks (which have reached near record highs) implying CPO prices have limited room to rise. As such, palm oil remains in a bear market, a situation primarily caused by the hard landing of China’s economy and a rout in crude oil prices. Visit Epping Forest - Historic. Facts about the Great Barrier Reef. As the largest living structure on the planet, the Great Barrier Reef is incredibly rich and diverse. 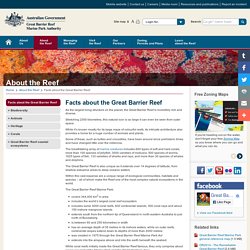 Stretching 2300 kilometres, this natural icon is so large it can even be seen from outer space. While it’s known mostly for its large maze of colourful reefs, its intricate architecture also provides a home for a huge number of plants and animals. Great Barrier Reef pollution prevention too slow, says Queensland government. The Great Barrier Reef is in poor condition and efforts to prevent pollution flowing onto the coral ecosystem are not happening quickly enough, according to a Queensland government assessment. 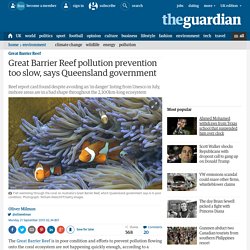 The reef report card found despite it avoiding an “in danger” listing from Unesco’s world heritage committee in July, inshore areas are undeniably in a bad shape throughout the 2,300km-long ecosystem. “Inshore sea grass showed signs of recovery at locations that were relatively free from disturbances in recent years, but remained in poor condition overall,” the report stated. “Inshore coral reefs have continued to improve since 2011-2012 when their condition reached its lowest point due to impacts by repeated disturbances.

However, they remained in poor condition overall.” There have been some improvements in the amount of chemicals flowing onto the reef from agriculture. Chile quake: State of emergency declared for Coquimbo - BBC News. Chile's government has declared a state of emergency in a central region struck by a powerful earthquake. 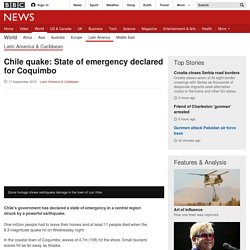 One million people had to leave their homes and at least 11 people died when the 8.3-magnitude quake hit on Wednesday night. In the coastal town of Coquimbo, waves of 4.7m (15ft) hit the shore. Small tsunami waves hit as far away as Alaska.