Delaware adds CPR to school health curriculum - News on Heart.org. High school students in Delaware will learn how to perform CPR as part of their graduation requirements under a curriculum change recently adopted by the state’s Board of Education. 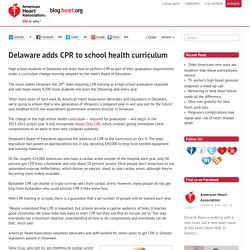 The move makes Delaware the 20th state requiring CPR training as a high school graduation requisite and will mean nearly 8,500 more students will learn the lifesaving skill every year. “After many years of hard work by American Heart Association advocates and volunteers in Delaware, we’re going to ensure that a new generation of lifesavers is prepared year in and year out for the future,” said Jonathan Kirch, the association’s government relations director in Delaware. The change to the high school health curriculum – required for graduation – will begin in the 2015-2016 school year.

It will incorporate Hands-Only CPR, which involves giving immediate chest compressions to an adult or teen who collapses suddenly. Delaware’s Board of Education approved the addition of CPR to the curriculum on Oct. 9. Woman suffering heart attack saved by quick thinking co-workers. A school cafeteria worker in Wilmington suffered a heart attack but is alive thanks to the quick thinking of her co-workers. 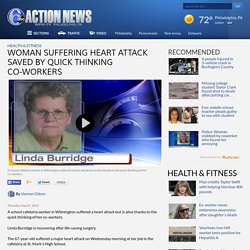 Linda Burridge is recovering after life-saving surgery. The 67-year-old suffered a major heart attack on Wednesday morning at her job in the cafeteria at St. Mark's High School. Her sister Angel Cartwright is a co-worker. "She was just staring out in space and I couldn't get her to respond to me," said Cartwright. 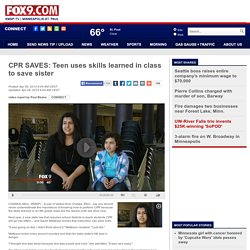 (KMSP) - A pair of sisters from Chaska, Minn., say you should never underestimate the importance of knowing how to perform CPR because the skills learned in an 8th grade class are the reason both are alive now. Medic saves baby on board US Airways flight to Phoenix. PHOENIX (KSAZ) - A flight bound for Phoenix was diverted after a baby stopped breathing. 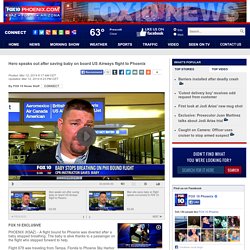 The baby is alive thanks to a passenger on the flight who stepped forward to help. Flight 678 was traveling from Tampa, Florida to Phoenix Sky Harbor when near Houston the baby stopped breathing and turned purple. One of the passengers on board teaches CPR for a living and was able to save the baby. Garrett Goodwin spoke exclusively with FOX 10. "I did chest compressions, cleared his mouth, gave him some rescue breathing, stimulated him. Although Goodwin was worried for the child, he let his instincts take over. "Absolutely you're scared, but your training kicks in. Nurses in crowd perform CPR after guitarist drops onstage at Houston concert - Houston Chronicle. A member of the band Alkari had a heart attack while performing with his band onstage at Fitzgerald's Friday night, according to his bandmate. 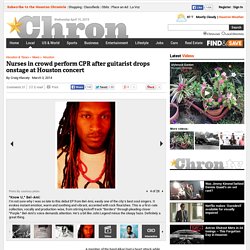 Two registered nurses in the crowd helped perform CPR on the guitarist, 37-year-old Mike Beatty, until EMS could get to the venue, Jason Smith said. One of the nurses was a member of the band Devil Killing Moth, according to Smith. Smith said emergency officials arrived swiftly and began stabilizing Beatty at the scene before taking him away. Beatty, currently hospitalized, has lived with a heart murmur his whole life and was on prescription medication to prevent medical events like this, said Smith. "We were all in shock at the time, " said Smith. Smith and Beatty's family say Beatty has been awake and alert since Sunday, and doctors are assessing his condition. Snopes.com: Cough CPR. Claim: Doctors generally recommend that one attempt to rhythmically cough during a heart attack to increase the chance of surviving it. 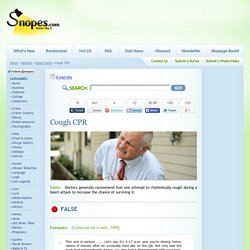 Examples:[Collected via e-mail, 1999] This one is Let's say it's and you're driving home, (alone of course) after an unusually hard day on the job. Not only was the work load extraordinarily heavy, you also had a disagreement with your boss, and no matter how hard you tried he just wouldn't see your side of the situation. Firefighters save life of baby trying first real food. NORTH READING, Mass. 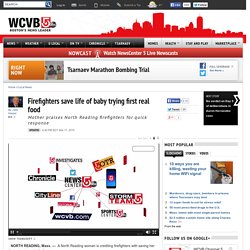 —A North Reading woman is crediting firefighters with saving her 6-month-old son's life Sunday. Watch the report Kathleen Peters said her son, Henry, was trying his first real food when a tiny bit of egg touched his lip and caused a violent reaction. The boy's face and tongue swelled, and he was having trouble breathing. His father called 911. They administered an EpiPen and in seconds, the baby improved.

"They were there in a minute. Testing shows Henry is severely allergic to eggs, dairy products and nuts. Miami cpr baby. Baby given CPR on side of Florida freeway is in stable condition. When 5-month-old Sebastian de la Cruz stopped breathing while in the backseat of his aunt's car on Thursday afternoon, Pamela Rauseo sprang into motion, performing life-saving CPR twice on her nephew as a photographer captured the frantic scene with his camera. 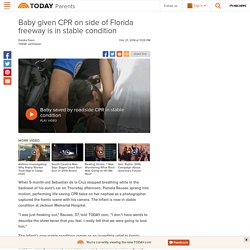 The infant is now in stable condition at Jackson Memorial Hospital. "I was just freaking out," Rauseo, 37, told TODAY.com. "I don’t have words to describe the sheer terror that you feel. I really felt that we were going to lose him. " The infant’s now stable condition comes as an incredible relief to family members, especially Rauseo, who panicked when Sebastian suddenly stopped wailing while they were stuck in heavy traffic on a Miami highway. Al Diaz / Miami Herald via AP Pamela Rauseo, 37, performs CPR on her nephew, five-month-old Sebastian de la Cruz, after pulling her SUV over on the side of the road along the west bound lane on Florida state road 836 Feb. 20. Hometown Heroes: Sue Lecrenski and Whitney Shortt. 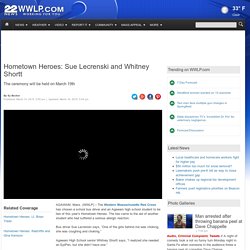 (WWLP) – The Western Massachusetts Red Cross has chosen a school bus driver and an Agawam high school student to be two of this year’s Hometown Heroes. The two came to the aid of another student who had suffered a serious allergic reaction. Bus driver Sue Lecrenski says, “One of the girls behind me was choking, she was coughing and choking.” Agawam High School senior Whitney Shortt says, “I realized she needed an EpiPen, but she didn’t have one.” Shortt had brought her EpiPen medication with her on the bus that day. Lecrenski, who’s been driving a school bus for 30 years, knew just what had to be done. Shortt says, “I was watching the bus driver inject it into her, and just making sure she was responsive. Sue and Whitney have thought about that extraordinary bus ride to school many times since then, and what each of them did to speed the recovery of the stricken student.

Toddler OK After Icy Plunge, 101 Minutes of CPR. (Newser) – In a survival story his doctors call extraordinary, a 22-month-old Pennsylvania boy whose lifeless body was pulled from an icy creek was revived after an hour and 41 minutes of CPR and has suffered virtually no lingering effects. 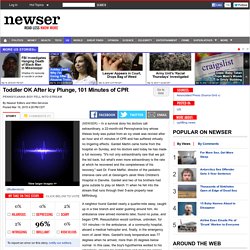 Gardell Martin came home from the hospital on Sunday, and his doctors said today he has made a full recovery. "It's not only extraordinarily rare that we got the kid back, but what's even more extraordinary is the rate at which he recovered and the completeness of his recovery," said Dr. Frank Maffei, director of the pediatric intensive care unit at Geisinger's Janet Weis Children's Hospital in Danville.

Gardell and two of his brothers had gone outside to play on March 11 when he fell into the stream that runs through their 5-acre property near Mifflinburg. Germ-Ridden Doorknob Can Infect Building in Hours. Widow: Husband died on Southwest Airlines flight because of hairy chest. A widow whose husband suffered a heart attack on a Southwest Airlines flight says her husband's hairy chest played a role in his death. The couple was flying from Los Angeles to Albuquerque, when Jack Jordan suffered a massive heart attack. Wife Caroline Jordan said a physical therapist and a hospice nurse on board the plane began giving the 62-year-old CPR.