FLY as a BIRD, FREE as a SPIRIT 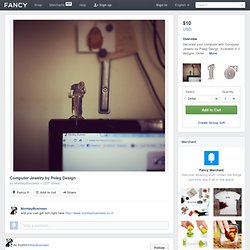 MonkeyBusiness and you can get him right here Translate Comment Use @ to mention someone More from MonkeyBusiness Follow Other things you might Fancy Added to these lists Recently Fancy’d by Keyboard Shortcuts Timeline SShuffle JNext KPrevious FFancy AAdd to List CComment HShare EnterView Thing Slideshow JNext KPrevious FFancy CComment PPlay / Pause LLoop Share This Thing Share This Comment Share This List Share This Gift Campaign Share {{name}}'s Profile Preview Widget size px x px Contents Add this to your website by copying the code below. About Fancy Anywhere Fancy Anywhere enables your visitors to buy things on Fancy directly from your own blogs and websites. To + Add email addresses or user names Note Security Update The Heartbleed Bug For more information visit heartbleed.com Due to the recently discovered vulnerability "Heartbleed", we have signed you out to protect your account. 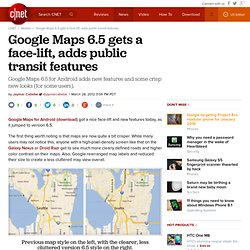 The first thing worth noting is that maps are now quite a bit crisper. While many users may not notice this, anyone with a high-pixel-density screen like that on the Galaxy Nexus or Droid Razr get to see much more clearly defined roads and higher color contrast on their maps. Also, Google rearranged map labels and reduced their size to create a less cluttered map view overall. If you have an Android device running Ice Cream Sandwich, then you'll be happy to know that you actually get a bit more of an update, in the form of a shiny new Navigation home screen. The basic controls like Speak destination and Type destination are front and center, and recent destinations are on bottom. Broadcast Yourself. Am. 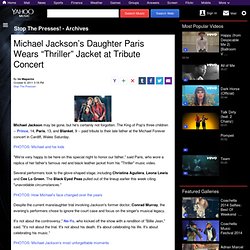 The King of Pop's three children -- Prince, 14, Paris, 13, and Blanket, 9 -- paid tribute to their late father at the Michael Forever concert in Cardiff, Wales Saturday. PHOTOS: Michael and his kids "We're very happy to be here on this special night to honor our father," said Paris, who wore a replica of her father's famous red and black leather jacket from his "Thriller" music video. Several performers took to the glove-shaped stage, including Christina Aguilera, Leona Lewis and Cee Lo Green. Prohibition. Prohibition of alcohol, often referred to simply as prohibition, is the legal act of prohibiting the manufacture, storage, transportation and sale of alcohol and alcoholic beverages. 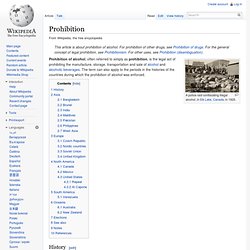 The term can also apply to the periods in the histories of the countries during which the prohibition of alcohol was enforced. History[edit] The Drunkard's Progress: A lithograph by Nathaniel Currier supporting the temperance movement, January 1846 The earliest records of prohibition of alcohol date back to the Xia Dynasty (ca. 2070 BC–ca. 1600 BC) in China. Yu the Great, the first ruler of the Xia Dynasty, prohibited alcohol throughout the kingdom.[1] It was legalized again after his death, during the reign of his son Qi.

The first half of the 20th century saw periods of prohibition of alcoholic beverages in several countries: Asia[edit] Bangladesh[edit] 8 Things You Don't Know About 'Two and a Half Men's' Angus T. Jones. Apple tribute logo a Web hit. Credit: Jonathan Mak Long When Steve Jobs resigned from Apple in August, 7,000 miles away in Hong Kong, graphic design student Jonathan Mak Long, "shocked" by the CEO's departure, did what he knew best: He created a design to honor the Apple co-founder.

The 19-year-old posted the image, the Apple logo with the bite changed to a profile of Jobs, to his Tumblr blog. Known as Jonathan Mak, he initially received about 80 notes on the image. Then word came this past Wednesday that Jobs had died, after a long battle with cancer. NTVKenya's Channel. Juliani bags Sh1m for being top singer  - News  By NYAMBEGA GISESA engisesa@yahoo.com Gospel musician Juliani brushed aside stiff competition to win this year’s most prestigious music award in the country. 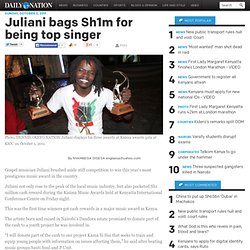 Juliani not only rose to the peak of the local music industry, but also pocketed Sh1 million cash reward during the Kisima Music Awards held at Kenyatta International Conference Centre on Friday night. This was the first time winners got cash rewards in a major music award in Kenya. The artiste born and raised in Nairobi’s Dandora estate promised to donate part of the cash to a youth project he was involved in. “I will donate part of the cash to our project Kama Si Sisi that seeks to train and equip young people with information on issues affecting them,” he said after beating music groups Sauti Soul and P Unit. Help. My Cat is Missing can you please make me a poster. Am.