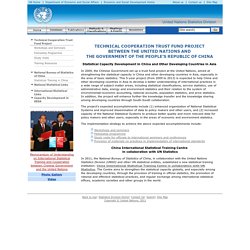 This 5-year project (from 2009 to 2013) is expected to help China and other developing countries in Asia to develop a better understanding of international practices in a wide range of subject matter areas, including statistical classifications, service statistics, use of administrative data, energy and environment statistics and their relation to the system of environmental-economic accounting, national accounts, population statistics, and price statistics. In addition, the project will enhance further the knowledge transfer and the knowledge sharing among developing countries through South-South collaboration. Marketline - CountryDatabase - CountryData - Kina. 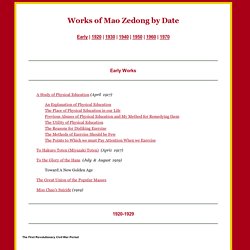 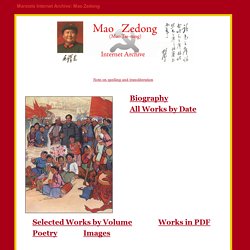 “Mao Zedong”) for Chinese names and words. However, in the case of older transcriptions from publications that predominantly use the Wade-Giles transliteration (i.e. “Mao Tse-tung”), MIA has not converted these documents and they are presented here in their original form. The Deng Xiaoping Reference Archive. Documents Biography Speech By Chairman of the Delegation of the People’s Republic of China, Deng Xiaoping, At the Special Session of the U.N. 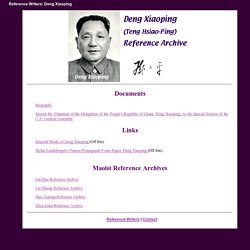 The P.L.A. losses were great, but this enabled us to win the support of the people and made those who can't tell right from wrong change their viewpoint. 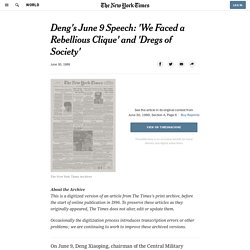 They can see what kind of people the P.L.A. are, whether there was bloodshed at Tiananmen, and who were those that shed blood. Once this question is made clear, we can take the initiative. Although it is very saddening that so many comrades were sacrificed, if the event is analysed objectively, people cannot but recognize that the P.L.A. are the sons and brothers of the people. This will also help people to understand the measures we used in the course of the struggle. In the future, whenever the P.L.A. faces problems and takes measures, it will gain the support of the people. In a word, this was a test, and we passed. When I talked about passing muster, I was referring to the fact that the army is still the People's Army. At the same time, we should never forget how cruel our enemies are. Wilson Center Digital Archive. Reflections on 40 years of reforms final - tale af Bert Hoffman fra Verdensbanken 2018. 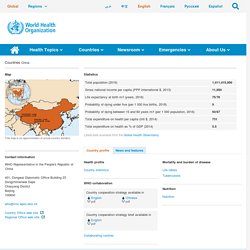