Chinese Vegetable Stir-Fry - Once Upon a Chef. 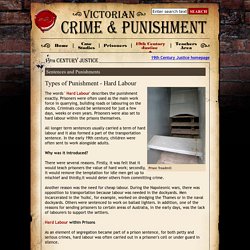 Prisoners were often used as the main work force in quarrying, building roads or labouring on the docks. Criminals could be sentenced for just a few days, weeks or even years. Prisoners were also set to hard labour within the prisons themselves. All longer term sentences usually carried a term of hard labour and it also formed a part of the transportation sentence. Why was it introduced? There were several reasons. Types of Punishment - Imprisonment - Victorian Crime and Punishment from E2BN.

Types of Punishment - Imprisonment Prison Cell and Bed The removal of a person's freedom has been used since ancient times as a punishment. 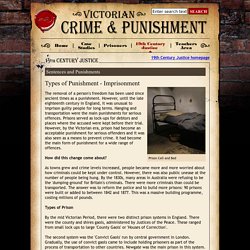 However, until the late eighteenth century in England, it was unusual to imprison guilty people for long terms. 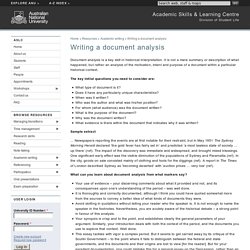 It is not a mere summary or description of what happened, but rather an analysis of the motivation, intent and purpose of a document within a particular historical context. The key initial questions you need to consider are: What type of document is it? Does it have any particularly unique characteristics? When was it written? Sample extract. History: How to Analyze a Primary Source. When you analyze a primary source, you are undertaking the most important job of the historian. 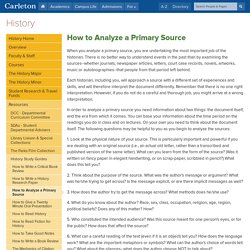 There is no better way to understand events in the past than by examining the sources--whether journals, newspaper articles, letters, court case records, novels, artworks, music or autobiographies--that people from that period left behind. Each historian, including you, will approach a source with a different set of experiences and skills, and will therefore interpret the document differently. Remember that there is no one right interpretation. Executioners in medieval Europe: History of capital punishment. Courtesy of Staatsarchiv Nürnberg This is an excerpt from The Faithful Executioner: Life and Death, Honor and Shame in the Turbulent Sixteenth Century, written by Joel F. 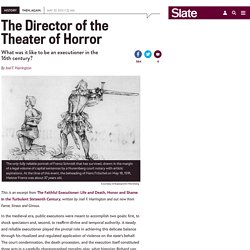 Harrington and out now from Farrar, Straus and Giroux.

Boudicca's Rebellion. Introduction This is a story-telling activity with added decision-making, for use with KS2 or KS3. 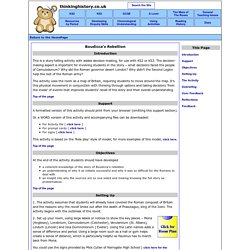 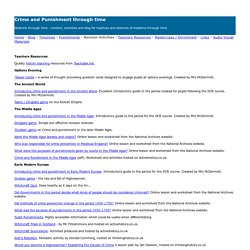 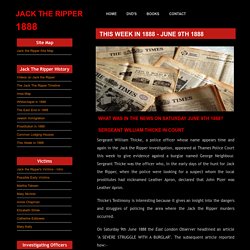 Sergeant Thicke was the officer who, in the early days of the hunt for Jack the Ripper, when the police were looking for a suspect whom the local prostitutes had nicknamed Leather Apron, declared that John Pizer was Leather Apron. Thicke's Testimony is interesting because it gives an insight into the dangers and struggles of policing the area where the Jack the Ripper murders occurred. On Saturday 9th June 1888 the East London Observer headlined an article "A SEVERE STRUGGLE WITH A BURGLAR". The subsequent article reported how:-

Punishments through Time. Introduction One of the things that surprises non-teachers (politicians, university academics, journalists etc) is that teaching a topic in chronological order is not, in itself, sufficient to embed to sequence of events in students’ brains. 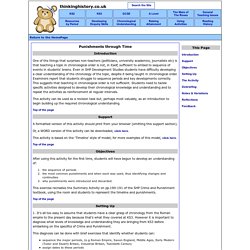 Ned Kelly: The outlaw who divides a nation. More than 130 years after he was hanged, Australia's most notorious outlaw is being buried, as old tensions resurface about what he really means to the country. 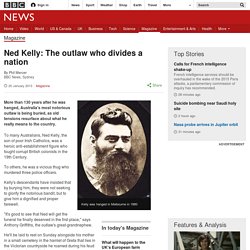 To many Australians, Ned Kelly, the son of poor Irish Catholics, was a heroic anti-establishment figure who fought corrupt British colonists in the 19th Century. To others, he was a vicious thug who murdered three police officers. Kelly's descendants have insisted that by burying him, they were not seeking to glorify the notorious bandit, but to give him a dignified and proper farewell. "It's good to see that Ned will get the funeral he finally deserved in the first place," says Anthony Griffiths, the outlaw's great-grandnephew.