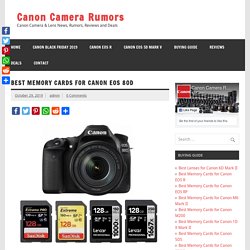 Here is our full list of top recommended SD cards for Canon EOS 80D DSLR Camera. Characterized by versatile imaging specs, the Canon EOS 80D is an excelllent APS-C DSLR camera for dedicated enthusiast photographers. Featuring a 24.2MP APS-C CMOS sensor and DIGIC 6 image processor, the Canon 80D (Amazon, B&H, Adorama) is capable of producing high-resolution imagery with notable clarity and minimal noise, and it avails fast performance throughout the camera system, including the ability to shoot continuously at up to 7 fps or record Full HD 1080p video at 60 fps in the MP4 format. In addition, the Canon EOS 80D features an impressive 45-point all cross-type AF system that provides high-speed, highly precise AF in virtually any kind of light. 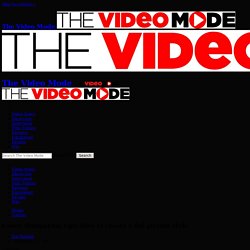 If you don’t know what it means, you could be forgiven for finding it a little counter-intuitive. A flat image – why would I want a flat image? Surely I want things as visually vibrant and interesting as possible? In fact, experienced videographers know that a flatter picture style – i.e. one that’s unsharpened, less contrasty and a little undersaturated – is very useful indeed. It allows you not only to maximise your dynamic range and gain back as much as two stops of latitude, but also gives greater flexibility in post production colour grading. Here you can see the comparison between the two picture types. Top 5 Settings to Change on the Canon 80D - Ditch Auto. The Canon 80D is a fantastic camera, but it does not come set up optimized to produce the best photo, so I make some changes to the camera settings. 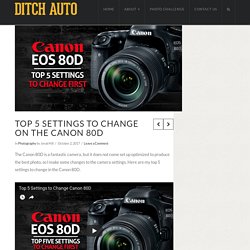 Here are my top 5 settings to change in the Canon 80D. Whenever you get a new camera, or there is a time change, or you are in a different time zone, make sure you set the time and date. This might not seem like a big deal, but it will save you a lot of time and frustration later. Image sharing websites and photo software use the time stamps to organize your photos. If these settings are wrong, you will have a head ache trying to organize the mess it creates. Image Quality Set the Image quality to save both Raw and JPEG if you are editing your photos later while also needing to quickly share your photos during the shoot.

However, there are situations where it makes sense to only save the RAW image. Go to the Photo Shooting Menu, scroll to Image quality and select Raw + JPEG or simply RAW depending on your situation. Like this: How to Shoot Timelapse on the Canon 80D. 6 Useful Tips for Remote Shooting via Wi-Fi with the Camera Connect App. 5 Tips for shooting video with the Canon EOS 70D. When it comes to shooting video with a compact, relatively affordable DSLR camera they don’t come much better than the Canon EOS 70D. 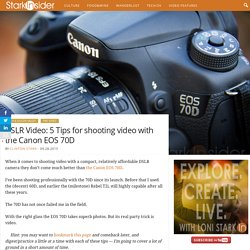 I’ve been shooting professionally with the 70D since its launch. Before that I used the (decent) 60D, and earlier the (milestone) Rebel T2i, still highly capable after all these years. The 70D has not once failed me in the field. With the right glass the EOS 70D takes superb photos. But its real party trick is video. Hint: you may want to bookmark this page and comeback later, and digest/practice a little at a time with each of these tips — I’m going to cover a lot of ground in a short amount of time. SHOT ON 70D by Clinton Stark: Priory Live in the Vineyard The well engineered Dual Pixel auto-focus — a Canon exclusive — is a real treat. 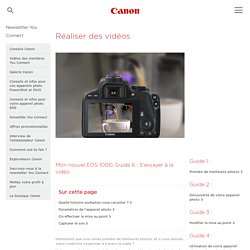 Tips for shooting video with a Canon EOS 80D DSLR camera. Canon finally unleashed its mighty new 80D DSLR camera ($1,199 US body only) on to the world, and, at least in my early tests, it’s a barnbuster. 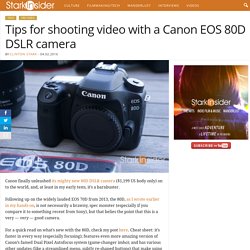 Following up on the widely lauded EOS 70D from 2013, the 80D, as I wrote earlier in my hands-on, is not necessarily a brawny, spec monster (especially if you compare it to something recent from Sony), but that belies the point that this is a very — very — good camera. How To Shoot Video On Your Canon 80D. Canon EOS 80D tutorial video. Did you get your new Canon EOS 80D? 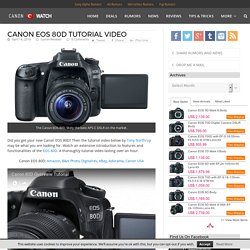 Then the tutorial video below by Tony Northrup may be what you are looking for. Watch an extensive introduction to features and functionalities of the EOS 80D. Canon EOS 80D: Q&A on video features. Canon’s new EOS 80D has landed, and has been on the market for a few months. 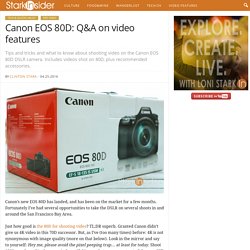 Fortunately I’ve had several opportunities to take the DSLR on several shoots in and around the San Francisco Bay Area. Just how good is the 80D for shooting video? TL;DR superb. Granted Canon didn’t give us 4K video in this 70D successor. But, as I’ve (too many times) before: 4K is not synonymous with image quality (more on that below). Meantime I continue to get all sorts of emails with various questions about the 80D (and the 70D too, still a wonderful shooter). I’ve rolled up some of the more popular questions and included my thoughts on each below. What is the best shotgun microphone to use with the Canon EOS 80D? Everyone will have their favorite. Rode has extended their DSLR mic range over the years, but my favorite remains the new VideoMic Go. The 80D has a standard 3.5mm microphone input.