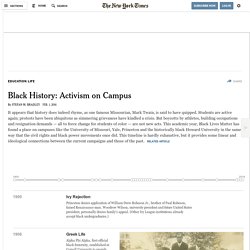 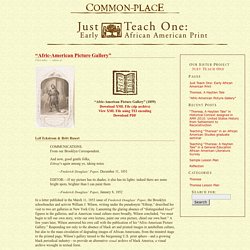 From our Brooklyn Correspondent. And now, good gentle folks,Ethiop’s again among ye, taking notes. Can Black Art Ever Escape the Politics of Race? For 18 months, the writer Richard Wright, late of Harlem and Biloxi, Miss., lay sick, then convalescent, then sick again, then dying, in France, writing thousands of haiku. 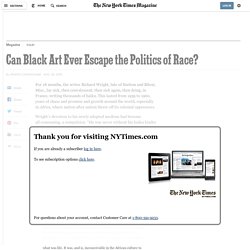 This lasted from 1959 to 1960, years of chaos and promise and growth around the world, especially in Africa, where nation after nation threw off its colonial oppressors. Wright’s devotion to his newly adopted medium had become all-consuming, a compulsion. What Privilege Really Means (And Doesn't Mean) – To Clear Up Your Doubts Once and For All. I’m pretty fed up with privilege. 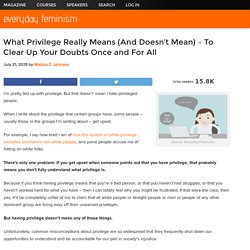 But that doesn’t mean I hate privileged people. When I write about the privilege that certain groups have, some people – usually those in the groups I’m writing about – get upset. For example, I say how tired I am of how the system of white privilege excludes and harms non-white people, and some people accuse me of hating on white folks. There’s only one problem: If you get upset when someone points out that you have privilege, that probably means you don’t fully understand what privilege is. Because if you think having privilege means that you’re a bad person, or that you haven’t had struggles, or that you haven’t worked hard for what you have – then I can totally feel why you might be frustrated.

But having privilege doesn’t mean any of those things. Unfortunately, common misconceptions about privilege are so widespread that they frequently shut down our opportunities to understand and be accountable for our part in society’s injustice. 1. 2. 3. 4. 5. 6. Black Women Historians Encourage Us To #SayHerName with List of Recommended Reading. In response to what seems like a daily onslaught of tragic news about the deaths and assaults of black women at the hands of law enforcement, the Association of Black Women Historians has put together a list of required reading to remind us that the systematic degradation and death of black women in this country is nothing new. 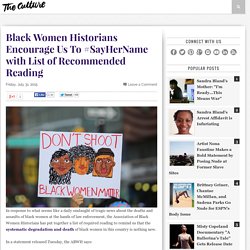 In a statement released Tuesday, the ABWH says: The members of the Association of Black Women Historians (ABWH) are well aware of the ways that black women and girls in America have been violently discriminated against and harassed by law enforcement officials and the legal system. From the earliest days in the colonies when laws failed to punish the rape of black women, to the antebellum era where black women were brutally punished for resisting rapist-enslavers, to the post-emancipation period when the sexual and physical assault of black women went unabated, and right up through the Civil Rights Movement, the judicial system has failed us.

19th-c. African Am. Lit. Your Voice is the Most Important Part of Any Movement. 100 Books by Black Women Everyone Must Read. Half of a Yellow Sun - Chimamanda Ngozi Adichie With effortless grace, celebrated author Chimamanda Ngozi Adichie illuminates a seminal moment in modern African history: Biafra's impassioned struggle to establish an independent republic in southeastern Nigeria during the late 1960s. 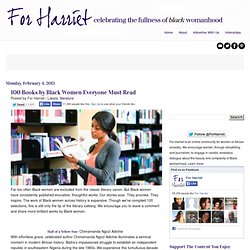 We experience this tumultuous decade alongside five unforgettable characters: Ugwu, a thirteen-year-old houseboy who works for Odenigbo, a university professor full of revolutionary zeal; Olanna, the professor’s beautiful young mistress who has abandoned her life in Lagos for a dusty town and her lover’s charm; and Richard, a shy young Englishman infatuated with Olanna’s willful twin sister Kainene. Half of a Yellow Sun is a tremendously evocative novel of the promise, hope, and disappointment of the Biafran war. (Sources) The New Jim Crow.