Pranayama. Pranayama is a compound term. Prana means life force or breath. Yama means extension. Therefore, pranyama is the practice of extending or amplifying ones life force. More than simple breath-control exercises, pranayama harnesses the prana surrounding us, and by deepening and extending it, leads to a state of inner peace. Ancient yogis, with a deep understanding of the essence of prana, studied it and devised many methods and practices to master it. Benefits of Pranayama Most of us breathe incorrectly, using only half of our lung capacity.

When practiced along with yoga asanas, or postures, the benefits of pranayama are even more pronounced. Asana. In the practice of Yoga, Asana denotes the art of sitting still[1] and also any posture useful for restoring and maintaining a practitioner's well-being and improving the body's flexibility and vitality, cultivating the ability to remain in seated meditation for extended periods.[2] Such asanas are known in English as "yoga postures" or "yoga positions". 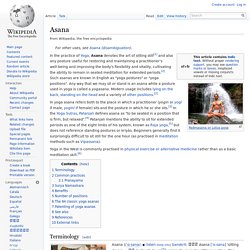 Any way that we may sit or stand is an asana while a posture used in yoga is called a yogasana. List of asanas. Asanas are yoga-poses. 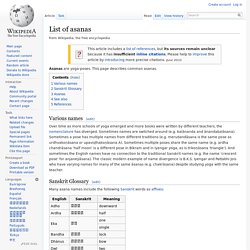 This page describes common asanas. Various names[edit] Over time as more schools of yoga emerged and more books were written by different teachers, the nomenclature has diverged. Sometimes names are switched around (e.g. balānanda and ānandabalāsana). Sometimes a pose has multiple names from different traditions (e.g. merudandāsana is the same pose as urdhvakoṇāsana or upaviṣṭhakoṇāsana A). Sanskrit Glossary[edit] Kundalini Yoga - Mudras and Bandhas. Exercises Mudras and Bandhas are certain postures of the body by which Kundalini is successfully awakened. 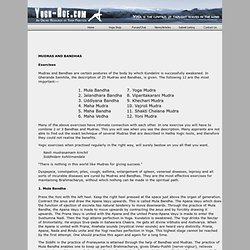 In Gheranda Samhita, the description of 25 Mudras and Bandhas, is given. The following 12 are the most important:— Many of the above exercises have intimate connection with each other. * Shambhavi mudra - (Yoga): Definition. << CPYOGA >> Foco: técnicas de limpeza Sat-Karma Duração: 4 dias Este retiro realiza-se em duas alturas particulares do ano: princípio da Primavera e Outono. 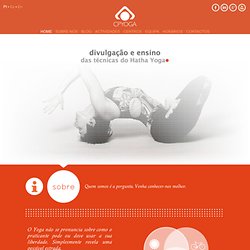 Bandhas are energetic locks that contain the prana in the torso and concentrate it in the three main energy channels (nadis) of the body. 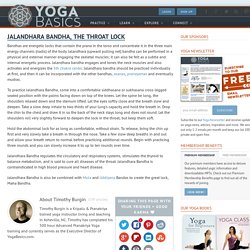 Jalandhara (upward pulling net) bandha can be performed in a physical and external manner engaging the skeletal muscles; it can also be felt as a subtle and internal energetic process. Khecarī mudrā. Khecarī Mudrā (Sanskrit, खेचरी मुद्रा)[1][2] is a yoga practice which is carried out by placing the tongue above the soft palate and into the nasal cavity. 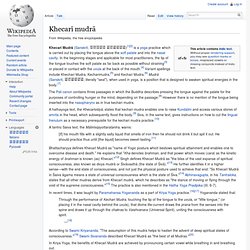 In the beginning stages and applicable for most practitioners, the tip of the tongue touches the soft palate as far back as possible without straining[3] or placed in contact with the uvula at the back of the mouth.[4] Variant spellings include Khechari Mudra, Kecharimudra,[5] and Kechari Mudra.[6] Mudrā (Sanskrit, मुद्रा, literally "seal"), when used in yoga, is a position that is designed to awaken spiritual energies in the body.[7] 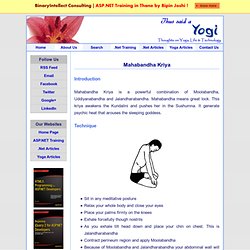 Mahabandha means great lock. This kriya awakens the Kundalini and pushes her in the Sushumna. It generate psychic heat that arouses the sleeping goddess. Technique Sit in any meditative posture Relax your whole body and close your eyes Place your palms firmly on the knees Exhale forcefully though nostrils As you exhale tilt head down and place your chin on chest. 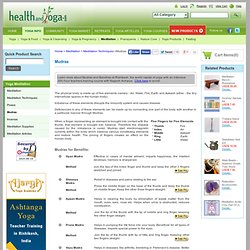 Imbalance of these elements disrupts the immunity system and causes disease. Deficiencies in any of these elements can be made up by connecting one part of the body with another in a particular manner through Mudras. When a finger representing an element is brought into contact with the thumb, that element is brought into balance. Therefore the disease caused by the imbalance is cured. Mudras start electromagnetic currents within the body which balance various constituting elements and restore health.