City of Women. Harriet Tubman Ousts Andrew Jackson in Change for a $20. The final redesigns will be unveiled in 2020, the centennial of the 19th Amendment establishing women’s suffrage, and will not go into wide circulation until later in the decade, starting with the new $10 note. 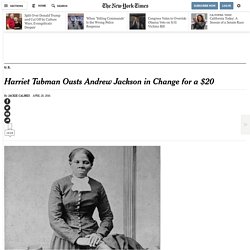 The unexpectedly ambitious proposals reflect Mr. Lew’s tortuous attempt to expedite the process and win over critics who have lodged conflicting demands, pitting mainly women’s advocates against Hamiltonians newly empowered by the unlikely success of their hero’s story on Broadway. Mr. Lew’s design proposals are the culmination of 10 months of often-heated public commentary that began almost immediately after he invited Americans last June to help him decide which woman from history to honor on the $10 bill. That feel-good initiative proved to be hardly as simple as he first imagined.

Photo Yet other women mobilized by the Girls’ Lounge, a networking organization for female corporate leaders, demanded that a woman go on the $10 note, as Mr. Why putting women on banknotes should make us feel uneasy. UK women still far adrift on salary and promotion as gender pay gap remains a gulf. Women earn 18% less than men on average, according to new research that highlights the challenge facing Theresa May in closing Britain’s stubbornly wide gender pay gap. 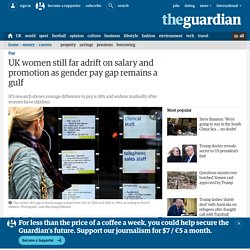 The Institute for Fiscal Studies (IFS) also found that the gap balloons after women have children, raising the prospect that mothers are missing out on pay rises and promotions. That is echoed by a separate report on Tuesday suggesting that male managers are 40% more likely than female managers to be promoted. May highlighted the gulf between men’s and women’s earnings in her first statement as prime minister when she vowed to create a “Britain that works for everyone”. But underscoring the struggle her government will face in closing the gender pay gap, the IFS study hints at an entrenched penalty for those women who have children. More than four decades after the Equal Pay Act, there is some encouraging news in the report. “The gender pay gap is the lowest on record but we know we need to make more progress and faster. This video powerfully reminds the ad industry that women are not objects.

A new campaign is tackling how women are depicted in ads — and it's using a simple Google search to start the conversation. 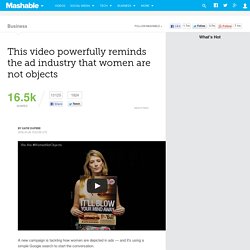 On Nov. 18, 2015, ad executive Madonna Badger Googled "objectification of women" as part of a campaign called #WomenNotObjects, turning up years' worth of sexist ads that hypersexualize and objectify women’s bodies for marketing. In a new video released this month, the campaign spotlights some of these ads, with women sarcastically confronting the images for their harmful depictions. The ads featured, many from well-known brands such as DirectTV, Tom Ford and Post-It, are shocking and sigh-worthy — and all too common. 35 Extremely Sexist Ads That You Should See. We have gathered 35 Extremely Sexist Ads and we think that you shouldn’t miss them under any circumstances.

First, I want to clarify the fact that I’m not a sexist; I believe in equal opportunities and rights for both women and men. And I’m not being politically correct. That’s how I was raised. For some of you these ads are horrible and shocking. Nonetheless, some might even consider them amusing. How to teach ... feminism. Gender equality is rarely out of the news, and feminism is a term and topic that rightly has support in high places. 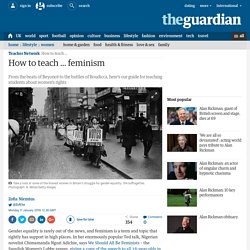 In her enormously popular Ted talk, Nigerian novelist Chimamanda Ngozi Adichie, says We Should All Be Feminists – the Swedish Women’s Lobby agrees, giving a copy of the speech to all 16-year-olds in the country. (It seems like Beyoncé agrees too, as she sampled the talk in her 2014 single Flawless.) So how can you raise awareness for feminism among the boys and girls in your classes? Primary Start with the basics. Theconversation. At the UN meeting on gender equality and women’s empowerment, which took place in New York in September 2015, 80 global leaders committed to “Planet 50:50 by 2030”. 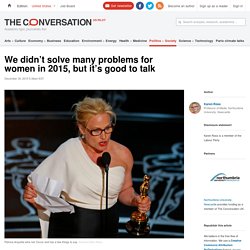 In other words, the leaders who attended the conference gave themselves another 15 years to get it right. But given the meagre representation of women in the media, both as newsmakers and as media professionals, could we see a bit of action on the media front a bit sooner that that please? The visibility of women in the news has risen by between six and seven percentage points in 20 years, now standing at 24% of everyone who is seen, heard or read about.

Russian female astronauts asked how they would cope in space without men and makeup. It was inspiring news at first: Russia announced that starting this week, six female astronauts would live in a mock-spacecraft in Moscow for eight days, to test out the physical and psychological effects of long-term spaceflight. 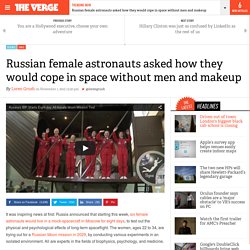 The women, ages 22 to 34, are trying out for a Russian Moon mission in 2029, by conducting various experiments in an isolated environment. All are experts in the fields of biophysics, psychology, and medicine. Before getting locked inside their mock spacecraft, the women had to do a press conference. It was arguably the most irritating part of their mission. The tone was set early by Sergei Ponomarev, the scientific director of the experiment. Geena Davis Institute on Gender in Media. Readers recommend: songs about being a man or woman. What makes a man a man? 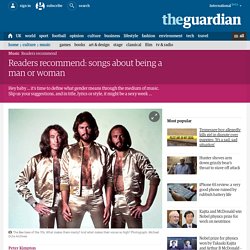 Does he have to be big and strong? Is that enough to turn you on? How about bold and brave? Humorous and humane? Moody and mysterious? So is it best, in evolutionary terms, to be a big hairy hunk of ape with a smooth, strong voice? Kapow! Attack of the feminist superheroes. The action in issue five of the new series of Thor is par for the course in a superhero comic. 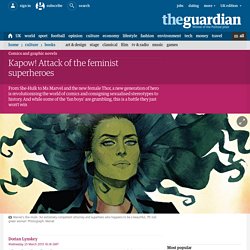 Absorbing Man, a granite-coloured lug with a wrecking ball, is on a crime spree and Thor, the Norse thunder god who joined the Marvel Comics universe in 1962, is trying to stop him. How To Get A Raise In 47 Seconds. Role of Women in WWII. Women in Science Presentation - Science WIIFM. The Struggle for Votes for Women. Emma Watson's speech on gender equality. The Story of Malala Yousafzai. 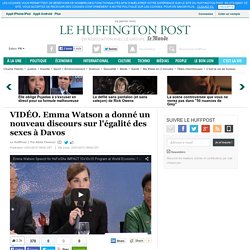