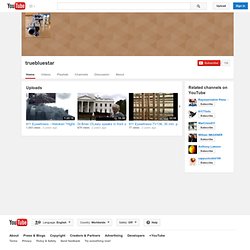 Download 19-42.pdf. Let’s Agree to Put an End to the Petty 9/11 Argument’s , page 9. I'll first answer the "General's" post above, since it is again loaded with misconceptions. 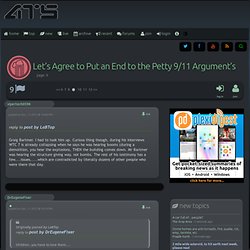 That will cost me a few posts. Then, I will start to answer all questions on this page 9, from the top down. ONLY if those people still want answers, since I in fact answer all in the following posts, and have answered them already in that other thread (linked above). Your extra text, General, for which you again do not give a link to, now follows. Not providing source links is very bad behavior in Internet forums, and everywhere, by the way, and you have a habit of doing it, too often to be a simple mistake. I challenge NIST Answers to FAQ - Supplement (December 14, 2007), page 11. Aim64c, we have had this discussion before in other threads, and now you give it again another switch, still wrong. 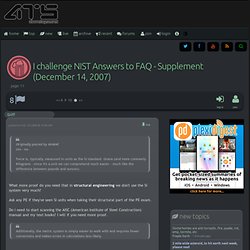 Column 79 was not rooted in the bedrock. It stood on top of the protective, 3 times overengineerd, immense thick steel beams "cage" covering the whole ConEd electrical station that delivered electrical power for the whole WTC complex. And snapping of it at one place would not be identical to it being cut over 6 floors, as must have been done to it, to achieve a 2+ seconds freefall period. Of course many more columns were cut simultaneous after that 8.3 delay period. The sound of that, relatively small, has been calculated to drown in the sound of the global collapse starting period. I still firmly stand by my own remarks under my quote from Prof. The WTC 7 seismogram is remarkably identical to the seismographic recordings of the clean-up of the remnants of the first Oklahoma City Murrah Building bombing by McVeigh and colleagues from two weeks earlier.

2011 Toronto 9/11 Hearings.(Full Length Video), page 2. 3:16:30 - Chandler asserts that freefall = demolition, but without providing any supporting evidence for this. 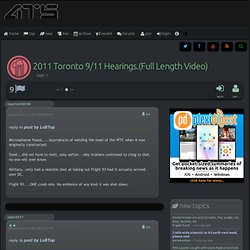 Where are the traces of a number of known demolitions? LT: Traces? NIST refused to look for those traces. But I think you meant 'tracks'. I have never been able to find online any tracking records for well known demolitions. 3:19:22 - More accusations levelled at NIST, despite the fact that freefall was explicitly stated in their final report. This entire presentation hinges on a single fact. The FREE-FALL ACCELERATION of WTC Building 7, David Chandler, AE911truth.org. *AUDIO* OF EXPLOSION JUST BEFORE WTC BUILDING 7 FELL. 9/11 WTC Detonations Finally Revealed. 9/11 WTC2 Demolition Northeast Corner Zoomed With Slow (NBC). Damning WTC demoltion charges exposes. 'Control Room' - (Documentary 2004) 9/11 Conspiracy Solved: Names, Connections, & Details Exposed!