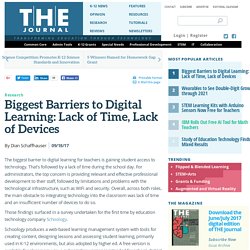 That's followed by a lack of time during the school day. For administrators, the top concern is providing relevant and effective professional development to their staff, followed by limitations and problems with the technological infrastructure, such as WiFi and security. Those findings surfaced in a survey undertaken for the first time by education technology company Schoology. Schoology produces a web-based learning management system with tools for creating content, designing lessons and assessing student learning, primarily used in K-12 environments, but also adopted by higher ed. The survey went beyond getting input from Schoology customers. Among other results: More Or Less Technology In The Classroom? We’re Asking The Wrong Question. By Cathy N. 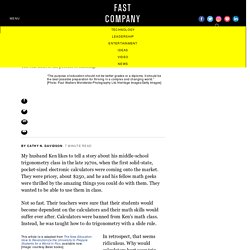 Davidson7 minute Read. 5 ways to use memes with students. Pokémon Go is doing a lot of good, here are 3 surprising ways. “What are they doing?” 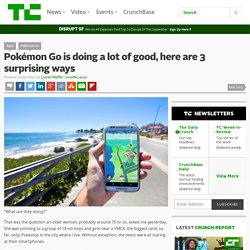 That was the question an older woman, probably around 70 or so, asked me yesterday. She was pointing to a group of 18-ish boys and girls near a YMCA, the biggest (and, so far, only) Pokestop in the city where I live. Without exception, the teens were all staring at their smartphones. “They’re playing Pokémon Go,” I replied. The lady didn’t comment, but her facial expression was a mix of disconcert and skepticism. Let’s face it: For people who didn’t grow up playing Pokémon, the whole Pokémon Go mania might seem like an overreaction.

About 5.000 people showed up at a Pokémon Go meeting near Cloud Gate in Chicago last Sunday. But even detractors of the game should admit that playing it gets people moving. 1. Photo credit: the University of Michigan Health System A Michigan children’s hospital is using the game to encourage young patients to do physical activity and socialize with each other. 50 Education Technology Tools Every Teacher Should Know About. Via Edudemic Technology and education are pretty intertwined these days and nearly every teacher has a few favorite tech tools that make doing his or her job and connecting with students a little bit easier and more fun for all involved. Yet as with anything related to technology, new tools are hitting the market constantly and older ones rising to prominence, broadening their scope, or just adding new features that make them better matches for education, which can make it hard to keep up with the newest and most useful tools even for the most tech-savvy teachers.

Here, we’ve compiled a list of some of the tech tools, including some that are becoming increasingly popular and widely used, that should be part of any teacher’s tech tool arsenal this year, whether for their own personal use or as educational aids in the classroom. Amazon launches Inspire as it looks to become a major player in education tech. Sharing is caring — and it can also be profitable. 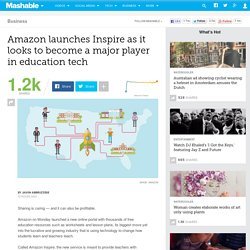 Amazon on Monday launched a new online portal with thousands of free education resources such as worksheets and lesson plans, its biggest move yet into the lucrative and growing industry that is using technology to change how students learn and teachers teach. Called Amazon Inspire, the new service is meant to provide teachers with students anywhere from kindergarten to 12th grade a place to find and share free education materials. “Amazon joins educators from around the country in recognizing the power of digital learning to transform the classroom, by creating a personalized, engaging learning environment for all students,” said , general manager of Amazon K-12 Education, in a press release.

The tech portion of the education industry (sometimes called EdTech) is sizable, having hit around $8.4 billion in 2014, with Google and Apple already heavily involved. 5 Tips To Kickstart Your Classroom Technology Integration. By Maria Petrovska We live in a digital world where everything evolves rapidly. 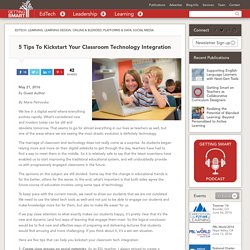 What’s considered new and modern today can be old and obsolete tomorrow. That seems to go for almost everything in our lives as teachers as well, but one of the areas where we are seeing the most drastic evolution is definitely technology.

Tech in the classroom: We're doing it wrong. In 2014, Apple joined Obama’s ConnectED program and pledged $100 million in hardware to 114 US schools in an attempt to bridge the tech gap between rich and poor districts. 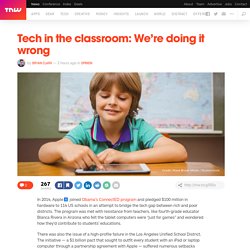 The program was met with resistance from teachers, like fourth-grade educator Blanca Rivera in Arizona who felt the tablet computers were “just for games” and wondered how they’d contribute to students’ educations. There was also the issue of a high-profile failure in the Los Angeles Unified School District. The initiative — a $1 billion pact that sought to outfit every student with an iPad or laptop computer through a partnership agreement with Apple — suffered numerous setbacks before ultimately being suspended in August, 2014 after teachers couldn’t figure out how to stop students from removing security measures on the devices.

So. Much. Some of the biggest names in tech are coming to TNW Conference in Amsterdam this May. Ultimately, the district decided the iPads proved more of a distraction than educational tool.