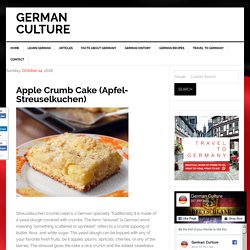 Traditionally it is made of a yeast dough covered with crumbs. The term “streusel” (a German word meaning “something scattered or sprinkled”, refers to a crumb topping of butter, flour, and white sugar. This yeast dough can be topped with any of your favorite fresh fruits, be it apples, plums, apricots, cherries, or any of the berries. The streusel gives the cake a nice crunch and the added sweetness balances the slight tanginess of the fruit. Ingredients: Elementary and Primary Education in Germany – German Culture. The Basic Law of 1949 grants every German citizen the right to self-fulfillment. 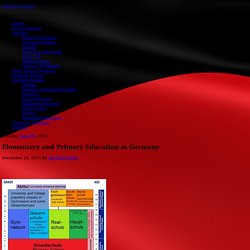 Education is free and in most types of school is coeducational. Almost all elementary and secondary schools and about 95 percent of higher education institutions are public. Deutsch als Fremdsprache (DaF) Step into German - For Teachers - Goethe-Institut  In their free time, your students listen to music, watch movies, play sports. 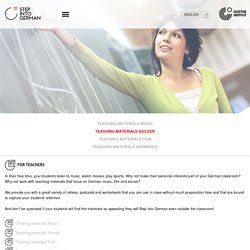 Kartoffelklöße (German Potato Dumplings) – German Culture. Potato dumplings are old-fashioned comfort food, and they are often served with the Sunday roast and then rewarmed with the leftover gravy on Monday. 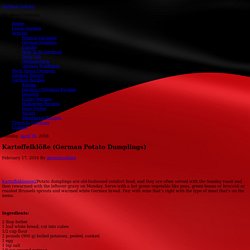 Serve with a hot green vegetable like peas, green beans or broccoli or roasted Brussels sprouts and warmed white German bread. Pair with wine that’s right with the type of meat that’s on the menu. Ingredients: Schultüte (School Cone) – German Culture. A “Schultüte” (or School Cone, even though the word “Tüte” translates more as “bag” from German), is a paper or plastic bag in form of a big cone. 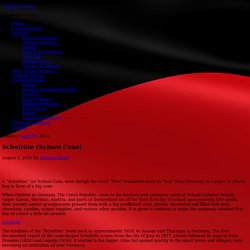 When children in Germany, The Czech Republic, close to the borders with Germany, parts of Poland (Greater Poland, Upper Silesia, Warmia), Austria, and parts of Switzerland set off for their first day in school upon entering first grade, their parents and/or grandparents present them with a big cardboard cone, prettily decorated and filled with toys, chocolate, candies, school supplies, and various other goodies. It is given to children to make this anxiously awaited first day of school a little bit sweeter. The tradition of the “Schultüte” leads back to approximately 1810, to Saxony and Thuringia in Germany. Travel - Switzerland’s invisible linguistic borders. It was one of the shortest train rides I had ever taken: just 10 minutes and one stop from the Swiss city of Neuchâtel. 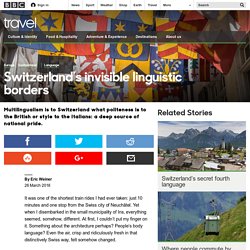 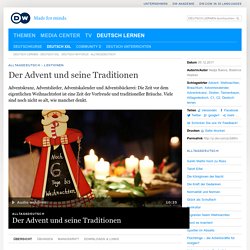 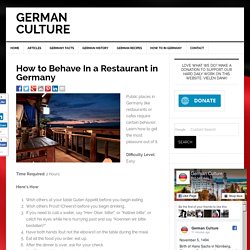 Learn how to get the most pleasure out of it. Bundestagswahl 2017: Prognose, Hochrechnungen, Ergebnisse, Umfragen. The German schoolboy jailed for writing to the BBC. Image copyright BSTU The East German secret police went to extraordinary lengths to track down people who wrote letters to the BBC during the Cold War. 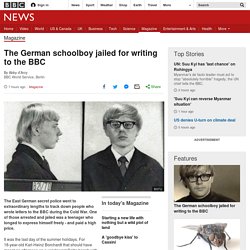 One of those arrested and jailed was a teenager who longed to express himself freely - and paid a high price. It was the last day of the summer holidays. Tema: Meine Stadt in Deutschland. Sieben deutsche Gesten, die man kennen sollte. Freizeit und Unterhaltung – eine Unterrichtsreihe. LeMO  Potato Pancakes - German Recipes. German potato pancakes are a quick and easy vegetarian dish. 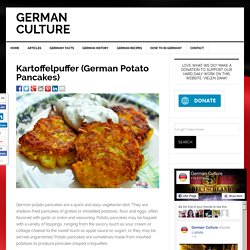 They are shallow-fried pancakes of grated or shredded potatoes, flour and eggs, often flavored with garlic or onion and seasoning. Potato pancakes may be topped with a variety of toppings, ranging from the savory (such as sour cream or cottage cheese) to the sweet (such as apple sauce or sugar), or they may be served ungarnished. Potato pancakes are sometimes made from mashed potatoes to produce pancake-shaped croquettes.

In a medium saucepan, heat together the butter and brown sugar and the whipping cream until it just comes to a boil (should be a light caramel color). Rügen Island. Rügen is Germany’s largest island by area. It is located off the Pomeranian coast in the Baltic Sea and belongs to the state of Mecklenburg-Western Pomerania. Rügen has a maximum length of 51.4 km (from north to south), a maximum width of 42.8 km in the south and an area of 926 km². The coast is characterized by numerous sandy beaches, lagoons (Bodden) and open bays (Wieke), as well as projecting peninsulas and headlands. Erfinderland Deutschland - Baukasten Forschung (Upplands-Väsby 29.08.-09.09.2016)