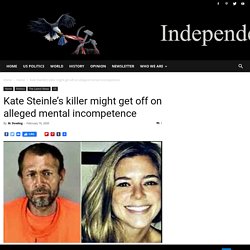 Virginia legislature goes all-out for abortion, ERA, LGBT agenda. RICHMOND, Virginia, January 30, 2020 (LifeSiteNews) – On the heels of passing sweeping legislation to repeal the state’s abortion restrictions, Virginia lawmakers are also pushing a wide slate of measures to advance the homosexual and transgender agendas in discrimination, education and more at the expense of religious liberty and conscience rights. 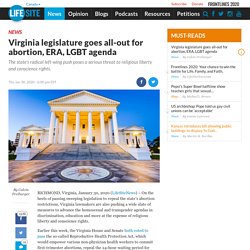 Earlier this week, the Virginia House and Senate both voted to pass the so-called Reproductive Health Protection Act, which would empower various non-physician health workers to commit first-trimester abortions, repeal the 24-hour waiting period for abortion, and eliminate the requirements that a woman seeking an abortion undergo counseling and be offered the chance to see an ultrasound of her baby. Differences between the House and Senate versions of the bill need to be ironed out before the final version is sent to the governor’s desk, but Democrat Ralph Northam is expected to sign it into law. 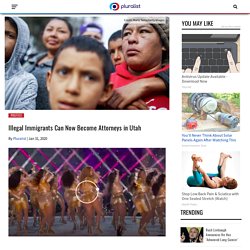 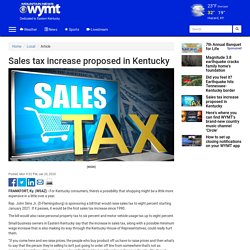 (WSAZ) - For Kentucky consumers, there's a possibility that shopping might be a little more expensive in a little over a year. Rep. John Sims Jr. (D-Flemingsburg) is sponsoring a bill that would raise sales tax to eight percent starting January 2021. (3324) THE FALL OF SEATTLE SHOWS US HOW BAD THINGS CAN GET FOR THE REST OF AMERICA. David Webb: Like California and New York, New Jersey sees residents fleeing from higher taxes. Homeless people are leaving feces, used condoms and syringes outside Boston elementary school. The homeless epidemic is so bad in Boston that parents are finding feces, used condoms and syringes at their kids’ elementary school. 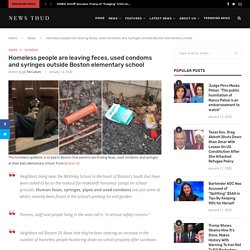 From Boston 25. Portland to be first to enact its own version of ‘Green New Deal’ tax, officials encourage other cities to follow. In November 2018, the city of Portland voted to pass a ballot initiative called the Portland Clean Energy Community Benefits Fund (PCEF) that is basically Alexandria Ocasio-Cortez’s failed “Green New Deal” in a smaller, more localized package. 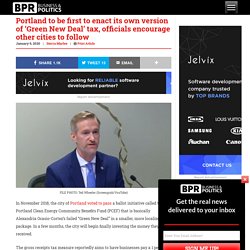 In a few months, the city will begin finally investing the money they received. The gross receipts tax measure reportedly aims to have businesses pay a 1 percent tax on all revenue that they generate while operating in the city. Proponents of the legislation say it could create as much as $60M that would be used to help the city pay for some of the green initiatives that they have sought to implement. One of the goals is to invest in jobs and energy-efficient housing for low-income and minority communities. 9 new Illinois taxes totaling $1.7B take effect Jan. 1. Nearly half of the 20 tax and fee hikes passed to support a record $40 billion state budget and $45 billion infrastructure plan hit on New Year’s Day. 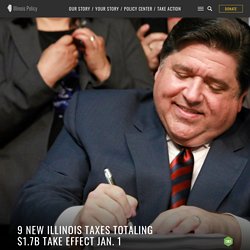 Illinois tax collectors will be busy in 2020, with state government resolved to continue the failed strategy it has pursued for a decade now: take more taxes from state residents without fixing state finances through spending reform. On Jan. 1, Illinois residents will be subjected to the remainder of the 20 tax and fee hikes approved by Gov. J.B. Pritzker and the General Assembly in the spring. Many of the new ways to take more money from residents have already taken effect in 2019, including doubling the gas tax and increasing the cigarette tax by $1 per pack. THIS State Begins DOUBLE Taxation Come January 1st 2020 - TRENDINGRIGHTWING. Another Democrat-run state is about to turn up the tax rate on its residents, absolutely punishing hard-working Americans to pay for out-of-control government spending. 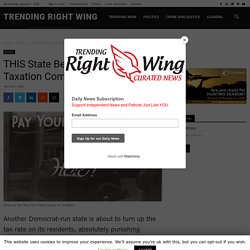 As the new year rings in, Illinois has also rung the bell on a slew of new taxes to raise an estimated $1.7 billion. All the while, spending reform is nowhere in sight. The pictures of Democrat Governor Pritzker signing the new tax legislation was sickening. While punishing his citizens, he had a smile that made him look as though he was a 10-year-old that just managed to rip off the local candy store. In all, 20 new fees and tax hikes are going into effect (nearly half go into effect on January 1), including a gas tax that is doubling. Homeless population rises for third year in a row as Trump administration confirms controversial leader of homelessness agency. Washington — The federal government is reporting a 2.7% increase in the nation's homeless population driven by a spike in California, according to an annual count that took place in January 2019. 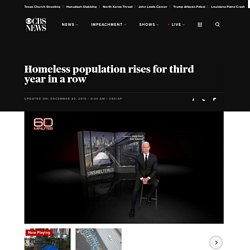 The Department of Housing and Urban Development is reporting its third consecutive uptick in its homelessness projection for the country, based on a summary of its annual report obtained by The Associated Press. President Trump has been highly critical of the homeless problem in California, and HUD said the increase seen in its January snapshot was caused "entirely" by a 16.4% increase in California's homeless population. Beshear to rescind Bevin executive order on pension spiking. Frankfort Gov. 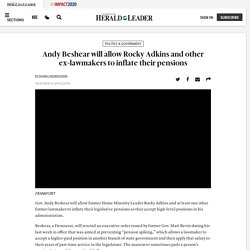 Andy Beshear will allow former House Minority Leader Rocky Adkins and at least one other former lawmaker to inflate their legislative pensions as they accept high-level positions in his administration. Just Before The Democratic Debate, City Officials Clear The Stage By Cleaning The Homeless Encampments In California. Karen Ashley Wait, so they removed the trash from the city, and somehow it ended up on the Democratic Debate stage? HA. See what I did there? Some residents in Venice say they’re seeing lots of cleanups at homeless encampments right before the Democratic presidential debate.

City officials say the cleanups are routine. The Daily Wire reported: Virginia Governor Reveals $145 Million Plan to Make Community College Free. Virginia Gov. Ralph Northam proposed a $1.2 billion education package, including a $145 million tax-funded investment to make community college free for students from low- and middle-income households. The new program, dubbed “G3”, for “Get Skilled, Get a Job, Give Back,” is going to be a last-dollar scholarship, meaning that the state will pay only the balance of tuition leftover after the student uses all eligible forms of financial aid.

The plan provides funding for tuition, fees, and books. Woman reporting assault by homeless man says cops don't care, told her he has the right to attack. A Washington state business owner was told by police that the homeless man who attacked her had a right to do so as he was only defending himself. Coffee shop owner Jovanna Edge called out the police in Monroe for the response to her complaint about an assault by a homeless man who should have been behind bars due to previous alleged violations of the law.

President Trump targets money-grubbing Democrats shackling their voters to hellhole cities. Limbaugh: Trump Speaking ‘Absolute Truth’ That's ‘Not Supposed To Be Said’ About Democrat-Run Cities. Why Do Democrats Run All Of The Dangerous And Rodent Infested Cities?