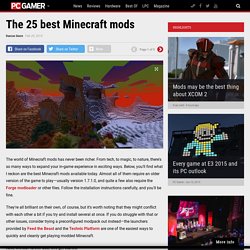 From tech, to magic, to nature, there's so many ways to expand your in-game experience in exciting ways. Below, you'll find what I reckon are the best Minecraft mods available today. Almost all of them require an older version of the game to play—usually version 1.7.1.0, and quite a few also require the Forge modloader or other files. Follow the installation instructions carefully, and you'll be fine. They're all brilliant on their own, of course, but it's worth noting that they might conflict with each other a bit if you try and install several at once. Now, without further ado, let's get started. Optifine. Playlist. Now playing. 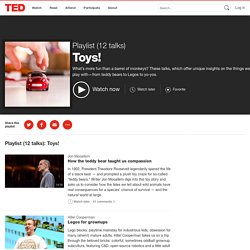 Djambi. Djambi (also described as "Machiavelli's chessboard") is a board game and a chess variant for four players, invented by Jean Anesto in 1975. 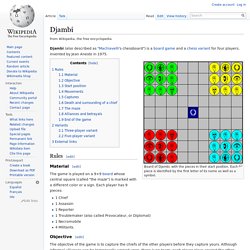 Board of Djambi, with the pieces in their start position. Each piece is identified by the first letter of its name as well as a symbol. 25 'Minecraft' Creations That Will Blow Your Flippin' Mind. Even if you haven't played Minecraft, it's likely you have a child, friend or online pal who's obsessed with the creative building game. 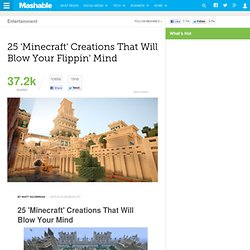 Since 2009, there have been two kinds of Minecraft players: those who simply enjoy exploring and building in its blocky, procedurally-generated worlds; and those who create monumental works of mind-blowing art and machinery — many of which go viral in online gaming communities. Some purists are only interested in "legit" builds; those completed in Survival Mode, where every block must be mined, processed and placed by hand.

Others feel more free in Creative Mode, where every material is at your fingertips in infinite quantities. Builds in each mode mean different things in terms of effort, time and creativity, and we've accounted for that when selecting these 25 accomplishments. They range from stunning architecture to pixel art to complex contraptions. IsThereAnyDeal.com. Retro handheld games collection. As especificações dos consoles através das gerações - GameBlast. “Minha bola é maior que a sua. 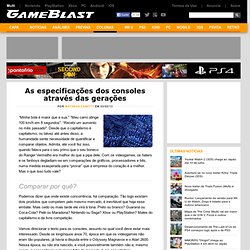 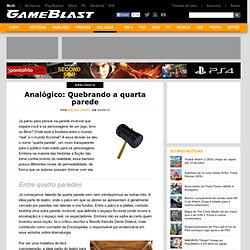 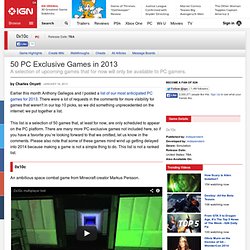 There were a lot of requests in the comments for more visibility for games that weren't in our top 10 picks, so we did something unprecedented on the internet: we put together a list. This list is a selection of 50 games that, at least for now, are only scheduled to appear on the PC platform. There are many more PC-exclusive games not included here, so if you have a favorite you’re looking forward to that we omitted, let us know in the comments.

Please also note that some of these games mind wind up getting delayed into 2014 because making a game is not a simple thing to do. This list is not a ranked list. 0x10c An ambitious space combat game from Minecraft creator Markus Persson. IGN Coverage | Official site. Assista ao documentário The Legend of Zelda Timeline legendado em português. Durante 25 anos, a principal discussão entre os Gerudos, Gorons, Zoras, Minish, Twili, e até nós h... 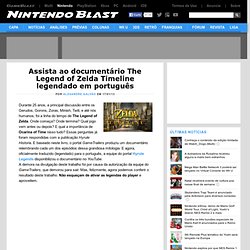 (por Alexandre Galvão em 17/01/13, via Nintendo Blast) RGB Classic Games - All games that can be played online. The Worst Video Game Science, Pt. 1: Physics from 1UP. Ideo games get to play pretty fast and loose with just about everything. 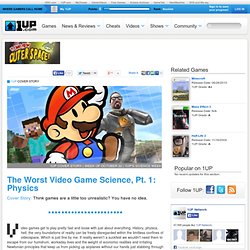 History, physics, hell, the very foundations of reality can be freely disregarded within the limitless confines of videospace. Which is just fine by me. If reality weren't a suckfest we wouldn't need them to escape from our humdrum, workaday lives and the weight of economic realities and irritating Newtonian principles that keep us from picking up airplanes without our hands just stabbing through the fuselage. Discussão: quando as vendas se tornam mais importantes que a ideologia. Até que ponto uma empresa deve se preocupar mais com seus lucros do que com seus princípios? 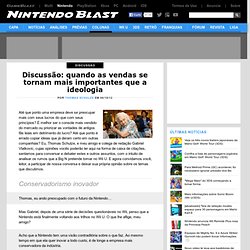 É melho... (por Thomas Schulze em 06/10/12, via Nintendo Blast) 5 Insane Items Bought by Gamers Who Hate Money. People with too much money are always looking for ways of getting rid of it. They'd sooner toss fat wads of cash at whatever they can than keep it in their pockets a moment longer. But just how little value must one ascribe to money for the following purchases to seem like sound investments? A Microwaved 3DS XL Do you desperately desire a 3DS XL but would prefer one that didn’t actually work? Are you a firm believer in paying over 10 times more for a broken electronic item than you would for a fully-functioning one? You’re out of luck, muchacho, because the perfect product matching that exact description has already come and gone. 5 Reasons Video Games Are Actually Good for You. Video games: they're addictive, they make kids fat and they turn us all into trained murderers. Or, at least, that’s what we’re often told.

The Top 25 Modern PC Games. The past decade of PC gaming has been truly spectacular. It's seen both the reign of World of Warcraft as the unstoppable juggernaut of online gaming, the birth of indie sensations like Minecraft, and the rise of an entirely new and wildly popular genre in MOBAs like League of Legends and Dota 2. And those are just the exclusives - the PC is also the definitive way to experience cross-platform games, with higher graphical quality and with user-made content. TIGSource.

- OUYA. How to Choose the Perfect Board Game. Old PC Games - homepage. The Future of AI in Games. By: , GameSpot AU - Posted on November 11, 2010 Artificial intelligence in games has matured significantly in the past decade.

Creating effective AI systems has now become as important for game developers as creating solid gameplay and striking visuals. Studios have begun to assign dedicated programming teams to AI development from the onset of a game's design cycle, spending more time and resources on trying to build varied, capable, and consistent non-player characters (NPCs). Why It Matters: Storytelling. Games are more than just a bunch of parts cobbled together to make a whole--they are entire experiences that touch different parts of our psyche using the various tools developers have at their disposal. Metal Gear Solid 4: Guns of the Patriots and Super Mario Galaxy 2 are very different experiences, yet both succeed at what they attempt to do because the pieces and parts come together to make a cohesive whole that effectively communicates a single vision.

Part of my job as a critic is to tell you whether or not something is good and why. But a review can only go so far; I could spend page after page analyzing and dissecting various aspects of different games and comparing them to other games that attempt to create similar things with greater (or lesser) success. Why It Matters: Music. Early this year, Kotaku's Stephen Totilo wrote a fascinating essay about how music in video games is nonessential. It's a good read and is well written, but I disagree with Totilo on a very fundamental level.

Of course, he is technically correct: you can play most games with the sound off, and in extreme cases, I've done so due to awful voice acting or repetitive music. But to dismiss an important aspect of the gaming experience as nonessential undermines it; after all, games themselves are nonessential. We do not need them to function; they do not provide physical warmth (unless, of course, you use them to create a fort) or nourishment (they are not an appropriate source of fiber). Yet like fine art, and literature, and love, and all the creature comforts that make our lives extraordinary, games entertain and enrich us. Super Street Fighter 4 Beginner's Guide Part 01: Moves & Combos. Minecraft Tutorials - E01 How to Survive your First Night (UPDATED!)