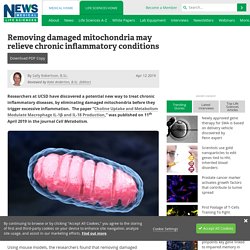 Inflammation is a protective process that the body uses to remove invading organisms or irritants, but too much inflammation can damage healthy cells and contribute to chronic diseases. To help maintain balanced inflammation, cells of the immune system employ a multiprotein oligomer called the NLRP3 inflammasome. This molecular machinery is inactive or “switched off” when cells are healthy, but becomes activated once mitochondria are harmed by stress or bacterial toxins. However, sometimes NLRP3 stays “switched on,” which can cause the excess inflammation seen in chronic inflammatory diseases such as osteoarthritis, gout and Alzheimer’s. 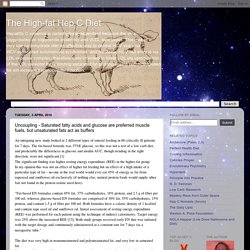 The fat-based formula was 37%E glucose, so this was not a test of a low carb diet, and predictably the differences in glucose and insulin AUC, though trending in the right direction, were not significant.[1] The significant finding was higher resting energy expenditure (REE) in the higher-fat group. In my opinion this was not an effect of higher fat feeding but an effect of a high intake of a particular type of fat – no-one in the real world would ever eat 45% of energy as fat from rapeseed and sunflower oil exclusively (if nothing else, natural protein foods would supply other fats not found in the protein isolate used here).

Approaches to Supporting the Mitochondria 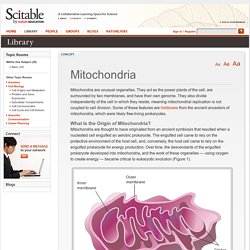 During electron transport, the participating protein complexes push protons from the matrix out to the intermembrane space. Figure 2: The electrochemical proton gradient and ATP synthase At the inner mitochondrial membrane, a high energy electron is passed along an electron transport chain. Mitochondria: The Key to Reversing Disease and Aging? - Blog. If you were to discover the key to reversing or preventing disease processes, slowing or even stopping cellular changes associated with aging, as well as optimizing metabolism and energy production what would you do? 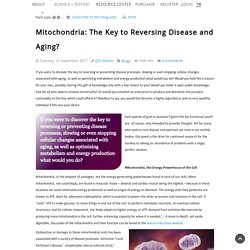 Would you hold this treasure for your own, possibly sharing this gift of knowledge only with a few closest to you? Would you make it open public knowledge, free for all who seek to achieve immortality? Or would you establish an enterprise to produce and distribute this priceless commodity to the few which could afford it? Needless to say, you would fast become a highly regarded as well as very wealthy individual if this was your desire.

Such queries of goal or purpose if given the key to eternal youth are, of course, only intended to provoke thought. Proton Pump Inhibitors Kill Mitochondria And Brain Function. Mitochondria (the part of the cell that creates energy) is very important for cellular health of your whole body. 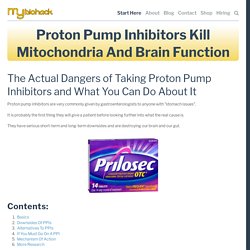 R Decreased mitochondrial function has been linked to almost every disease, but in this way (described below) may help with cancer. R For example PPIs increase oxidative stress to the gut, while depleting glutathione (the body's natural anti-oxidant). R That means PPIs increase reactive oxygen species (ROS - free radicals) by creating mitochondrial dysfunction and increasing NADPH oxidase (which can create more damaging free radicals).

ROS can also change the structure and function of DNA, RNA, lipids and proteins. Essentially, PPIs kill mitochondria's ability to produce energy in every cell in the body via their own proton pumps. 2. PPIs pass the blood brain barrier and cause problem with the brain's mitochondria as well. There is also a positive correlation between PPIs and increased rates of Dementia and Alzheimer's Disease (AD). 3.