Hubble UV deep field: New image shows galaxies galore. One of the biggest leaps in astronomy made by the Hubble Space Telescope was something dreamed up long after it launched: Taking extremely long exposure images of a part of the sky unobscured by foreground junk (like stars, gas, and dust in our own galaxy) to see what could be seen. 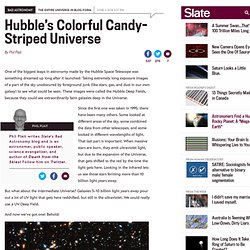 These images were called the Hubble Deep Fields, because they could see extraordinarily faint galaxies deep in the Universe. Phil Plait writes Slate’s Bad Astronomy blog and is an astronomer, public speaker, science evangelizer, and author of Death from the Skies! Follow him on Twitter. Since the first one was taken in 1995, there have been many others. Some looked at different areas of the sky, some combined the data from other telescopes, and some looked in different wavelengths of light. But what about the intermediate Universe? And now we’ve got one! All photos by NASA,ESA, H. (Click to embiggen; I only used part of this amazing image here.)

Hubble’s new UV eyes see the deep universe in ‘living color’ Astronomers using the Hubble Space Telescope have captured the most comprehensive picture ever assembled of the evolving universe and one of the most colorful. 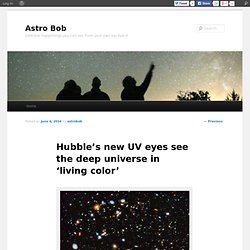 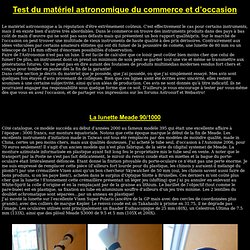 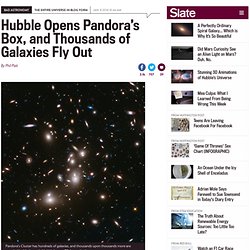 Lotz, M. Mountain, A. Koekemoer, and the HFF Team (STScI) As I was putting together my Best Astronomy Pictures of 2013 page, I was thinking that it had been a while since I had posted a jaw-dropping Hubble shot of galaxies. And then Hubble delivered. That stunning image shows Abell 2744, a huge cluster of galaxies located a mind-numbing 4 billion light years away. I suggest you grab a higher-resolution version of the image (there's even a monster 3900 x 4360 pixel version).

Get this: Those are actually entire galaxies, located far, far behind the cluster. Another fun benefit from gravitational lenses is that they boost the light from more distant galaxies. In the final image, more than 3,000 such distant galaxies can be spotted, some of which have a mass only 1/1,000th of our own Milky Way. This image is stunning.

I’d stop dead in my work, gaping, the hair on the back of my neck rising as those thoughts seeped into my brain. 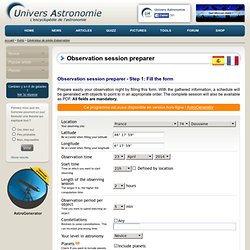 With the gathered information, a schedule will be generated with objects to point to in an appropriate order. The complete session will also be available as PDF. All fields are mandatory. Ce programme est aussi disponible en version hors-ligne ! AstroGenerator Some information and advices The longer your observing session is, the longer the computation will take.

Recently generated sessions (past 2 hours) See also... © 2011 - Univers-Astronomie.fr - the program is intended for personal use, any other use is prohibited. PLANCK HFI - Un regard vers l'origine de l'Univers.

A voir. AstroBin. Astronomy Picture of the Day.